The Williams team raised eyebrows earlier this week in testing with an 'illegal' new winglet, as it continues its push to become Mercedes' closest challenger. Giorgio Piola looks at the Grove team's updates.

Williams has made some solid progress on track – and grabbed some headlines off it – with a pretty aggressive aerodynamic programme that culminated in a number of changes over the last week.

While one part tested this week (that wing in front of the rear wheel) may never see the light of the day at a grand prix, other bits delivered a decent step in Austria and should push the team on to even better things over the next few races.

Performance chief Rob Smedley is one who thinks that the changes – looked at in more detail below – will show much better at the high-speed swoops of Silverstone.

"We added a reasonable amount of downforce here [in Austria] and certainly Silverstone has a higher downforce demand," he said after seeing Felipe Massa finish third at the Red Bull Ring last weekend.

"We saw all the downforce which we were expecting, which is good, and yeah Silverstone is a higher downforce track, so we will be expecting a little bit more there.

"People talk about big changes, but ultimately steps are very incremental. We weren't expecting that it was going to be a winning car but we were just expecting it will give that little bit, and we would be able to chip away at the rest."

Here we look at the changes that Williams delivered. 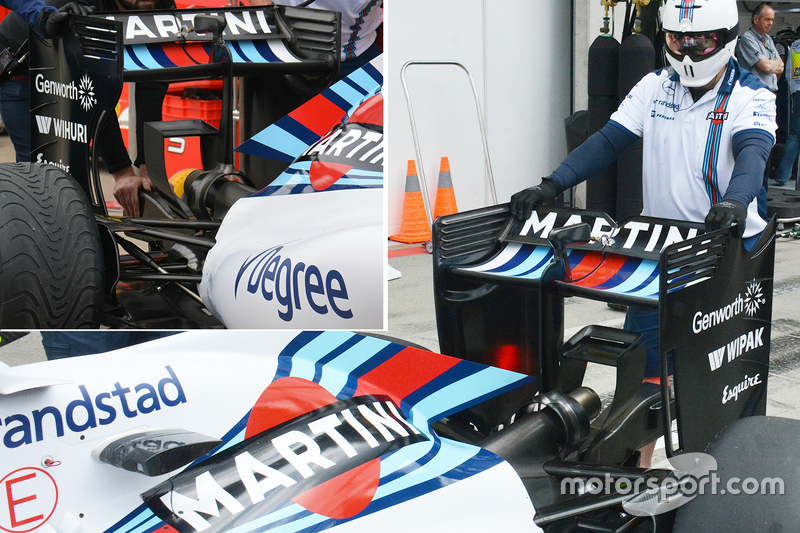 The most obvious change was at the back of the car with a new rear wing.

Williams has had some issues this year with the wing stalling, which is why we saw the return of the monkey seat at recent races to try to help with the aerodynamic balance.

As part of the Austrian Grand Prix package, a new rear wing featured a more rectangular end plate (old version inset) with a V-section cut out of the top plane. 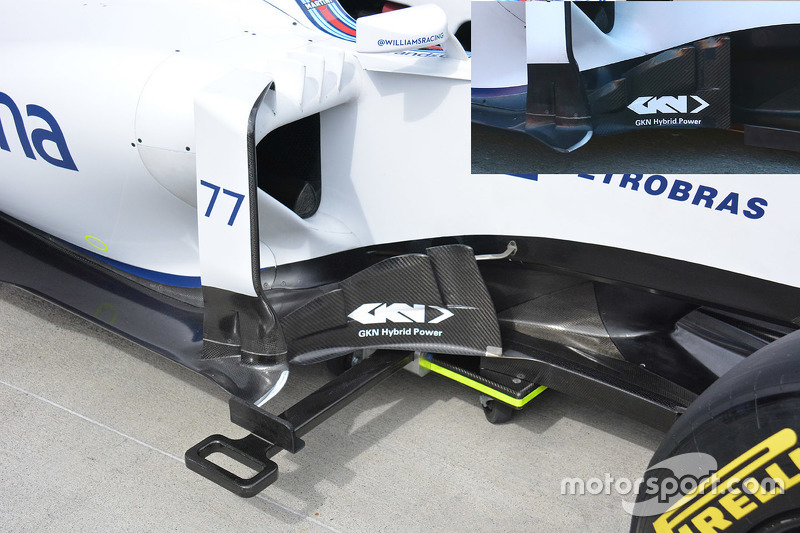 The level of detail that teams work to now is amazing, and Williams showed this when it revised the angle of the gills on some turning vanes in front of the side pods.

The new version featured a more angled gill section; whereas the old version (inset) was vertical. This will have been done to improve airflow in a key area of the car. 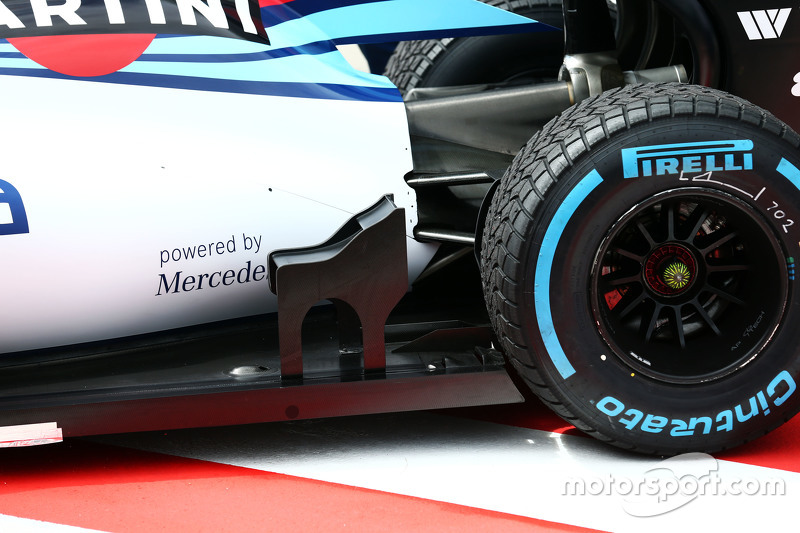 At the post-Austrian GP test, Williams caused a stir on the opening day when it appeared with a winglet just in front of the rear wheels.

A quick check of the rule book showed that it breached regulations that had been in place since 1997 – banning bodywork in front of the rear wheels. 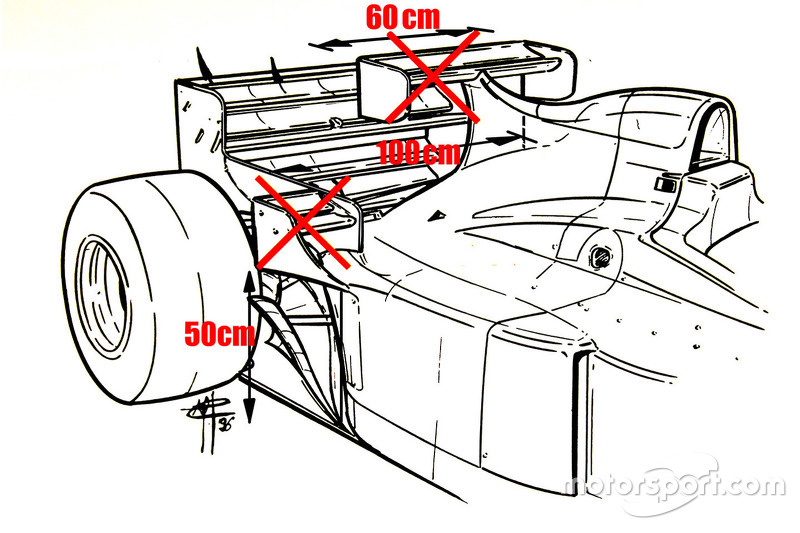 Although the exclusion zone has got bigger since then – meaning bodywork is severely restricted in height and location in front of the rear wheel – the principle is still the same: the rules want to outlaw such downforce creating devices.

Although the winglet would be illegal at races, teams are allowed to run what they like in tests as long as they comply with safety regulations.

It's been confirmed that the winglet was not intended to be raced. It was instead a measuring device – either to simulate downforce or to measure airflow at the rear of the car.

F1 teams told to do more to help tyre supplier

Lotus: Keeping the British end up