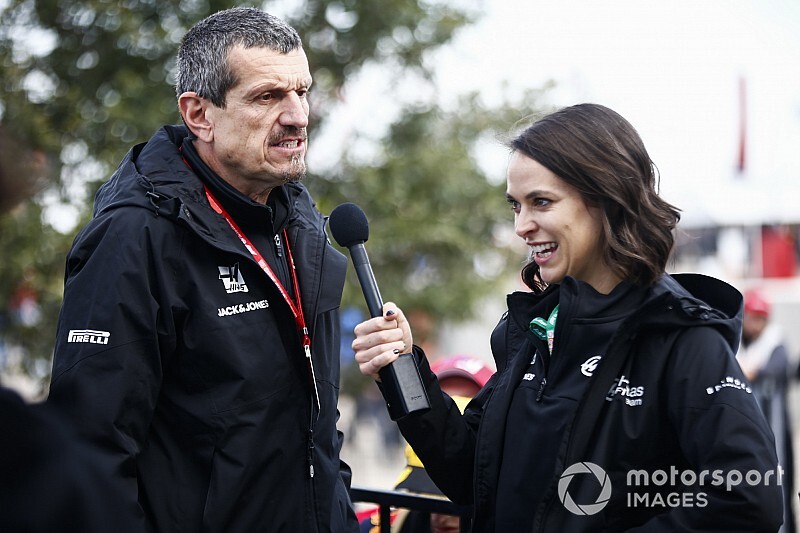 Haas boss Gunther Steiner says past critics like Racing Point should ‘think before it talks’, as its rival found itself at the centre of its own copycat intrigue on the opening day of F1 testing.

Racing Point, under its previous guise Force India, had been outspoken in the past about the similarity between the Haas and Ferrari cars and said it was ‘magic’ how a new team had been so quick in Formula 1.

But with Racing Point having deliberately decided to pursue Mercedes concepts with its 2020 design, Steiner says that the approach Haas had taken in having synergies with Ferrari had been vindicated.

“Sometimes you have to think before you talk, I will say that one, because maybe one day it's your turn and then you cannot go against [it],” said Steiner about the Racing Point intrigue. “As we all know, they complained quite heavily a few years ago, so now it is going full circle. It is up to them. I don't really care.”

Steiner was clear, however, that he saw no wrong in Racing Point having chosen to go down the Mercedes route with its new car: “I would put it like this. They use a lot of Mercedes parts on their car, so why would they go and copy a Red Bull? It's the same with us.

“We buy a lot of parts from Ferrari. So which car are we going to copy? I guess a Ferrari. I mean, if you will copy a Toro Rosso or a Red Bull we would be pretty stupid because we would try to invent something which is not there.

“So I think they're just doing what we are doing: just trying to get the best out of it and use that model.”

AlphaTauri team principal Franz Tost said he was not surprised that the Racing Point and Mercedes cars looked so similar, based on the fact that they share suspension and gearbox designs.

“I don't know how much they have from the front suspension and from the aerodynamic point of view, as normally this is listed. But I accept... or let me say it in this way, I see that Racing Point went into the same direction of the development, and they have come up to similar solutions. But everything is within the regulations.”