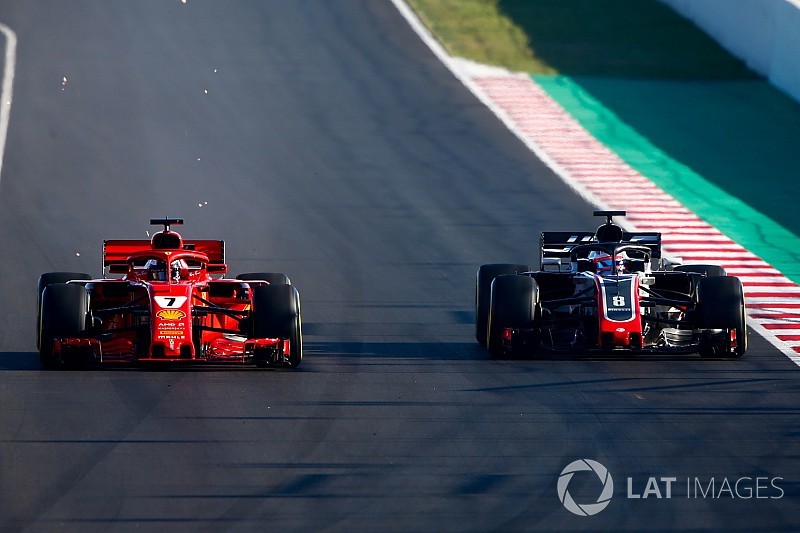 Haas locked out the third row of the grid in qualifying for the season-opening Australian Grand Prix and ran fourth and fifth ahead of Red Bull before pitstop mistakes condemned Kevin Magnussen and Romain Grosjean to retirement.

It triggered fresh questions over Haas's working relationship with Ferrari, which supplies the team with parts it does not need to build itself but also allows Dallara, Haas's chassis partner, to use its windtunnel.

F1's sporting regulations strictly forbid the passing on or receiving of information on parts teams are supposed to produce themselves, a move also designed to stop personnel being rotated between projects.

Force India chief operating officer Otmar Szafnauer wants the application of those restrictions discussed in the next meeting of F1's Strategy Group.

"I just don't know how it can be right that someone who's been in the sport for a couple of years with no resource could produce a car [like this]… does it happen by magic?

McLaren driver Fernando Alonso labelled the 2018 Haas a "Ferrari replica" in Melbourne, and his team's executive director Zak Brown told Motorsport.com it was "something that needs to be looked at closely".

Haas driver Romain Grosjean said the use of Ferrari's front suspension, which the regulations allow, would naturally dictate the major aerodynamic design points because of the way the air flows over the rest of the car.

Brown admitted "I don't have any evidence" to suggest Haas was not operating within the rules, but said: "We all know they have a very close alliance with Ferrari and I think we just need to make sure it's not too close.

"There could be some influence, there's certainly some parts of the car that look very similar to last year's car.

"But that's for the engineers and the FIA to look at more closely."

Brown and Szafnauer both said multiple teams would support a clarification over the Ferrari/Haas arrangement.

Szafnauer said he wanted the FIA to explain the process for ensuring the guidelines were being respected.

"All the aerodynamic surfaces have to be your own," he said. "If they're not, I don't know how you can tell unless you start investigating.

"Scrutineering only tells you that it fits within the boxes of the regulations.

"Is it yours or somebody else's [idea]? That's the real question. And I don't know the answer to that.

"Maybe it is their own, it's just suspect - how can you gain that knowledge without history and the right tools and people?"

Asked by Motorsport.com on the Ferrari comments earlier in the weekend, Steiner said: "We have a team that can be proud of what it is achieving at the moment.

"We are not doing anything we shouldn't be doing or not allowed to do."

How McLaren was found out in Australia