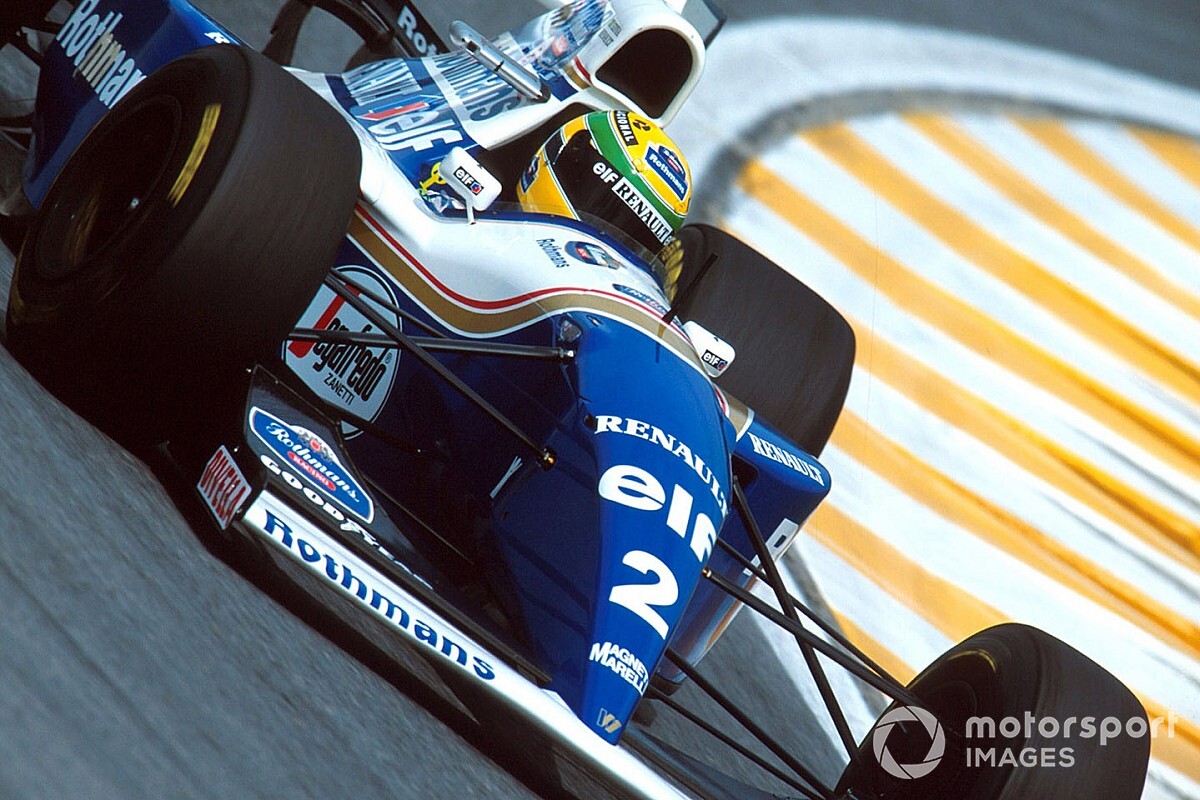 Ayrton Senna had a contract with Williams ready to sign for the 1992 Formula 1 season, but remained at McLaren due to his loyalty to Honda, it has been revealed.

Senna won his third and final F1 world championship for McLaren in 1991, but was out of contract at the end of that year and considering his options.

Senna was known to be keen on a move to Williams, but did not secure a switch until the 1994 season. He was killed in an accident in the early stages of the San Marino Grand Prix, the third round of that year.

But it has now emerged that Senna could have made the move as early as 1992, having arrived at the Belgian Grand Prix of the previous year holding contracts from both Williams and McLaren ready to sign.

"Ayrton wanted to go to Williams, but he was loyal to Honda," Senna's former manager, Julian Jakobi, revealed in the latest Beyond the Grid podcast.

"His basic instinct was to go to Williams earlier, but he was loyal particularly to Mr. [Nobuhiko] Kawamoto, who was the president of Honda.

"He was very close to him, because Honda had basically brought themselves and Ayrton to McLaren in 1988, and they'd won three championships together.

"Even late '91, when he won the third championship, he didn't feel instinctively that the Honda was what it was, and he was worried about the future."

Jakobi had expected Senna to sign a deal with Williams ahead of the race at Spa, only for the Brazilian to change his mind overnight after a call with Honda president Kawamoto.

"I remember going to Spa with two contracts for Ayrton, one for McLaren and one for Williams. And Ayrton knew, I think, that he should have gone to Williams," Jakobi said.

"We had both contracts ready to sign. And we thought on Sunday morning that he was going to sign with Williams.

"But then he'd spoken to Kawamoto in overnight in Japan, and he came in on a Sunday morning and he said: 'I'm going to stay another year'. So he stayed at McLaren for '92."

Williams would go on to dominate the 1992 season as Nigel Mansell claimed the world title with nine wins and 14 pole positions from 16 races. Senna picked up just three wins, languishing fourth in the final standings.

Jakobi believes that if Senna had signed for Williams in 1992, Mansell would not have been racing for the team.

"He could have already gone for '92, and Nigel probably wouldn't have been there," Jakobi said.

"And that's the year he won the championship. But then when Ayrton backed out, Mansell stayed. So Kawamoto persuaded him to stay and that Honda would remain committed.

"It was a really difficult decision. And in the end it was down to him. All we could do was present both alternatives. In the end, he chose loyalty."

Honda would ultimately pull out of F1 after the 1992 season, prompting Senna to consider not racing at all in '93 and take a sabbatical as Alain Prost had done the previous year.

"Honda decided to pull out, and they told Ayrton I think three months before they told Ron [Dennis], and he was devastated," Jakobi said.

"Then we had to find another drive for '93. How close did he come to not driving in 1993? The answer is pretty close."

Hungarian GP would only happen behind closed doors