Carlos Sainz hit the track as a Ferrari Formula 1 driver for the first time on Wednesday morning, commencing his private test running at Fiorano. 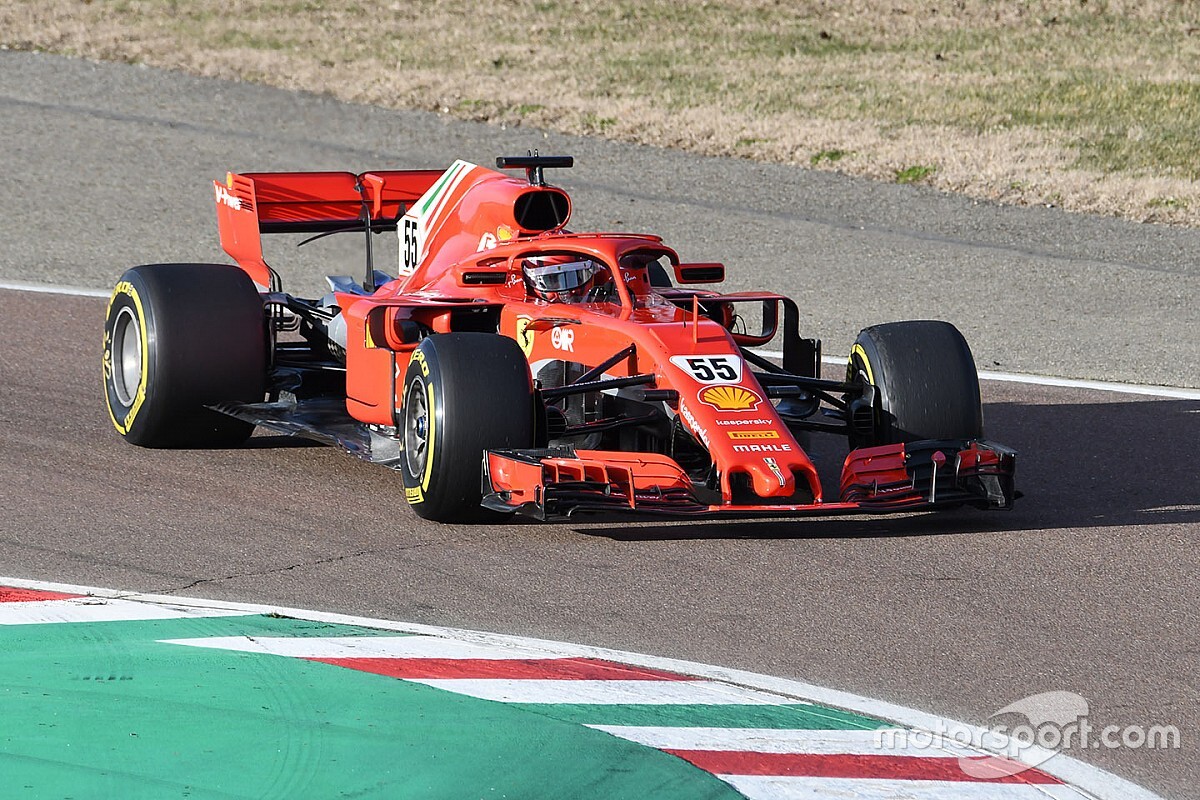 Following Sainz’s winter move from McLaren, Ferrari had always planned to give the two-time F1 podium finisher some private running in one of its older cars in a bid to get him up to speed ahead of the new season.

With pre-season testing cut back to just three days in 2021 - down from six last year - a run-out in one of Ferrari’s older cars was intended to help Sainz assimilate with his new race crew and get used to the team’s systems.

Ferrari announced last week that it would be staging a five-day test at its Fiorano test track this week featuring seven drivers, including Sainz, using the 2018-spec Ferrari SF71H. The car is more than two years old, meaning there are no restrictions on its test usage.

On Wednesday morning, Sainz took to the track in the Ferrari for the first time, adorned with his car number 55 and sporting a black and red helmet.

It marks Sainz’s first time on-track since his last appearance for McLaren in Abu Dhabi at the end of last season, just over six weeks ago.

Since then, Sainz has already spent lots of time with Ferrari at its Maranello factory, working with his new colleagues and completing some runs in the simulator.

Sainz is set to complete an extensive test programme on-track across all of Wednesday and on Thursday morning, giving him the chance to get up to speed with the team.

He has already been at Fiorano this week to work with the engineers during teammate Charles Leclerc’s run on Tuesday, when the Monegasque driver completed more than 100 laps.

Sainz will get his first chance to sample the 2021 car, the Ferrari SF21, when pre-season testing takes place in Bahrain from 12-14 March.

Following the end of Sainz’s on-track running on Thursday, Haas F1 driver and Ferrari junior Mick Schumacher will take over in the cockpit of the SF71H until Friday afternoon. Ferrari test driver Callum Ilott is then scheduled to round out the test.

Ferrari youngsters Giuliano Alesi, Robert Shwartzman and Marcus Armstrong all featured in the test on Monday, splitting duties across the day at Fiorano.