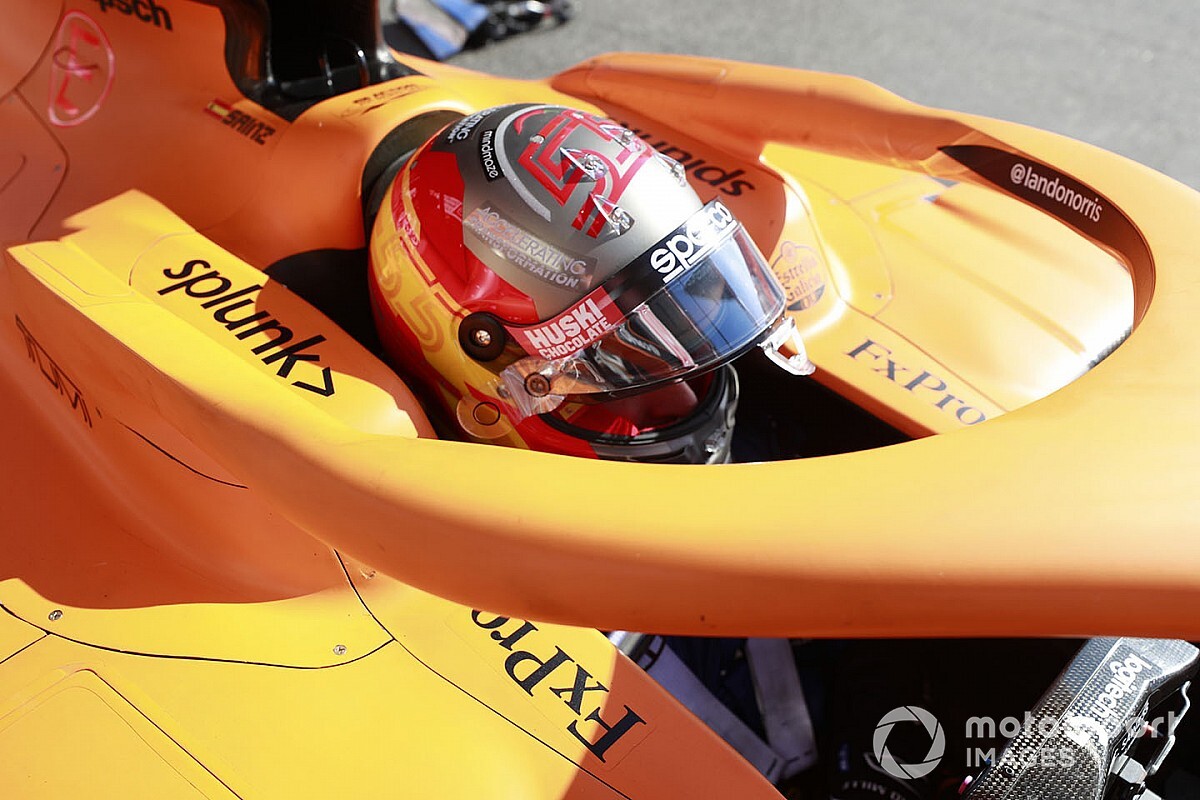 Carlos Sainz believes Formula 1 drivers will struggle with their necks in the first race of 2020 when the sport finally resumes following the COVID-19 crisis.

With F1 races already cancelled or postponed until at least July, drivers are set to face at least some five months without getting behind the wheel of a grand prix car.

While all of them keep working out from home to stay in shape for when F1 resumes, Sainz says no training can prepare them for the demands F1 machinery puts on their necks during races.

"It affects you a lot, especially the neck," Sainz said of the long period without driving an F1 car. "No matter how hard you train at home, it's impossible to generate the g-forces you are going to get in an F1 car.

"The circuit they choose for the first race is going to have a big influence on how much drivers will struggle after all those months without driving or train the neck. It will be a very tough challenge.

"Right now Austria is the first race that's not cancelled (sic). It's not one of the toughest circuits but we are going to suffer on the fast corners.

"If the first race was in Hungary or Singapore, I can assure you many drivers would finish the race being close to collapsing.

"People can't imagine the stress the body suffers during a grand prix. The only way to be fit to drive an F1 car is by driving an F1 car," added Sainz.

The Spanish driver insisted that once the racing resumes, Formula 1 needs to make sure it takes all the necessary safety measures for its staff and the people in the countries it visits.

"I think F1 and the teams are going to need to be very careful with how the staff travels," he said.

"They can't move us from one place to the next without some more than reasonable safety guarantees for all, both those of us who travel with F1 and those in the countries with visit.

"I want to get back to normal as soon as possible, but not at any price. These days the drivers are in contact with the FIA and FOM mainly through the GPDA. Nothing has been decided yet, but I know several ideas are being considered for when racing resumes."

Will F1 badly need an overtaking solution in 2021?