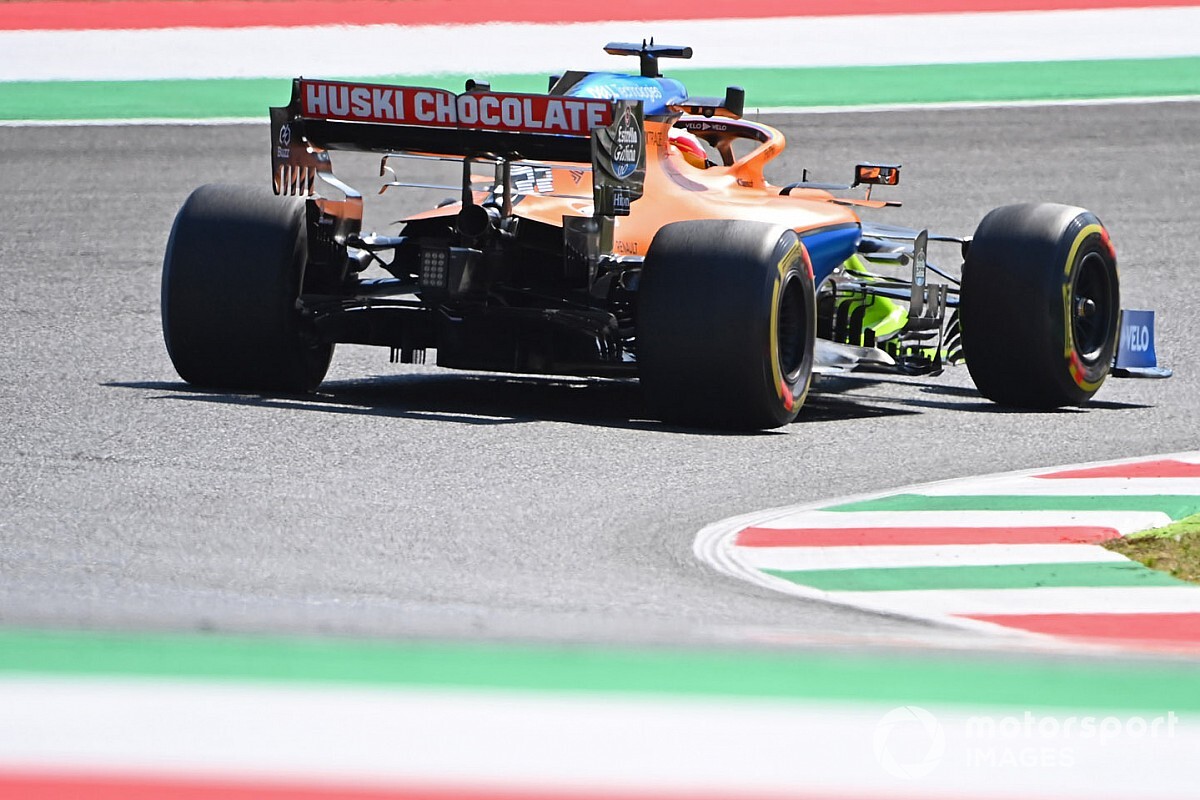 McLaren driver Carlos Sainz says the cambered corners at Mugello can create better racing – and that should give Formula 1 something to consider for future track designs.

Sainz said that the cambers allowed drivers in the F2 and F3 support events at the Tuscan GP to take different lines, and thus have more chance of racing each other.

However, he conceded that the benefit may not be as clear cut in Sunday’s F1 race, due to the higher dependence on aerodynamics.

Sainz, who recently questioned the balance of risk and reward at Spa due to the large run-off areas, also likes the fact that Mugello is lined with gravel.

“Honestly, the track itself for me is fun,” he said. “It's a bit repetitive with the same kind of corner. But it's really good fun. But mainly what I like on this track, there's two things.

“It's the gravel traps, I think it's great to see the gravel traps back, and it's probably going to give the FIA some confidence that these kind of run-off areas work to protect from track limits and all those issues that we're having in other tracks. So it was nice to see.

“And then the other thing which I think we shouldn't underestimate is the camber. If you watch the F3 and F3 races, you can see cars trying very different lines in very long corners.

“And the only way that that is happening is because of the camber, which allows you to go up in the corner, or be lower in the corner, and have the same amount of grip on the inside and on the outside of the corner in F3 and F2.”

Sainz said he doesn’t like the modern generation tracks.

“I don't know why F1 went away from cambered corners in the new philosophy of tracks, which I'm not a big fan of.

“If you see Abu Dhabi, Russia, you see off-cambered corners that create pretty boring racing. Here you see these big cambers that allow drivers to take different lines in the corners, and it allows everyone to just offset the car aerodynamically to the car in front, and it creates a much better show, and much better racing.

“So something to learn here, I think. I don't think it would change a lot in F1, I think in F1 it's still very difficult to follow, but the camber definitely helps.”