Valtteri Bottas won the Russian Grand Prix for Mercedes at Sochi, round 10 of the Formula 1 World Championship, after Mercedes teammate Lewis Hamilton was handed two penalties that cost him the lead. 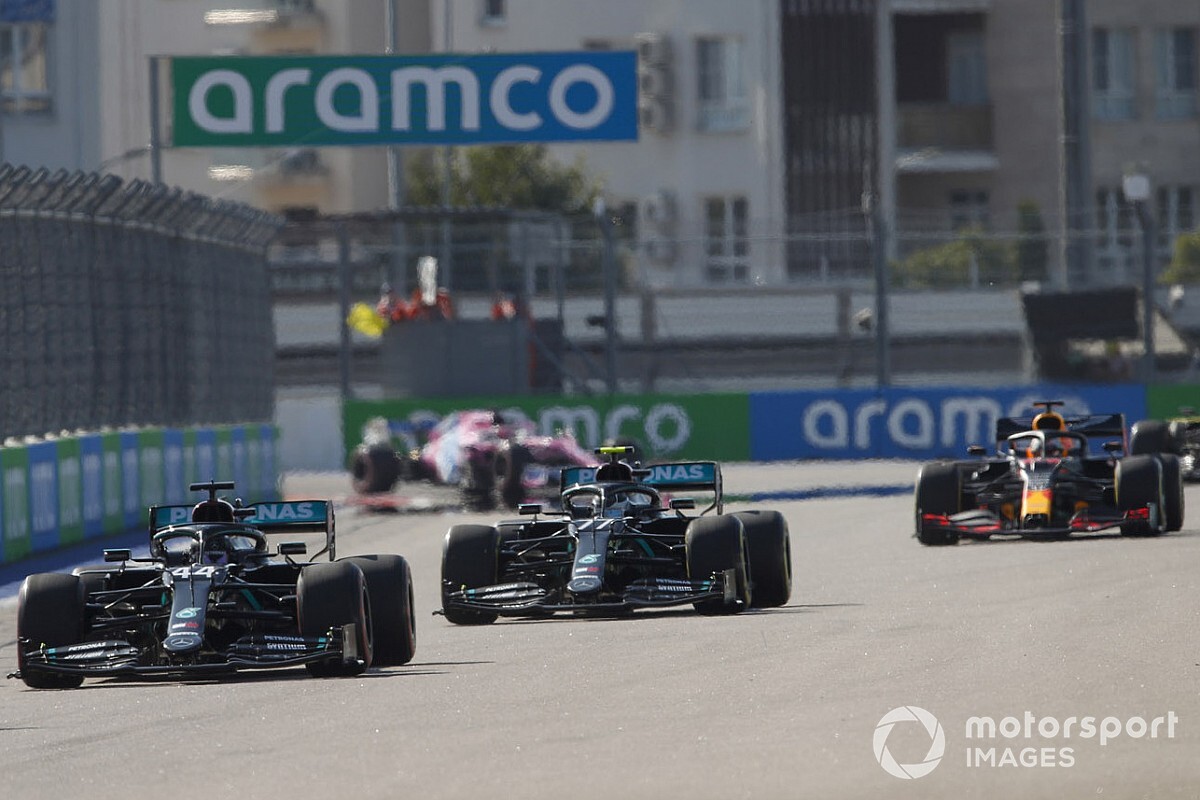 From pole position, Hamilton led the charge from pole position – starting on the soft tyre as opposed to rivals Bottas and Max Verstappen (Red Bull) on the mediums. But his race winning hopes were truly dashed by race control, which revealed two 5-second penalties for practice start violations.

Mercedes decided to pit Hamilton early, putting him on the hard tyres for the rest of the race. Bottas was released out front and pulled well clear of the opposition, which was led by Verstappen.

Hamilton recovered to finish third, complaining multiple times about the penalties and that the team stopped him too early, ahead of Racing Point’s Sergio Perez.

Renault’s Daniel Ricciardo got a 5s time penalty for not going through the Turn 2 bollards after overshooting while he passed teammate Esteban Ocon, but he pulled out enough of a gap over Ferrari’s Charles Leclerc to make that irrelevant to claim fifth.

AlphaTauri’s Daniil Kvyat started the race on hard tyres, and ran as high as third before stopping. He charged back to eighth on fresh rubber, but couldn’t find a way past Ocon, with teammate Pierre Gasly also making a late stop and passing Alex Albon (who scored the final point) and Lando Norris to take ninth.

Alfa Romeo’s Kimi Raikkonen ran in the points for a while on the day he equalled Rubens Barichello’s record of F1 starts, but finished 14th after a slow pitstop.

Carlos Sainz and Lance Stroll went out of the race on the opening lap after crashes.