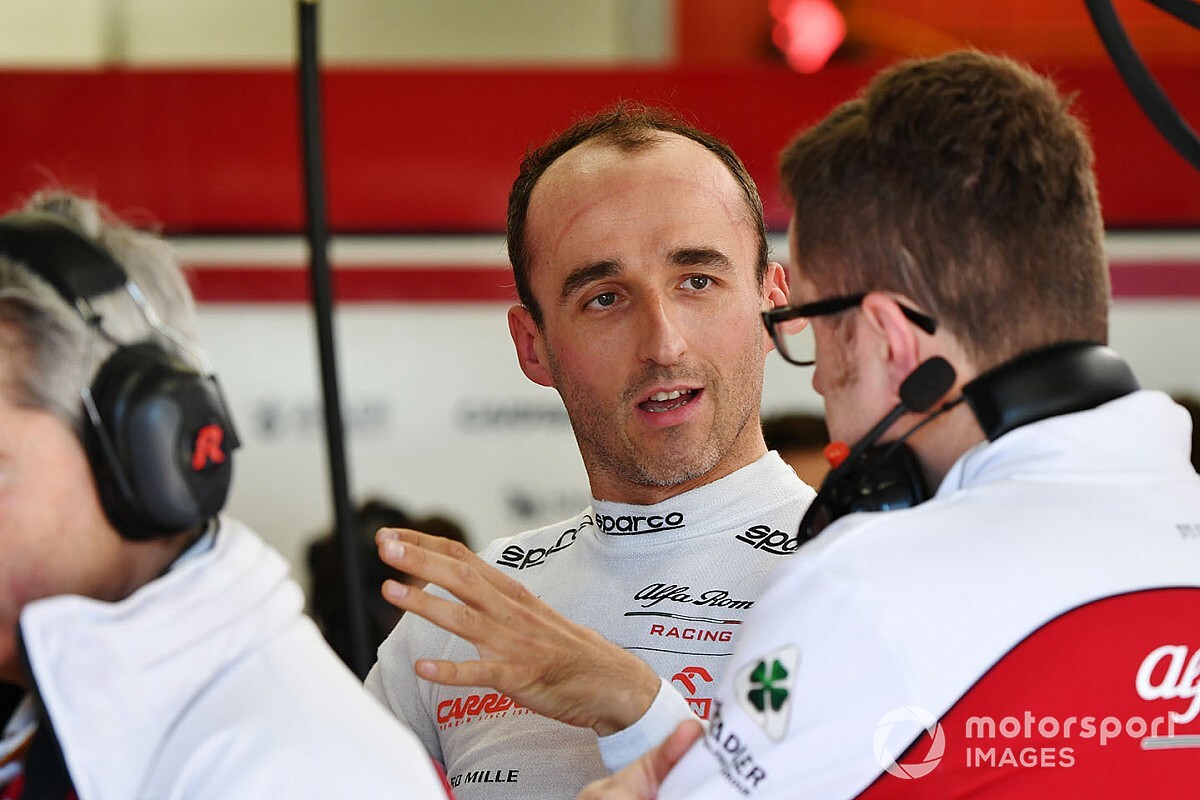 Robert Kubica says he is “almost laughing” at the idea of his 2020 racing schedule being too busy between Formula 1 and DTM duties before the COVID-19 pandemic hit.

After losing his Williams F1 seat at the end of last year, one-time grand prix winner Kubica secured a move into DTM for 2020, racing a customer BMW M4 with Team ART.

The Pole also joined Alfa Romeo Racing as its new F1 reserve driver in support of Kimi Raikkonen and Antonio Giovinazzi, sampling the car during pre-season testing in February. Balancing duties across F1 and DTM was set to leave Kubica with a busy schedule through this year, only for the COVID-19 pandemic to put both series on hold before their seasons had begun.

“This year was supposed to be tough because I was doing two championships: the reserve driver role with some FP1 sessions in F1 with Alfa Romeo, and the full DTM season in a BMW with Orlen Team ART,” Kubica told GP Racing Magazine.

“There were times when I looked at my calendar and thought: ‘No, this is too much.’ There were months when I wasn’t able to come home for even two days. There were periods when I had 11 [race] weekends in a row, then one weekend off, then another four or five weekends in a row.

"The reality is that we would all love to be back, to race, and hopefully this moment will arrive. Our lives will have to adapt – the situation will evolve and get better, but it will still not be the case from one day to another that we go back to the lifestyle we had a few months ago.”

Kubica made his on-track return following the suspension of racing in a DTM test at the Nurburgring recently, with the new season-opener set to take place at Spa on 1 August. A revised nine-round DTM calendar has been announced for 2020, while F1 has confirmed the opening eight races of its new schedule, starting in Austria on 5 July.

Kubica said that while he was eager to make a return to racing, it was important for the necessary precautions to be taken in order to maintain everyone’s safety.

“We’ll have to react to the situation as it develops, take all precautions and minimise the risks,” Kubica said. “It’s a delicate situation because from one side we would love to race, and I think anyone who is passionate about motorsport would like to see us racing again.

“But on the other hand we cannot take big risks because as we’ve seen, this can get very serious. It’s a strong and invisible opponent we’re playing against. You never know what might happen in the coming weeks.”

What it’s like to replace your “F1 idol” at Ferrari