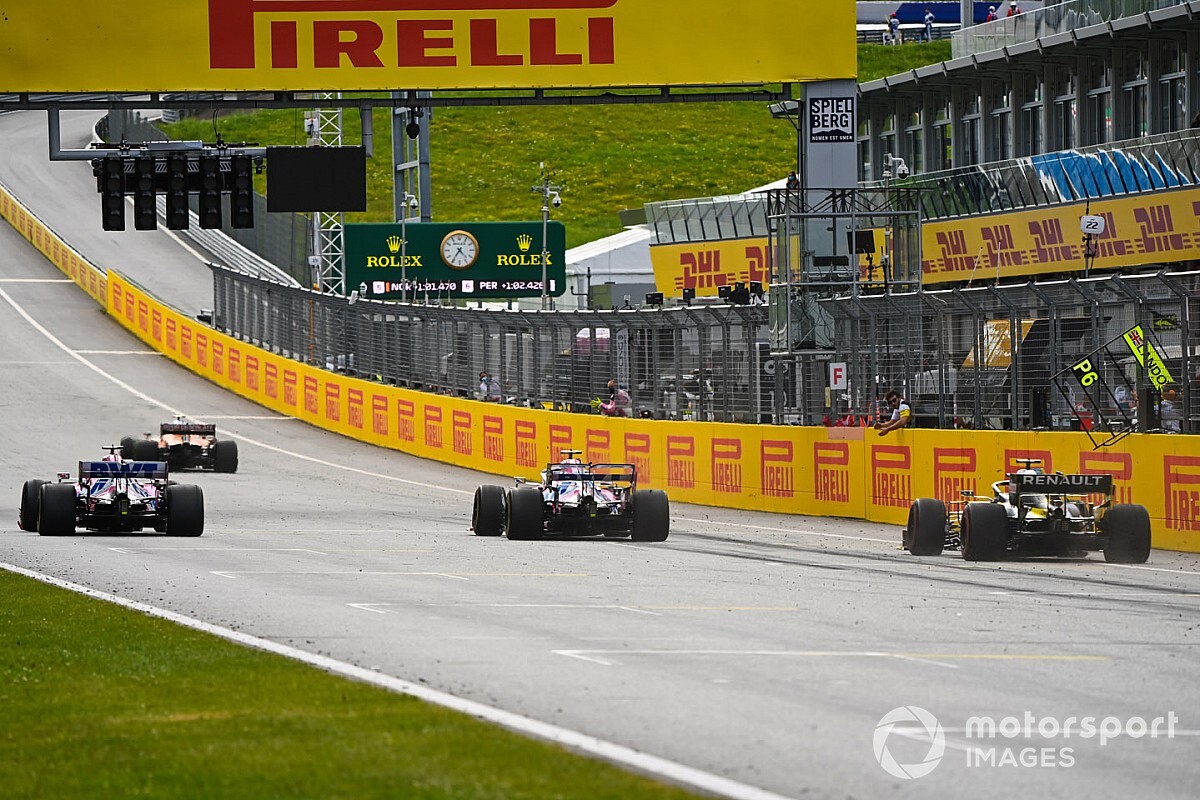 Daniel Ricciardo has vented his frustration at a "desperate" move by Lance Stroll and felt the Racing Point driver should have penalised for their clash during the Styrian Grand Prix.

The Renault Formula 1 driver had been defending sixth place against Stroll in the closing stages, with McLaren's Lando Norris closing down on the pair, and on lap 70 the Canadian driver dived up the inside of Turn 3, forcing both him and Ricciardo off the track.

Ricciardo felt Stroll deserved a penalty for the clash but in a post-race FIA race stewards investigation no action was taken on the Racing Point driver for the incident.

Ricciardo strongly disagreed with the outcome, having felt he needed to take action to avoid crashing with the Canadian driver.

"Firstly he didn't really get past, he forced both of us off the track," Ricciardo said to Sky Sports F1.

"I'll always be critical of myself and I should have closed the door but I don't think he was ever making the move so I think it was desperate.

"I think Lando was coming and I think he had to do something otherwise Lando was going to eat him up. I take the apex and we crash, so that is a frustrating end and we lost a position to Lando.

"I think we will get the one back on Stroll, but it still doesn't… it is a bit of a shame to end the race like that."

The race stewards saw the clash as a racing incident, something Stroll agreed with.

"I was catching Ricciardo but I spent the whole second stint really trying to get a good run on him but he was very strong into Turn 1 and out of Turn 1.

"That made it very challenging for me to get by. And finally I saw an opportunity, it was a very small one and I went for it. It turned out to be really hectic last lap, but a very exciting for everyone."