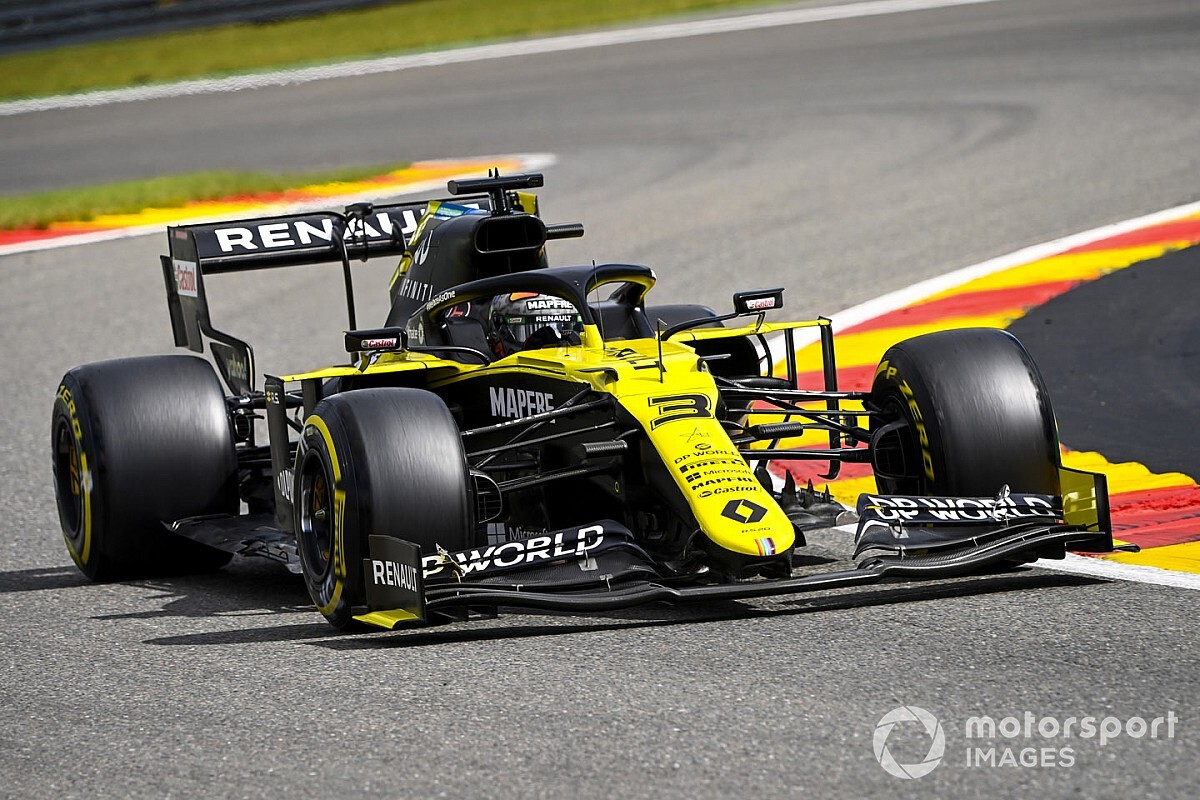 Daniel Ricciardo says a set-up "discovery" that first emerged at the 70th Anniversary Grand Prix has been key to getting his Renault in to a sweet spot of performance.

The French car manufacturer is heading to the Italian Grand Prix bullish about its chances after an encouraging showing in Belgium last weekend.

Ricciardo and teammate Esteban Ocon finished fourth and fifth at Spa for its best result of the season, as the duo now eye a potential podium at Monza.

While the strong Spa form was helped by the Renault being better balanced in low-downforce configuration, Ricciardo thinks that of equal importance is a set-up configuration that he first nailed in Friday practice at the second Silverstone race.

"There is definitely something we picked up from Silverstone – like a sweet spot," he said.

"I found it in terms of feeling in the car: 'right, this is where we need to run the car'. And we played around a bit here as well this weekend with it.

"And again there was one session, I think it was in FP2, where I was like: 'okay we found the sweet spot.' So there is something fundamental which I think we've got a good choke hold on."

Ricciardo feels that Renault now understands a lot more about the strengths of its RS20 car – and is hopeful that the set-up will carry over to higher downforce tracks too.

"I think we can get it working on high downforce tracks," he said. "It's not typical to low downforce. We can run it on all levels, so I think it's just finding what works best with a high downforce.

"It certainly brings the car alive. So yeah that's something which I'm pretty confident in: where the RS20 likes to be run.

Ricciardo suggests that the transformation of the Renault in low-downforce trim could even be good enough for it to consider trying out some radical ideas in terms of wing choice at other venues.

"I think we have to assess, because obviously a lot of the time you go to a high downforce circuit and you just don't even question it," he said.

"We put the big wing on because that's going to be fastest, but I don't know. I wonder if we try running lower at some typical high [downforce] circuits, and accept that that's a weakness now, and maybe see if we can make something work more with a smaller wing."

Hamilton "broke down" at news of Boseman's death