Daniel Ricciardo says he wants to be in "a prime spot" to fight for the Formula 1 title in 2024 should McLaren be ready to challenge for the championship then.

Team boss Zak Brown said earlier this month that the Woking-based outfit will have no excuses not to be in a position to fight for the titles by 2024, once all its infrastructures - including its new wind tunnel - are in place and functioning at full capacity.

"What I will say is we will have caught up by 2024 with all of our infrastructure, most specifically the wind tunnel," Brown said. "I think we'll have no excuses come the 2024 season."

McLaren, which has used Toyota's wind tunnel in Cologne for nearly a decade, announced in 2019 plans to build its own tunnel, although the construction - expected to take around two years - was delayed by the pandemic.

Ricciardo's current contract with McLaren runs until 2023, but he feels the team still needs a few years before it can catch up with F1's frontrunners.

"I understand that the team is on a great trajectory, but now there are still a few hurdles in place that are probably going to stop us, let's say, fighting for a championship for the next year or two," Ricciardo said.

"I think me, looking at it now, I really look to just to try and keep building on where I am now over the next couple of years with McLaren, and then hopefully put myself in a prime spot for that '24 season.

"It sounds crazy to talk that far ahead. But yeah, sometimes you've got to think like that."

Ricciardo joined McLaren from Renault this year but has struggled to adapt to the characteristics of the British car and has been overshadowed by teammate Lando Norris so far in 2021.

The 32-year-old recognises that getting up to speed with a new team is a process that will take time, and admits he is handling the situation better having matured over the years.

"Don't get me wrong, I'm definitely trying! I want all the glory today! But I guess the experience tells me that it's definitely a process," he said.

"But I guess with the age and wisdom and probably maturity comes some more composure than say, when I was younger, expecting the world from everything and it wasn't happening

"Then yeah, I probably would have thrown a few tantrums by now and lost it mentally so to speak.

"So that's where being here for a while now kinda helps take a breath, step back, go through it and understand that there's a reason why things aren't great right now. I need to find some answers as opposed to just throw my hands up and walk away from it all." 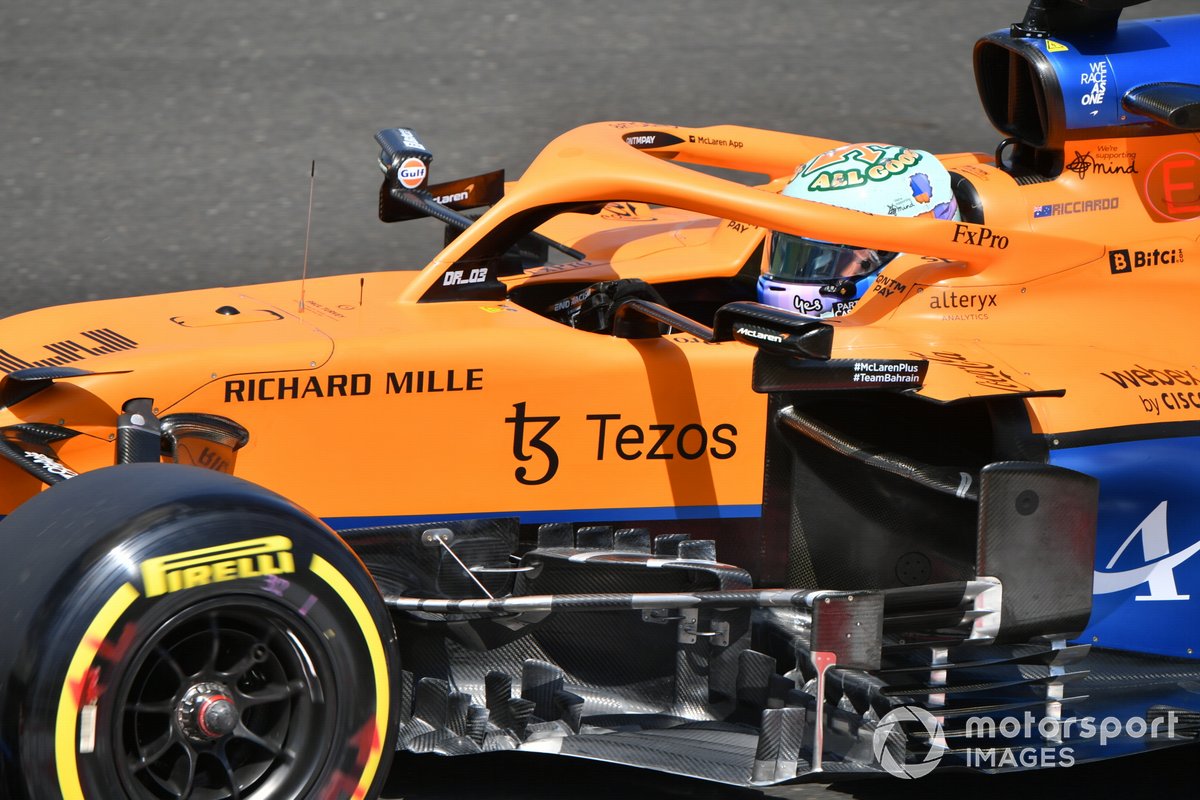 The Australian has won seven F1 races - his last victory coming in the 2018 Monaco GP with Red Bull - and he concedes that, having not driven for a frontrunning team for nearly three years, he's had to adapt his mentality to stay fully motivated.

"In a way you have to change a little bit. I don't know its mindset, goals, target, but you have to create different victories in your mind where a victory might not always be first place.

"Going back to last year a victory at Renault was getting that car onto the podium. I knew if I was able to do that would give me that satisfaction.

"So ultimately, yes, nothing beats winning and that's what I signed up for when I was young trying to do all this.

"I know you're only going to win if you're in that top team or maybe those four cars a year. If you're not, you've got to set other targets for yourself and keep your stock high, keep your motivation high.

"It's probably the only sport in the world that has such a low win percentage. Like… I'll refer to a team sport - 50 percent of the time you're winning. Where F1, I dunno, my win ratio is probably like two percent or something. It's crazy. You find other ways to enjoy it I guess."