Daniel Ricciardo believes it is "early days" to talk up Renault's chances of a podium finish at the Russian Grand Prix despite feeling "hooked up" in Friday's Formula 1 practice running. 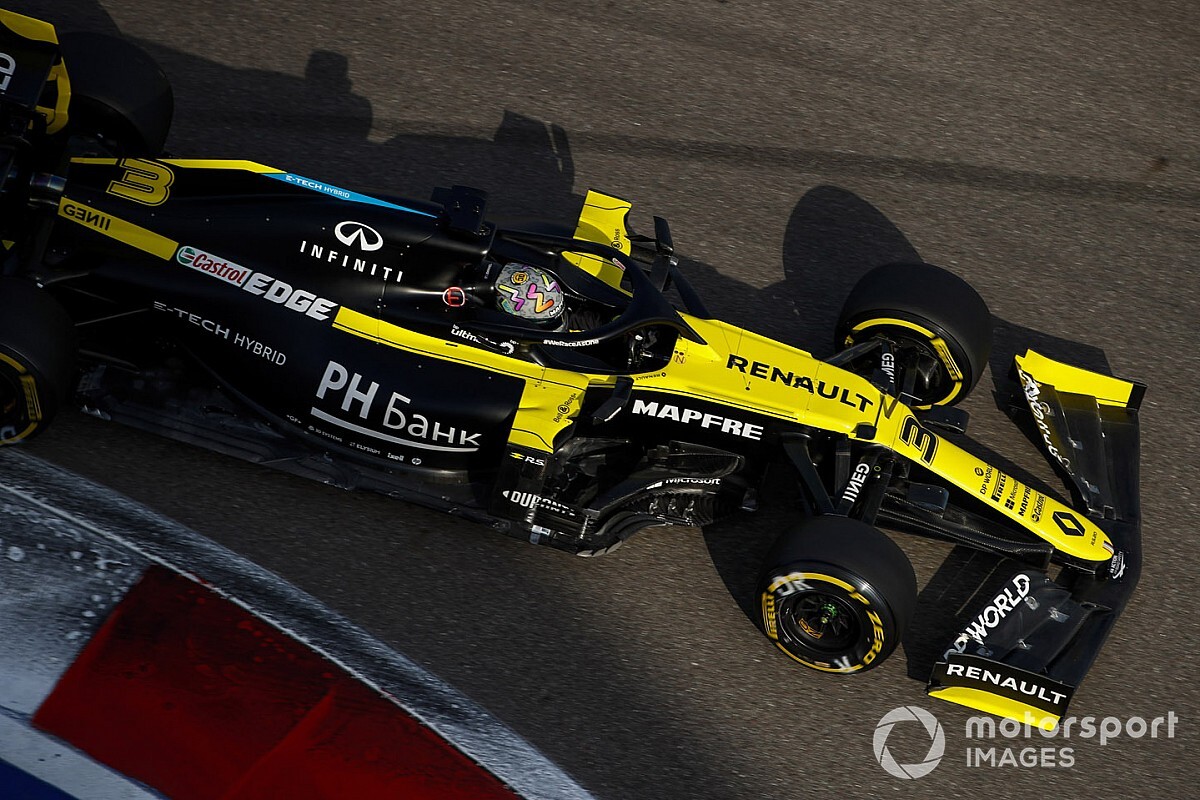 Ricciardo managed to finish as the best of the rest behind the dominant Mercedes drivers on Friday at the Sochi Autodrom, ending second practice in third place, more than a second off pace-setter Valtteri Bottas' time.

Ricciardo was able to beat McLaren drivers Carlos Sainz and Lando Norris, who took fourth and fifth respectively, and finished half a second clear of Red Bull's Max Verstappen.

Verstappen said he thought Renault would be "tough" to beat to third place in qualifying on Saturday, with Ricciardo acknowledging that he felt comfortable in the car around Sochi.

"It's probably the first time I've ever really been hooked up around here," Ricciardo said. "It felt good. I think the first run this morning was already, I was on it, and stayed on it for the rest of the day.

"So yeah, really happy with another good Friday."

Ricciardo has finished fourth in two of the last three races, narrowly missing out on a breakthrough podium for Renault at both Spa and Mugello.

The Australian has a long-running tattoo bet with Renault team principal Cyril Abiteboul that he is eager to cash in on before his exit at the end of the season.

Asked if he could target a podium in Sochi, Ricciardo said that it was "early days".

"If we can put it here in qualy, then for sure, I'll be confident of that," Ricciardo said.

"I think there's all the cars around two- or three-tenths of us, and I'm sure that will be the battle tomorrow.

"It's all going to close up, so if we can get and stay that tenth ahead, then we'll look alright."

Ricciardo's teammate Esteban Ocon lapped almost half a second slower in second practice, but was reassured by his engineer that the gap could be explained by the different approaches the drivers were taking in the session.

The Frenchman felt Renault had the chance of doing "properly well' in Sochi, judging by its Friday form.

"With the car, we have the potential of doing properly well this weekend, it feels good," Ocon said.

"We had plenty of testing, so we'll have everything to go through and analyse properly. But tomorrow, it's up to us to put everything together and make it happen.

"We know the pace which is promising, so it's up to us to make it happen tomorrow."