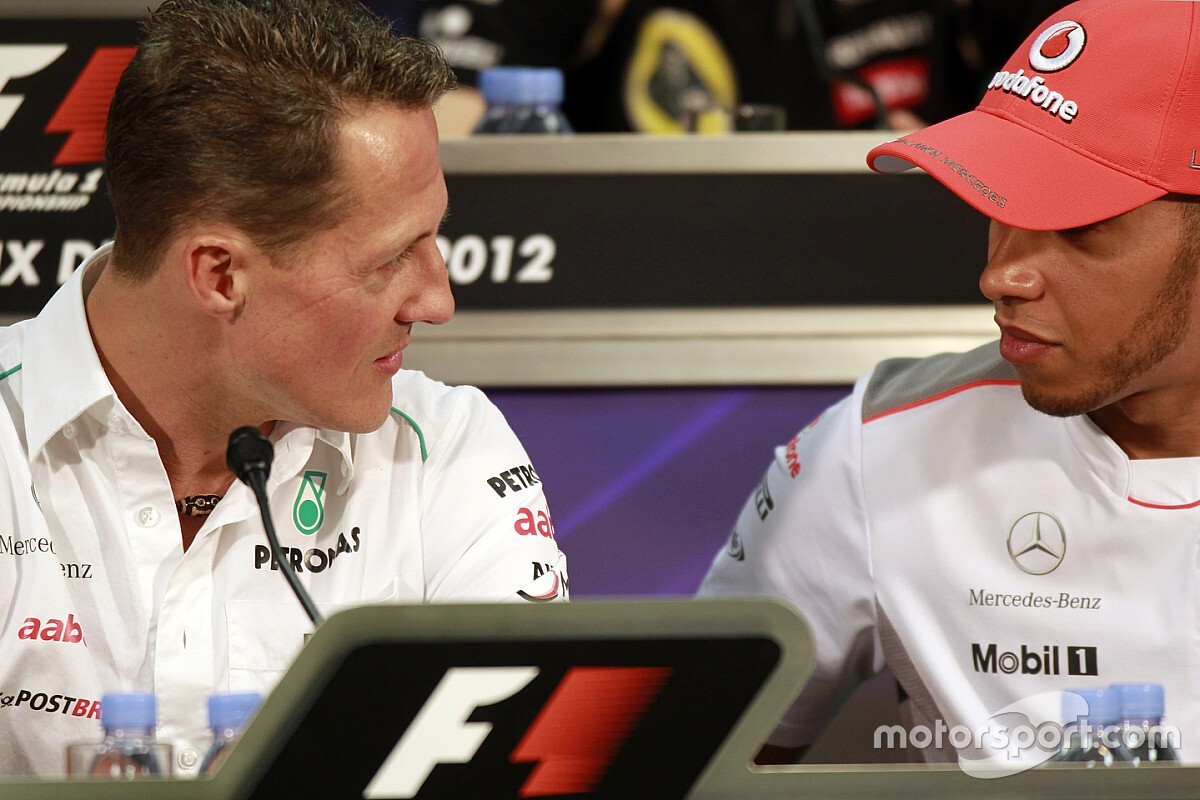 Formula 2 championship leader Mick Schumacher says his father Michael had always told him that “records are there to be broken”, as Lewis Hamilton closes in on becoming Formula 1’s joint winningest driver.

Hamilton has enjoyed incredible success since his move to Mercedes in 2013 prior to the advent of the hybrid era the following year, winning 69 races to add to his 21 triumphs with McLaren.

Should Hamilton win this weekend's Russian Grand Prix at Sochi, he will match Michael Schumacher's tally of 91 victories - a long-standing record once considered unbeatable by many in F1.

Hamilton is already the most successful F1 driver in history in terms of pole positions and podium finishes, and will also equal Schumacher Schumacher's record of seven titles if he beats teammate Valtteri Bottas and Red Bull's Max Verstappen to the 2020 crown.

Hamilton coincidentally replaced Schumacher at Mercedes in 2013 after the German driver, who continues to receive medical treatment at home since his skiing accident seven years ago, retired from the sport for the second time after a three-year stint with the German manufacturer.

Asked how he and his family feels about Hamilton being on the verge of equalling - and eventually eclipsing - one of Schumacher's most remarkable records, Mick said: "I think one sentence my dad always used to say was 'records are there to be broken'. And I think it's everybody's aim in this sport to do that.

"I think Lewis had a very, very good run - he had a very consecutive and positive run. They say records are there to be broken and obviously from our side I think we'd see it on the good side, too.

"Obviously, it's good for the sport. He's been very influential in this sport, too. The next aim would be then I guess for me – if I do make the step to [F1] – to break that in."

Schumacher said he has met Hamilton several times, but hadn't got a chance to speak to him recently due to social bubbles implemented by F1 in the wake of the coronavirus pandemic.

"Obviously, Lewis coming to Mercedes after my dad left... I was at the track a few times and kind of got to speak to him at certain moments, obviously, he's a very busy man.

"I'm quite [busy] too, and especially now due to COVID, it's quite difficult to kind of speak to each other. So I'm kind of focusing on myself right now and Lewis is doing the same for him."