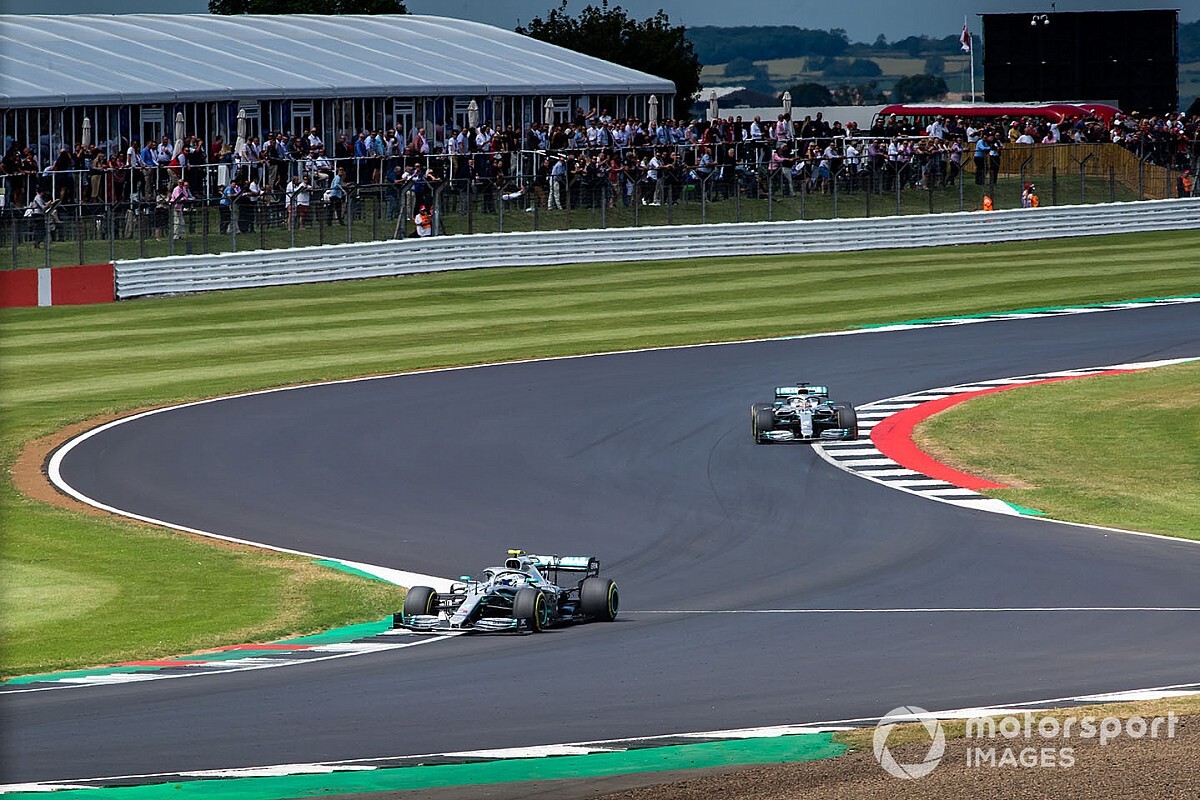 During talks with F1 that eventually ended with Silverstone agreeing to host this weekend’s British GP and the follow-on 70th Anniversary race, Pringle suggested “nothing's off the table” when it came to ideas to reorganise the coronavirus-disrupted campaign.

But the track’s managing director has now explained the impracticalities of F1 trying to race on one of Silverstone’s alterative layouts – the 1.851-mile International Circuit and the 1.639-mile National Circuit (there is also the sub-one-mile Stowe Circuit) – or reversing the usual F1 track.

“Well it wasn't [really a serious idea] because Silverstone is about the Grand Prix circuit – you can't go the other way around,” Pringle told Motorsport.com.

“That was just me mischievously not shutting down a journalist quickly enough, but that was great because that ran for three or four weeks and kept our name out there!

“We are a 'handed' circuit, we cannot go the other way round.

“And actually, if we raced on the International [layout], then you just get half the good corners, twice as often. You haven't suddenly got a new, different configuration.

“Whatever we'd do is a slice, a pairing down, and they weren't going to go racing around the National [layout] – they'd end up very dizzy. So, it was never taken seriously.”

For Lewis Hamilton, George Russell, Lando Norris – and Anglo-Thai driver Alex Albon – this weekend’s British GP will be the first time any F1 drivers race on their home track without fans being present.

When asked by Motorsport.com about what the event might lose for the home drivers because of the closed-door policy, Williams driver Russell said: “I guess you lose that sort of buzz entering into the paddock.

“You’ve always got a bit of an extra gear when you go to your home race because you’ve got that home support.

“It’s such an amazing feeling, driving into the paddock, seeing everybody cheering your name on the parade lap and everything.

“Ultimately, whenever I put the helmet on I drive as fast as possible, whether that’s at Silverstone or Hungary, or Austria, wherever that may be.

“So, I’ll miss that support and Silverstone was one of my highlights last year –from the fan perspective side of things – but nevertheless, once the helmet is on nothing really changes.”