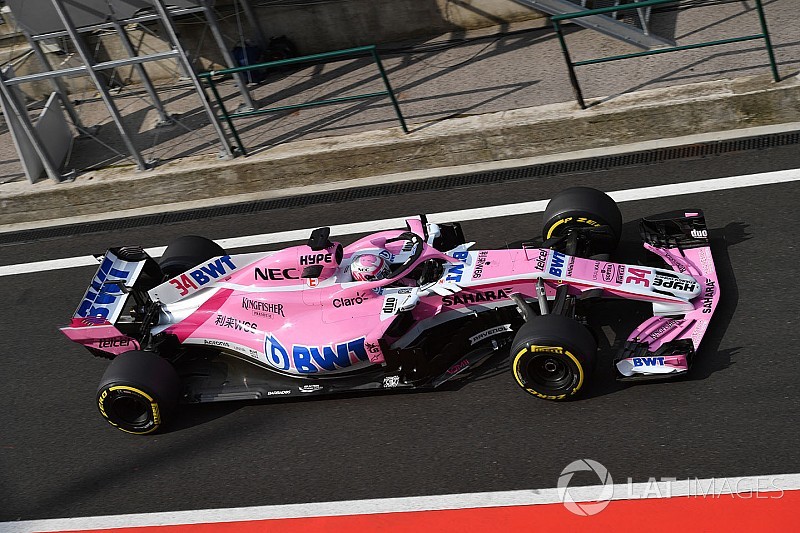 Force India’s new ownership will allow it to press on with crucial upgrades that could be ready in time for the first race after Formula 1’s summer break.

A consortium led by Lawrence Stroll, father of current Williams F1 driver Lance, has agreed a deal with the team’s administrators to bring it back into solvency and secure its future.

Force India chief operating officer Otmar Szafnauer told Motorsport.com he was hopeful the team would have its upgrades by Spa, but admitted it may need to wait a little longer.

“I hope that’s the case,” he said. “If not, definitely by Monza.

“There are some components that have been put on hold and I don’t know where the suppliers will get to because they don’t work over the break.

“So, we’re only going to have a couple of days before Spa. But if not before then, before Monza.”

The team will receive some funding immediately with more to come in the next two to three weeks, once its emergence from administration is complete, which will also allow it to resume work on its 2019 challenger.

It still has an outside shot of fourth in this year’s constructors’ championship.

Force India has finished fourth the previous two seasons, and despite its financial difficulties holding back development – see below – it is sixth in this year’s contest, just seven points behind Haas and 23 behind Renault.

“We have to start paying our suppliers and purchase some needed materials for both upgrades for this year and for next year’s car.

“We’re in the midst of building next year’s car and without funding we wouldn’t have been able to do that. It’s much needed and couldn’t have come at a better time.”

F1 Team-mate Comparisons Part Two: Who's ahead at the summer break?