Renault "not attacking anyone" with F1 oil clarification request 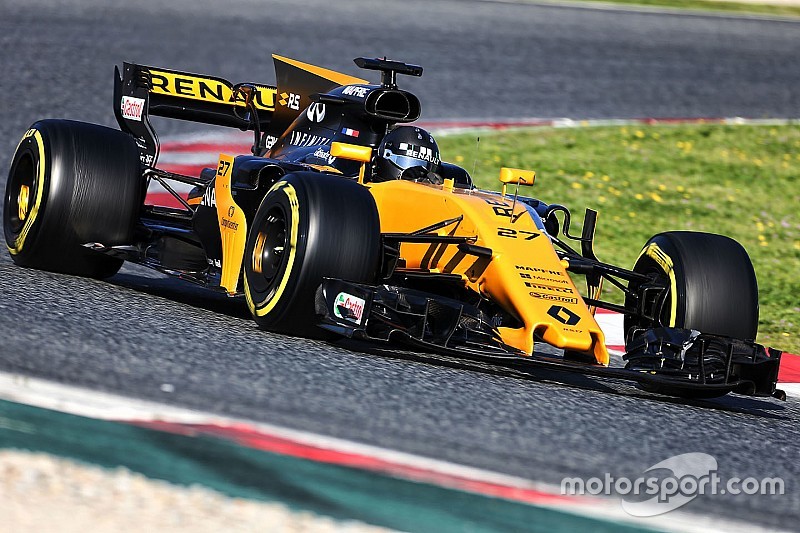 Renault insists that a recent push to clarify that Formula 1 manufacturers were not allowed to burn oil as fuel was not an 'attack' on any of its rivals.

Ahead of the first pre-season test at Barcelona, the FIA responded to a request from Red Bull to enquire whether, for a power boost, teams could cleverly burn oil as fuel.

Amid suspicions from the Milton Keynes-based team that rivals Mercedes had been exploiting this area of the rules for a qualifying boost, the FIA responded that it was clear such use of oil was not legal.

Renault's F1 managing director Cyril Abiteboul said he welcomed the clarification request from the FIA, not because it closed down something others were potentially doing but because it ensured clarity of what was allowed.

"Clarification of regulations is always very important, whether it is suspension or whether it is fuel systems, but also oil," Abiteboul told Motorsport.com. "We are right now in the period of the year where you have lots of traffic [communication] going around – that is important.

"We were not attacking anyone in particular. But we needed to make sure that it is clear to everyone, and it can be properly monitored and also enforced that fuel should remain the primary combustible used in F1."

Abiteboul likened the situation regarding the oil burn as similar to the ongoing row over suspension systems – in that teams are employing ever-more sophisticated technologies in areas of the regulations where rules are not so straightforward.

"We are coming into systems that are so complex – and it is very much like suspension systems," he said.

"We can refer to the spirit of the regulations – the combustibles are clear for everyone that they should be fuel – but having said that any engine will burn oil.

Mercedes has long denied suggestions of burning oil as fuel, and was cleared of suspicions back in 2015 when the FIA investigated the oil tanks of some cars at the Canadian Grand Prix for extra additives.

Ever since the new turbo regulations came in to force, Mercedes has offered to impose a maximum 5kg on oil use to ensure no manufacturers were getting around the rules, but this was never accepted.