Renault says braking system was used before this season 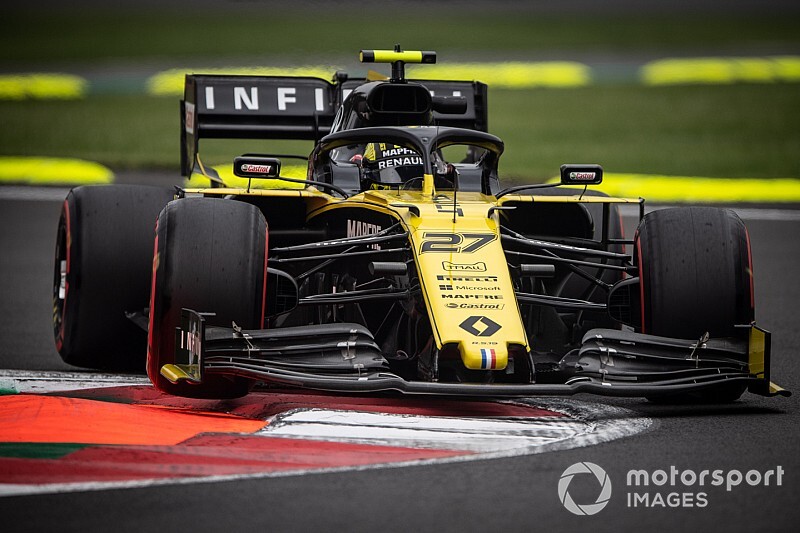 The Renault Formula 1 team acknowledges its now-illegal braking system was a driver aid but was "absolutely convinced" of its legitimacy because it was introduced before this season.

Renault was disqualified from the Japanese Grand Prix after a detailed investigation by the FIA led to a decision this week that the team was utilising a braking system that adhered to technical regulations but combined to facilitate a sporting regulations breach.

The French manufacturer opted not to appeal the decision but stands by the system, and team boss Cyril Abiteboul explained Renault had not sought clearance from the FIA for the design itself because "it's a technology that's been used for a while".

"Another party [Racing Point] has decided to ask for an opinion," he said.

"The normal course would have been to ask the FIA to issue a technical directive, or to engage a discussion with us directly, not in the context of a race, not through the stewards. In that case we could have the opportunity to change.

"Before that event of Suzuka, there was never such discussion or speculation regarding the legality of our system.

"[Approaching the FIA] is not something we've done because we were absolutely convinced, as further demonstrated, that we were legal. And we were legal from a technical
perspective."

Abiteboul accepted that "it is a driver aid, but a number of things are a driver aid", highlighting automatic energy recovery system deployment as an example.

"At some point you need to accept there is an element of subjectivity [in the rules]," he added.

"It's been used since so many years that we never thought it could be put into question until what happened presently."

Asked specifically how long Renault has used the system, he replied: "I don't want to go into details but it's not from this season. It's from before."

Abiteboul admitted that Renault needs to have stronger processes when establishing the legality of its ideas.

"Let's not forget it's the second time we're having a situation like this season, which is two times too many," he said.

When announcing their verdict, the stewards wrote that Renault had exploited grey areas in the technical rules but not committed a breach, and it was the combined effect of the system that amounted to a driver aid they deemed unacceptable.

However, Abiteboul said it was important for Renault to be cleared of any wrongdoing per the technical regulations, and suggested the team had fallen foul of a contradiction of rules that are "getting more and more complex".

"We do not deny it is a form of driver aid," he said. "Not to make the car faster, but to reduce the workload of the drivers.

"It was always going to be a bit of a subjective assessment as to how far it is aiding the driver and whether it's acceptable or not.

"The stewards have judged it's not acceptable. So be it. For me it's harsh on the team. It's also even harsher on the drivers because I think it's a very poor recognition of what they are doing.

"It's shedding a negative light on what they are doing, the way they are performing in the car.

"We will see this weekend, we will have the competitiveness we have – it's independent of whatever braking system we have or not."

Mercedes further off the pace than expected - Bottas