Subscribe
Previous / Which circuits hosted Formula 1's season opener? Next / Ocon: "Everything was going against me" for F1 return
Formula 1 Breaking news

Newly-recruited Red Bull junior Jehan Daruvala is targeting a race seat in Formula 1 in 2021, as he aims to make an impression in his debut Formula 2 season this year.

A former member of the Force India driver academy, Daruvala was added to Red Bull’s roster of junior drivers in February on the back of his race-winning campaign in FIA Formula 3 last year.

The Indian driver remained in title contention until the final round of the rebranded series in 2019, locked in battle with eventual champion and Prema teammate Robert Shwartzman, but slipped to third in the standings behind third Prema driver Marcus Armstrong after being forced to start from the pits in the championship finale.

Speaking on the eve of the new F2 season, Daruvala said he’d like to remain in the championship fight “till the very end” with the aim of securing a seat in F1 in 2021.

“I think to be honest the whole season was good last year, apart from one round - Budapest,” Daruvala told Motorsport.com. “I fought for the championship right till the end and I hope that it’s the same this year - consistently score points and be in the fight till the end.

“I don’t have set goals. But I’d like to be competitive so hopefully by end of the year I finish in the top three and prove that I can compete at the top here and hopefully go to Formula 1."

“Obviously now that I’m part of the Red Bull Junior Team there is a possibility of me going to F1, but that doesn’t happen without getting good results. So my main focus is just on the season, finish at the top and hopefully then I deserve a Formula 1 seat.”

For his graduation to F2, Daruvala is reuniting with Carlin, the team that powered him to two victories in the now-defunct European F3 series in 2017-18 prior to his move to FIA F3 in 2019 with Prema.

Carlin finished fourth in the F2 standings last year, 182 points behind the title-winning DAMS squad, but Daruvala is confident that the British outfit will compare favourably with other teams this year.

“Carlin have been back for a couple of years,” he said. “In 2018 they won the teams championship and last year they were very competitive. So I don't see that being a problem at all.

“Their car has been quite good over the past few years. Not much change in the regulations apart from bigger rims, bigger tyres. Yeah, I think the car should be competitive and I’m looking forward to it.”

He added: “There are going to be quite a few rookies this year coming from F3. A lot of us were competitive last year and finished right at the front. I don’t see that being too much different in F2. it’s going to be a tough battle between the experienced drivers and rookies coming in.

“I’m looking forward to the challenge. It’s going to be a competitive season in Formula 2. What you want is to be a part of the highest competition and prove yourself so that you’re ready for Formula 1.” 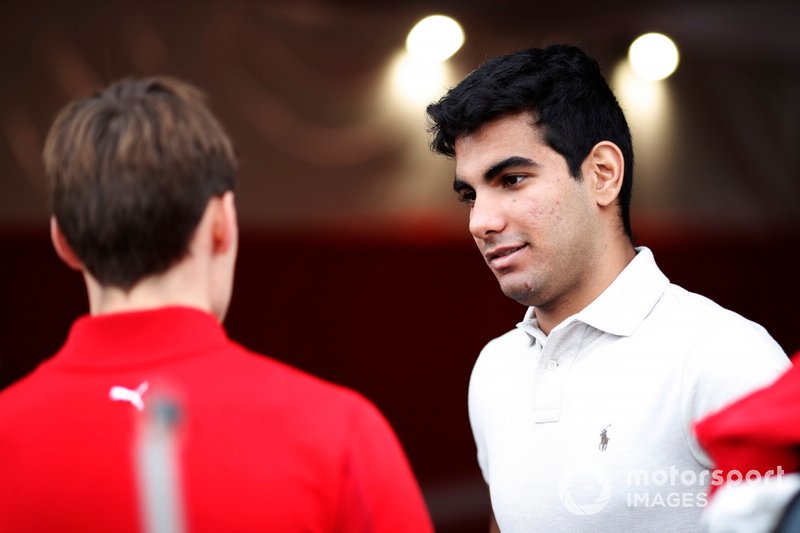