After its run of Formula 1 title successes, you could forgive Mercedes if it felt the pressure of Red Bull’s challenge this year was a bit uncomfortable.

But despite little separating F1’s top two teams, in a contest that has got quite heated at times, the message coming out of the current world champion outfit is the complete opposite to what you would expect.

Rather than feel burdened at potentially the biggest threat it has had to its F1 dominance, Mercedes boss Toto Wolff says the German car manufacturer has actually had a sense of liberation from it.

For after years of domination, where the team’s motivation to push on was fuelled by the fear of it eventually being toppled from the top, Wolff says that he and his staff have been empowered by being in a fight where it has everything to win.

Speaking exclusively to Motorsport.com about whether the early season excitement about the challenge had been replaced by increased stress levels caused by Red Bull’s pace-setting form, Wolff said: “It eased off actually, because all these years we had the pressure of: we can't possibly lose.

“Now it changed to: this is ours to win, because the odds were against us. So there is suddenly an easiness in the approach that starts to take over, which makes it quite enjoyable.

“Your expectations change. There is no sense of entitlement. This is what we've seen in other sports teams when the expectations are set so high that it becomes even unacceptable to lose.

“And I think with us, we conditioned ourselves. We set the expectations realistically, and we have just enjoyed the journey of getting us back in a position where we would be able to fight.”

This season is not the first time during its dominant turbo-hybrid years. that Mercedes has faced a title threat.

For Ferrari pushed it pretty hard in 2018/2019, when the Italian outfit had made some eye-opening gains with its power unit that would later prove to be a bone of contention with rivals.

Comparing the pressures of that battle with Ferrari, compared to what Mercedes faces with Red Bull now, and Wolff is clear about when his squad felt most under the cosh.

“The Ferrari years felt more intense, because I think at that stage, we were so keen in proving that we weren’t a one-hit wonder,” he explains.

“We wanted to really create a legacy of being the top team for a few years, and now we've achieved that. We have won seven times in a row, which wasn't done in any other sport on a world championship level.

“With that, suddenly, that easiness came into play. We are still very ambitious and competitive. But the anxiety of losing has lost its edge. We still hate it, but it is less detrimental to your own well-being.” 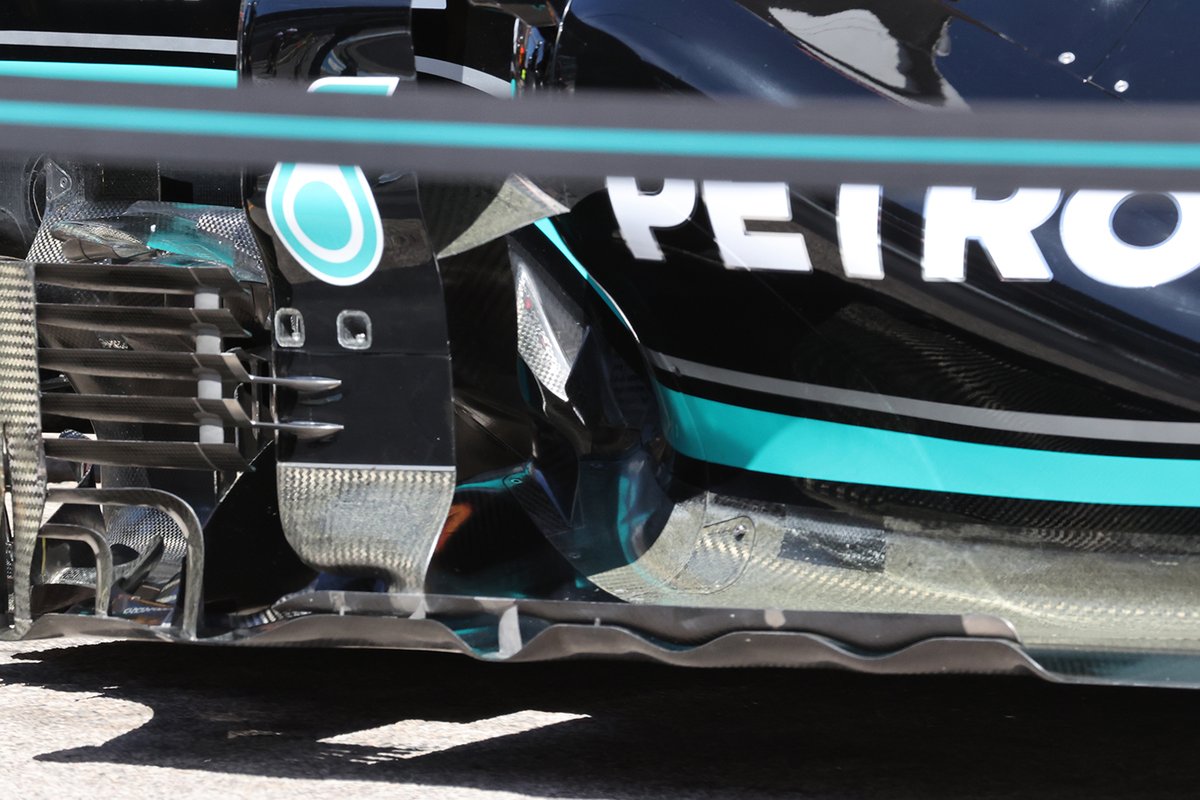 One of the defining factors in the closeness of the title battle this year between Mercedes and Red Bull was the change in aero regulations.

In a bid to cut back on downforce, the FIA made changes to the floor dimensions, which are widely believed to have hurt the low rake cars like Mercedes more than their high rake rivals.

Looking back at when the reality of that situation hit home, Wolff says that initially the team had felt upbeat that it would claw back the losses.

“When the regulation change happened [to be agreed] pretty early in the 2020 season, we thought that we can crawl it back in terms of downforce,” he said.

“But it appears that in relative performance we didn't catch up as much as we thought we could.

“So we started the season expecting to be catching up, but then obviously we had these early successes.

“Looking at Bahrain, we probably shouldn't have won the race on pure car pace, but we did. And since the beginning of the season we were always with a slight deficit, apart from maybe Barcelona and Portimao.”

Wolff says that impact of the floor changes were such that Mercedes had to relearn the car as though it was a season with completely new regulations.

“I think this year has been for us, rediscovering the sweet spot of the car,” he said.

“All these years we run the car around a certain configuration, and when suddenly the downforce loss happened on the rear end of the floor, we just needed to rediscover it and find the performance elsewhere.

“We had good weekends and worse weekends, but for us it was really like starting the season with new regulations: contrary to what some of our competitors had.” 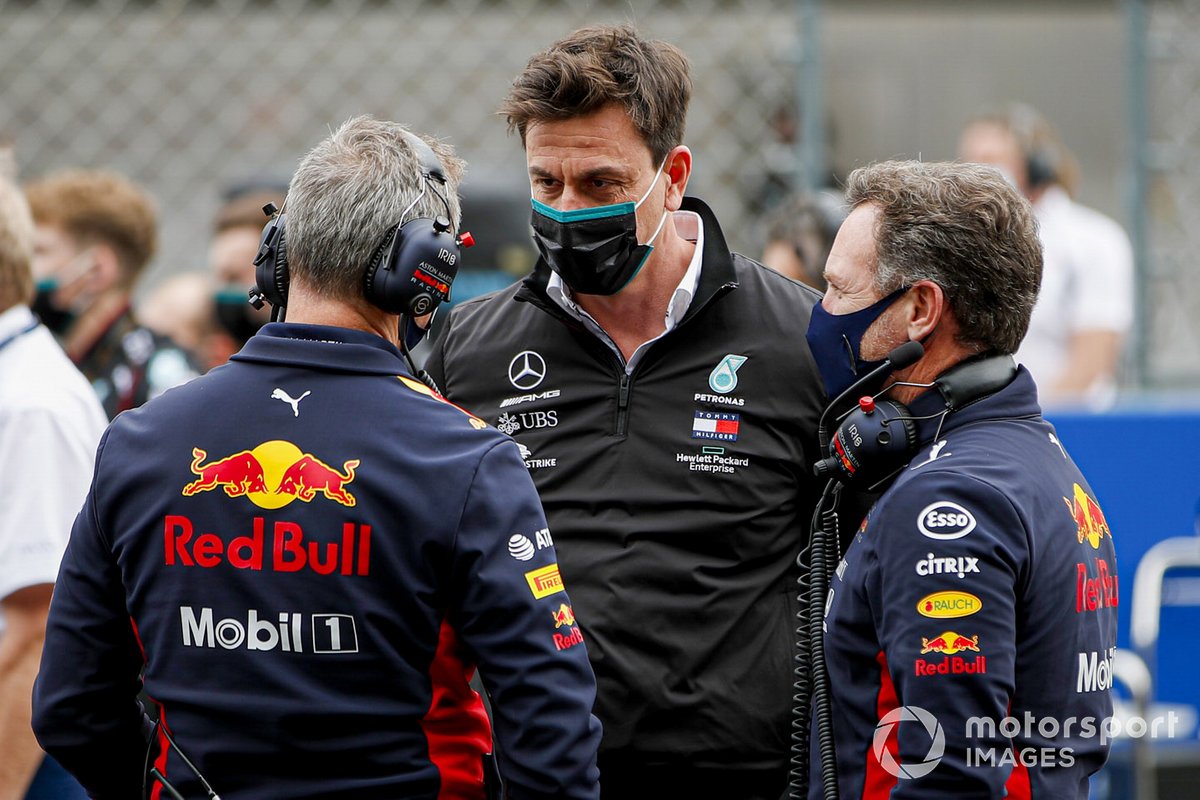 The fight between Red Bull and Mercedes has not just been intense on track, for there have been a fair share of battles off it too.

As well as the politicking over flexi rear wings, tyre pressures and pitstops, tensions between Wolff and Red Bull boss Christian Horner erupted in the wake of comments made following the British GP crash between Lewis Hamilton and Max Verstappen.

Wolff is very clear on one thing: that the flash points between Mercedes and Red Bull may be more down to personal disagreements of the bosses rather than the two entire organisations  being at war.

“It's very important to not generalise Red Bull or Mercedes,” he explained. “It is very much a team sport, and there are individuals involved.

“Just because certain individuals don't go on well with each other, it doesn't mean that you are disrespecting the other entity and the people that work there, who are trying to do the best possible job in order to fulfil their own dreams and overcome their own worries.

Asked if he was surprised at the way the relations between Red Bull and Mercedes broke down, Wolff said: “The relationships were never splendid, and that comes from the sheer competition that we have.

“But I would say that in the in the war of words, we have tried to maintain our cool, stay level-headed and not fuel controversy and polarisation among our fans even more.

“The aim was always to de-escalate. Unfortunately, the opposite happens on the other side.” 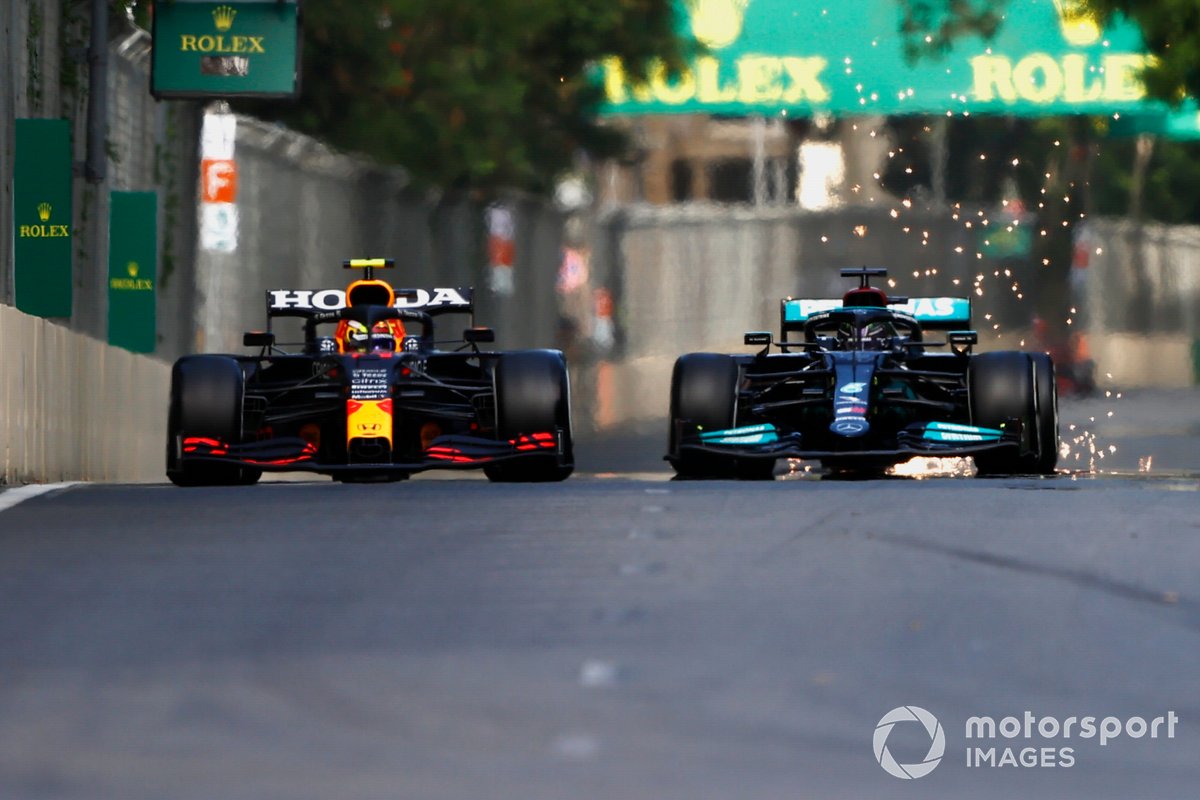 The departing figurehead involved in F1's two most dominant teams