Razia said he is sure he could have emulated Jules Bianchi's feats.

The Brazilian came tantalisingly close to making his Grand Prix debut this year, signing with Marussia but then losing the drive when his sponsors failed to pay. 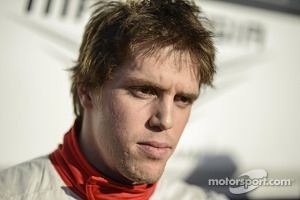 Now, the 24-year-old has told Jovem Pan radio he is in talks with Force India about becoming a test and Friday practice driver.

"The possibility is there," said Razia.

"Force India is very interested in doing this project. But - strangely enough - I need sponsorship.

"The team doesn't want to do something badly, they want a project for at least two years: this year building up to be race driver in the coming year.

"I need sponsorship. It's disappointing to have to rely on it so much to do our work professionally, but that's how it is."

Razia denied that the Marussia episode has hurt his credibility and image.

"Marussia was very convinced of me and so put me there without much security. But I believe Force India is going to want something more concrete.

"I don't think it hurt. The difficult part was only the situation.

"We had the option of going to Caterham, but we chose Marussia for two reasons: they had a better package while Caterham was focusing more on 2014, and because we had several meetings with Pat Symonds and he was very confident."

Razia said he is sure he could have emulated Jules Bianchi's feats, having impressed the F1 world by comprehensively beating teammate Max Chilton so far.

"For sure," he insisted. "It don't think that would have been a difficult goal for the season.

"I think Chilton has come into Formula One too early, with not enough experience."

Stock Car Brazil: Abreu and Piquet on pole in a dry circuit