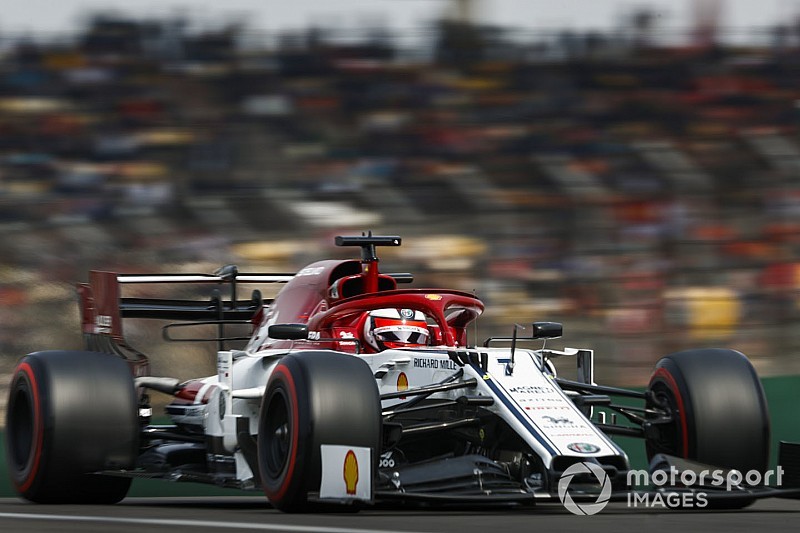 Raikkonen reported a power loss on the radio during Q2, but the team says his unexpected drop in top speed was due to a gust of wind, and not a technical issue.

But team boss Frederic Vasseur says it was not an excuse for the Finn's failure to get into Q3 for the first time in 2019.

"It was not a loss of power, it was a loss of top speed," team boss Frederic Vasseur told Motorsport.com.

"It was very strange. The headwind is going up like crazy. I think there was a small group with us, [Valtteri] Bottas and another one, and nobody improved their speed during five or 10 seconds. But it's not an excuse.

"The first two events I think it went well for us. Sometimes it was a matter of hundredths, and we were on the top of the cut-off and sometimes you are just below it. You have to accept it. I think the race pace was strong yesterday. We'll see at the end of lap one."

Raikkonen, who will start 13th, admitted it had not been a good qualifying session for him.

"A few runs were pretty OK, the first run in Q1," said Raikkonen. "But I got sideways in the last corner and the next two were pretty average. But I had a good feeling in the last one, it was more how it should be. So we just didn't have the speed today.

"We lost speed on the back straight but we were on our own. Maybe the wind was a bit stronger on that lap compared to the previous. It is how it is.

Asked about prospects for Sunday's race, he said: "We'll see how it is tomorrow, but I would say a few of the free runs were pretty good and two in the middle were quite tricky, but I think the tyres seem to be behaving slightly different all of the sets. So not the easiest."

Giovinazzi had same problem that hit Leclerc in Bahrain