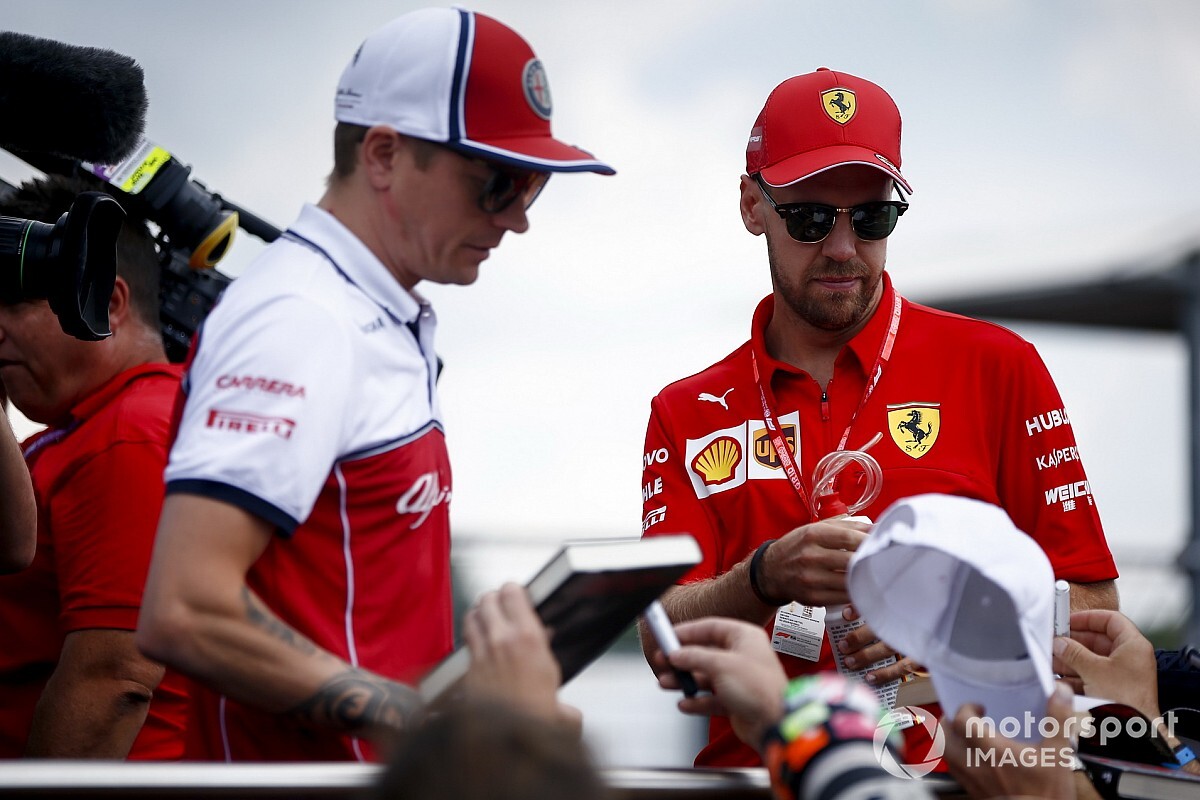 Kimi Raikkonen doubts the relationship between Sebastian Vettel and Ferrari is as bad as some may think, and is "certain" the team will give him equal treatment to Charles Leclerc.

Vettel will leave Ferrari at the end of the year after the team opted against offering him a new contract beyond 2020, opting to sign Carlos Sainz from Ferrari.

Vettel revealed last weekend in Austria that he was "surprised" to not receive an offer from Ferrari, with his story contradicting the initial explanation offered by the team regarding his exit.

Raikkonen raced alongside Vettel at Ferrari between 2015 and 2018 before being dropped and joining Alfa Romeo. The Finn is known to have a good personal friendship with the four-time world champion.

Asked by Motorsport.com if he felt Vettel was being treated unfairly by Ferrari since his exit was announced, Raikkonen said he did not think relations had soured as people may think.

"Honestly, I spoke to him last weekend, quickly when we saw each other, I think it was before the start, and that's all that I know," Raikkonen said.

"I doubt that they have as bad relationship as people are making out.

"Obviously sometimes it goes this way, that you leave the team, or choose to leave, whichever way it is. We'll see what happens in his future. You need to ask from him.

"I wouldn't put too much saying how difficult it is right now after one race. It wasn't the most easy for [Alfa Romeo] either. I'm sure they can be much stronger than they were last weekend."

Raikkonen's exit from Ferrari was announced after the 2018 Italian Grand Prix, with the team announcing Leclerc as his replacement with seven races still remaining in the season.

But Raikkonen said he was not treated any differently by Ferrari once his departure had been announced.

"No, absolutely not," Raikkonen said. "I'm certain that they get exactly the same treatment, both of them. It's in their benefit to try to get the best result on both cars, so I don't see why they would do anything else."