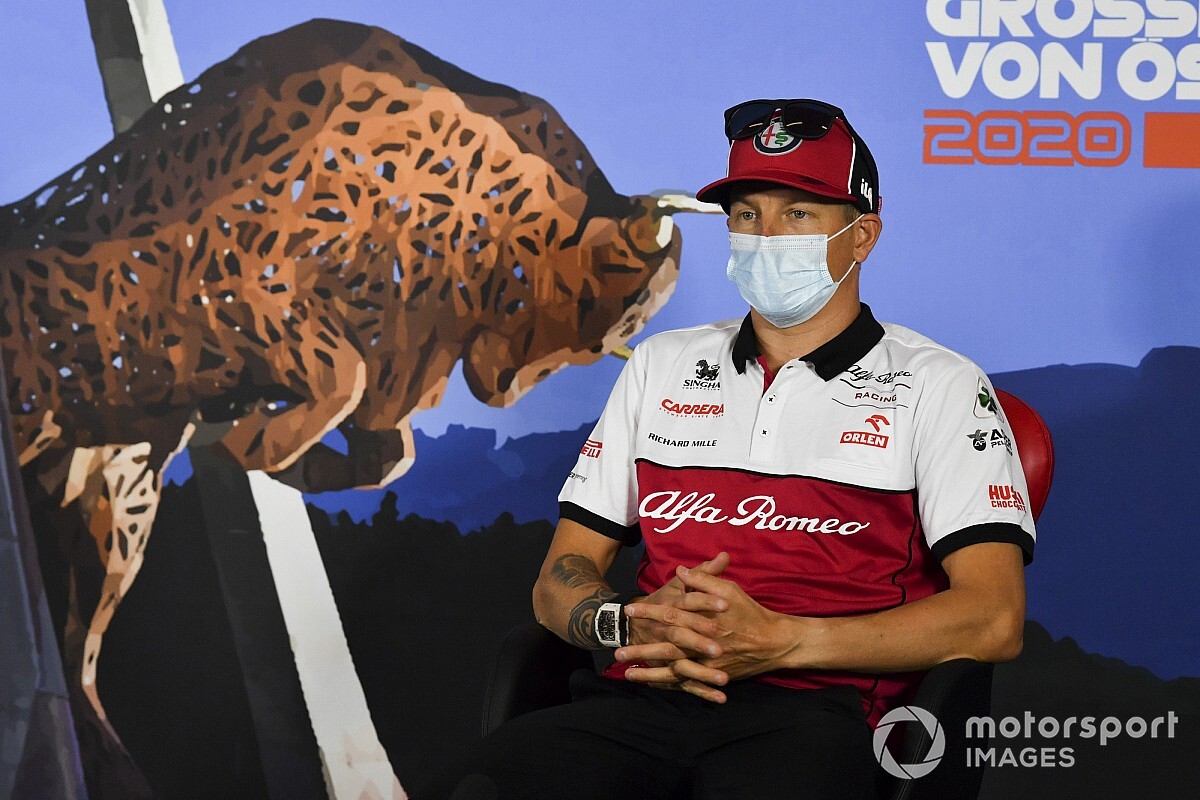 Alfa Romeo Formula 1 driver Kimi Raikkonen has revealed he struggles at times to keep up with his son, Robin, when go-karting, as the five-year-old continues to get to grips with racing.

During the lengthy break from racing forced by the COVID-19 pandemic, Alfa Romeo driver Raikkonen spent an extended period of time with his family, split between his native Finland and his home in Switzerland.

Raikkonen’s wife, Minttu, uploaded a video to Instagram two weeks ago showing Kimi and Robin go-karting together, writing: “Not sure, but looks like Robin is faster.”

Asked ahead of this weekend’s Austrian Grand Prix how quick Robin seemed in karting, Raikkonen said that while he was now struggling to keep up in basic rental karts, he wanted to let his son focus on enjoying the activity before being competitive.

“Some days we’ll do more laps than others, but it’s like with kids, one day they like to do one thing and the next day another. As long as he enjoys it, that’s the main thing.

“He’s been getting a bit faster. With me in a rental kart, I cannot keep up any more. I need a bit more horsepower. Apart from that, it’s been good."

The seven-month break between the 2019 season finale in Abu Dhabi and this weekend’s race in Austria marks one of the longest periods without racing in Raikkonen’s 19-year F1 career.

Alfa Romeo finished eighth in last year’s constructors’ championship, but Raikkonen said it was far too early to draw any conclusions of its place in the pecking order heading into the new campaign.

“[From] testing every year, it’s impossible to say where we are, a lot of speculation,” Raikkonen said.

“But in the first race, we always see what is the real story. Obviously we never managed to do the first race, and now months later, we obviously are going to do it and then we’ll see where we are.

“But then there’s another thing, people are bringing updates. Who knows. We’ll see over the weekend now where we are and where everybody else is.”