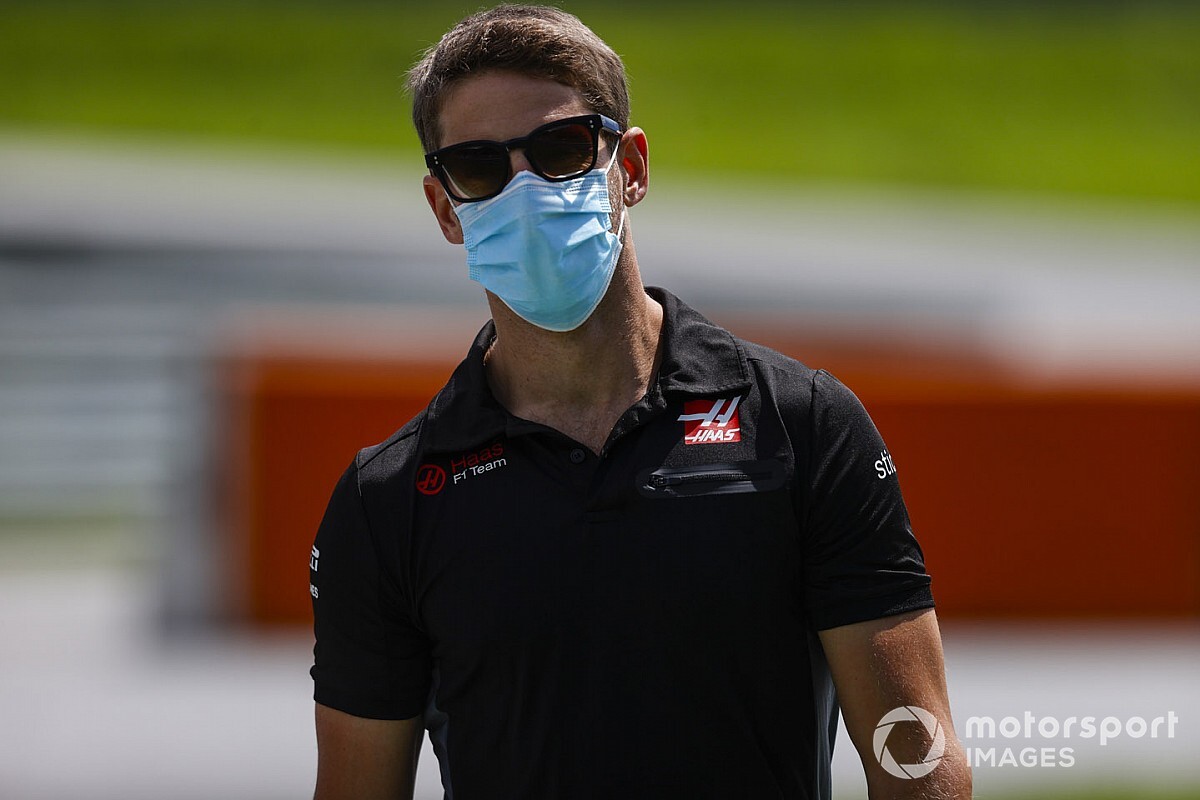 Haas Formula 1 driver Romain Grosjean admits to being "concerned" about the lack of planned upgrades at the US-owned team.

Team boss Gunther Steiner said recently that given the uncertainty over the 2020 season he didn't want to authorise spending on developments, and thus Haas will start the season with a car essentially unchanged since Australia.

Asked by Motorsport.com if he had concerns, Grosjean admitted that concentrating on a stable package can have its advantages.

"We can focus on what we have and optimise everything we do," said the Frenchman. "Obviously I'm maybe a little bit more concerned than Kevin, and we know that F1 is about bringing development and bringing new parts.

"But last year I finished the last race with the kit I started the year on. Sometimes an update doesn't really work the way you want.

"Yes, it is great to have new parts, it's great to bring performance, but it doesn't always work and can make you focus in the wrong place.

"I'm happy to come racing, I think the team survived the crisis. Let's go racing, let's get the car how quick we can make it, and see if we need to bring parts."

He said that an unchanged car was a good starting point: "I think we have a good baseline from winter testing.

"Obviously now the conditions are doing to be quite different, different track, different layout, different temperatures, but the guys have been optimising everything we've learned in winter testing, and that's good and we don't have to focus on trying to get new parts to work.

"Over a few races, we'll see how it goes, and what we can do on the car, but for now we're actually in a good place, and hopefully the car works well and we can have some fun."

Grosjean's teammate Kevin Magnussen says he's more relaxed about the lack of new parts, and has accepted the situation.

"I'm not really that concerned," said the Dane. "Of course we would all prefer to have upgrades rolling in, but we don't know where we are yet. I think we're pretty positive, the whole team, after testing.

"We had a good feeling with the car, so there's no reason to be concerned yet. We're all positive, and anxious to see where we stack up on the grid. And then regarding all the upgrades, it is what it is.

"We've just got to make the best of the car that we have right now, and look after it and pull everything out of it."