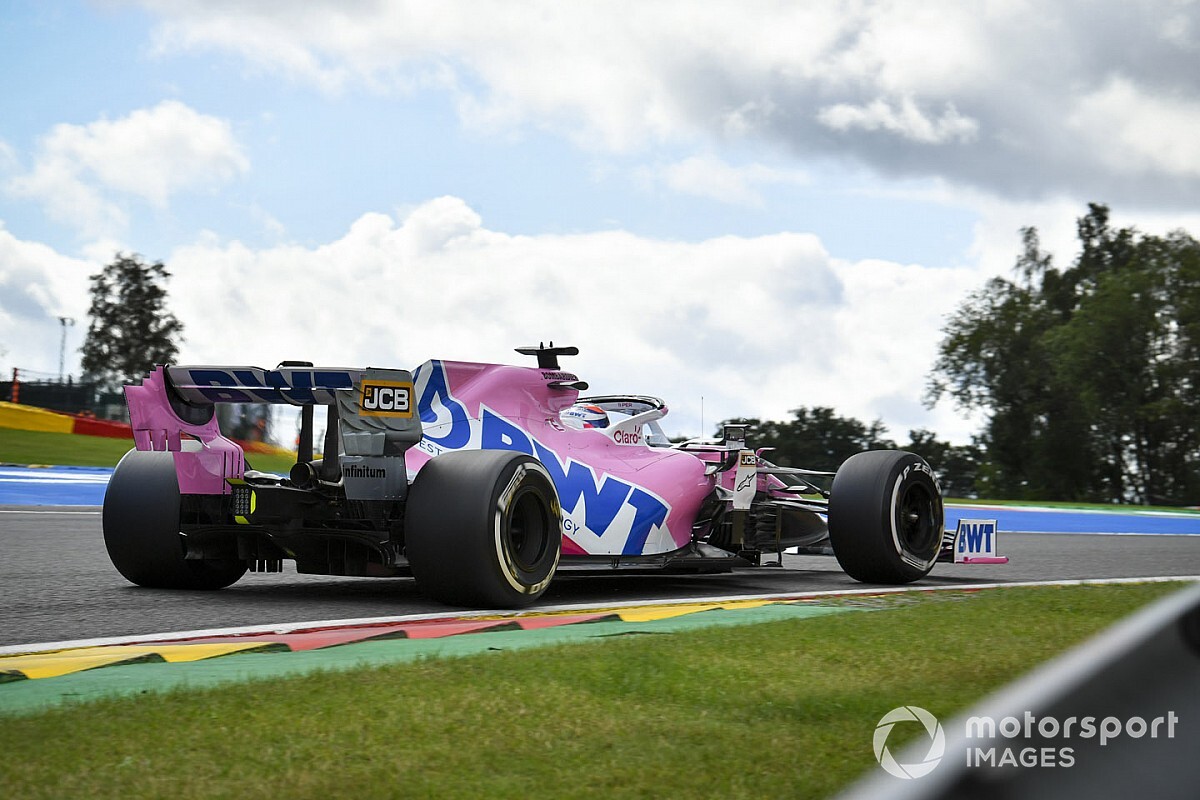 Racing Point F1 boss Otmar Szafnauer admits that the Silverstone team was “optimistic” with its qualifying strategy at Spa – but he expects his drivers to recover ground in the race.

Sergio Perez and Lance Stroll attempted to get through Q2 on the medium tyre, a plan that worked for the Mercedes drivers and for Red Bull’s Max Verstappen.

However when Perez and Stroll didn’t show enough pace on the mediums the team switched both men to softs for their second runs in Q2, which got them through.

That in turn left them with only one set of softs for Q3, which duly compromised their final session. Perez qualified only eighth and Stroll ninth, when the team had expected them to line up fifth and sixth, ahead of the Renaults and McLarens.

Szafnauer is confident that the team can earn those places in the race. “I think we were a bit optimistic with the option [medium] tyre,” said Szafnauer. “We had a plan to go through into Q3 on an option, just to set up for the race.

“We expected the medium tyre to get us through. We were 10th and 11th after we ran it the first time. And we ran it without our engine qualifying mode too, which would have given us a boost as well.

"It was marginal whether we could get through. Maybe we could have, but we didn't want to take the risk. Had we been able to do that we would have had two sets of tyres in Q3, which everyone else did."

Racing Point then opted to run both drivers on their one set of new softs early in the Q3 session.

“Unfortunately, we only had one and on that qualifying run both drivers made a mistake going into the last corner that cost them a couple of tenths each. And it was so tight that two tenths moved you a significant amount unfortunately.

“I think second row lockout probably wasn't possible, but fifth/sixth was, instead of eighth and ninth had we just had another set of tyres to have another go.

“Usually the track ramps up a little bit too, we had to do it on the first lap because we thought if we save the tyres for the second run and something happens like a red flag or whatever then then we didn't use the tyre at all.

"We went out on the first run and unfortunately the others improved and we ended up eighth and ninth.

Szafnauer believes that his drivers are well set for the race: “You can pass here. And we've got a good race car beneath us, our long run pace looks pretty strong. So we look forward to scoring some good points. Starting position isn't as significant here as it is in some other places.

“We kind of set the car up a little bit for a normal race. And we usually err on the side of having a good race car, versus a good qualifying car. So even if it rains, we'll be in good shape.

“If we can start eighth and ninth and improve our finishing position in the race, that will be success, and I think fifth and sixth as possible.”