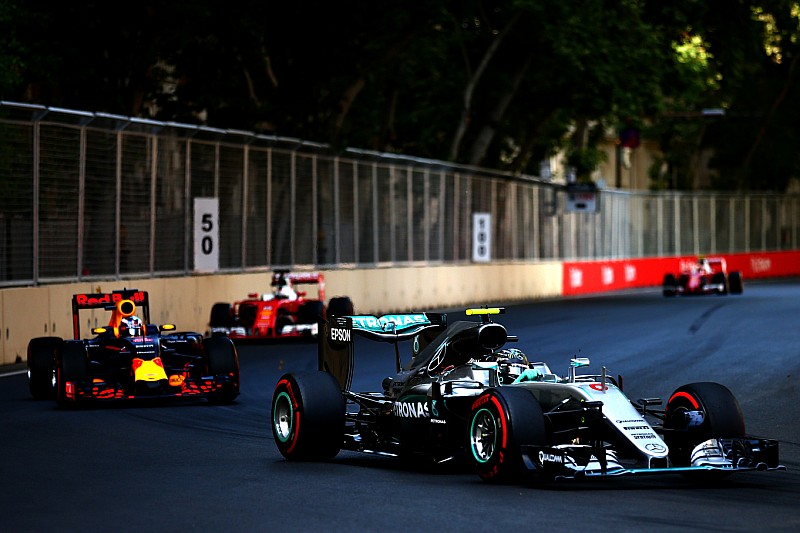 Formula 1’s television coverage has been slammed as a "disaster" by Alain Prost, who reckons current camera angles and onboard footage are not doing justice to the spectacle.

Speaking at the FIA Sport Conference in Turin, Prost said he was upset about how poor the Baku coverage had been at the weekend because the track had been built up as one of the most challenging of the season.

Instead, having not seen any of practice or qualifying, Prost said he was totally underwhelmed by the way F1 came across when he tuned in to watch the race.

“It was a disaster for me because I did not see the track that everybody was talking about,” explained the Frenchman.

“Everybody told me when they got back that the track was one of the best tracks they had ever seen. But on TV, if I am Alain Prost the old racing driver, or if I am a fan for the first time looking at the show, I am not happy.

“I think the position of the cameras was not very good. It was really not a good show. Only in one corner, the left-right fast corners [at the end of the lap], did the cars look okay and you got the impression of the speed.”

Prost thinks that F1’s current onboard cameras are also not doing enough to give the impression of speed and convey how difficult it is to drive current cars.

He says comparing current footage with onboard laps from his time – he picked out a 1990 lap of Jerez that can be seen on YouTube – was embarrassing for the current sport.

“At the same time [with] the onboard camera, under braking, you cannot see the speed, you cannot hear the noise [or] see the difficulty of the neck.

“If I am a young guy, because I am really thinking about that at the moment [and] I am really aware about that, if I am the young generation that won’t know too much about Formula 1 but I want to see what it is for the first time on TV, but I am doing the same behind my PlayStation – it is not difficult.

F1 has been trialling a new type of onboard camera over recent races – which reverts to the lower angle that was famous in the past for giving a better impression of speed.

But Prost still thinks something is missing.

“Take my 1990 lap at Jerez in Spain,” he said. “I showed it to Lewis and Fernando [Alonso] the other day. They know it is the old track with the fast corners but you see what is the difference. For sure the onboard camera is not the same level.

“The point is, when you are in the car, like this [Jerez lap], you can feel exactly what I do, more or less. And if you look at it quietly you will see that in some places when I brake you have the rear wheels locking and you can feel [it] because you can hear the engine.”

Prost thinks that, if F1 does not do better with its coverage, it risks alienating its potential younger audiences.

“It is not catching the young generation,” he said. “I have to be honest, we have a lot of questions but not too many answers.”

The Biggest threat to F1 and motorsport is not cost or the environment, its..