Opinion: "Crazy" Baku can be F1 gem despite dull debut

The European Grand Prix may not have been a race to cherish, but Jonathan Noble is convinced that the Baku street track can establish itself as one of Formula 1's classic venues in years to come. 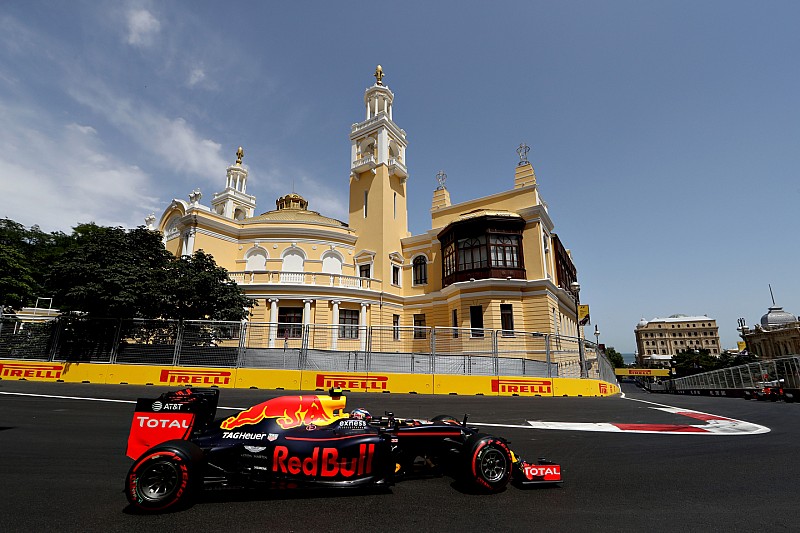 It is hard to know what was the biggest surprise from Azerbaijan’s first F1 race: that Baku had delivered such a fantastic circuit, or that the stunning track delivered such a boring grand prix on Sunday.

The hours before the start had been full of excited chatter about what could be to come. After two days of frenetic, error-filled F1 action, hopes of a thrilling European GP were further fuelled by a pair of chaotic GP2 races.

In the hour before the race, I bumped in to track designer Hermann Tilke for some feedback about how successful he felt the weekend had been, and he seemed slightly nervous: “I won’t say anything until I’ve seen the race."

When I talked about the impressive 378km/h top speed figure that Valtteri Bottas had delivered in qualify, he simply raised an eyebrow.

In the end, for all the talk of potentially the wildest grand prix we have had for a while, it was all a bit underwhelming, as Nico Rosberg dominated and the only retirements were caused by mechanical issues.

A combination of tyre saving, and the fact that drivers were convinced after the GP2 madness that if they just got to the finish they would score a decent result, left us with little to get excited about.

But however dull Baku appeared to be for those who only tuned in on Sunday, it should take nothing away from the fact that F1 may well have found a bit of a gem on the Caspian Sea – and one that could become as iconic a street race as Monaco and Singapore.

For the track layout – which Tilke said had been the ‘craziest’ of the three ideas he put forward to Bernie Ecclestone – is one that should deliver some truly cracking races in the future.

It’s a layout that properly balances risk and reward. You can’t just bolt on all the downforce you’ve got, and find the limit by running over kerbs and across acres of asphalt run off areas.

There are compromises to be made everywhere. It’s balancing the downforce against drag; it’s about getting driver commitment spot on and it’s about everyone knowing that get one thing wrong – especially at that tricky Turn 15 that caught Daniel Ricciardo and Sergio Perez out – and it’s game over.

But the best thing for F1 is that it looks spectacular and it’s a venue that makes you properly appreciate the job that drivers are paid to do. The low downforce configuration, the narrow streets and the high top speeds give us a fascinating cocktail to show F1 at its best.

Only the week before Baku, Mercedes boss Toto Wolff had been raving about a visit he had made to the Isle of Man TT with some of Mercedes’ senior engineers.

It was a place, he said, that reminded you about the need to deliver spectacle.

“When you go there it makes you realise why we all ended up in this sport,” said Wolff. “Because it is the feeling being around spectacular machinery, and spectacular driving, with taking lots of risks.

“In the TT, it is imminent that there is a risk of losing your life, and that edge when those guys go on the track gives it is a mystique.

“Then it is the way they are able to handle their bikes, somehow when you see them – even if you are a motorbike rider, you know you would not be able to do this.

“I wouldn't have the courage to ride at these speeds. I wouldn't be able to control the bike, sliding over two wheels or lifting over bumps.

"It makes you realise that these guys have, besides the courage, a real skill set that the average motorbike rider would never have.”

He concedes, however, that there are some immovable factors that will always ensure bike racing looks more spectacular than car racing.

“The skill set is much more evident on a motorbike than in a car. A fast car is a car that doesn't slide, it just generates a low of downforce and G-forces you cannot see.

“So the motorbike has the advantage – a sliding motorbike is very fast and very spectacular. If a car is well set-up, you will see the car turning in, the throttle application will happen and there will be no oversteer coming out of the corner.”

Yet Baku, whether due to the low-grip surface or the imminent risk of hitting walls, somehow delivered plenty of moments where cars were sideways, and spectacular, and on the edge of it all going wrong.

What the TT and Baku also have in common though is that they are venues taken to people.

Just hundreds of metres away from the likes of Sebastian Vettel and Lewis Hamilton battling it out were ancient ruins, tourists sipping coffee at local cafes and locals going about their own business.

This is the potential audience of the future, for they are more likely to come and see the track action than if the track had been built 100km out of a city.

Looking back at the TT, Wolff added: “There is a red ribbon that closes the circuit. So we were walking through bushes and back gardens, and ended up at this secret garden…

It was the same too at Baku, once many of the plastic hoardings had been taken down after the first day. Come around a street corner, and there is an F1 car brushing the barriers as it powers up to 200mph.

Perhaps the biggest disappointment of the weekend (bar the race spectacle) was the lack of spectators in the grandstands – although that may well have been down to tickets having been priced well beyond what the average local could afford.

And that is a shame, because there is tremendous potential there, and the track deserves to be packed with fans.

When F1 comes back next year, all teams will be better prepared in their aerodynamic preparations, and the drivers will know that perhaps the conservative approach is not the right one for the race.

Then we will get treated to the race we should have had on Sunday. I can’t wait.