Formula 1 tyre manufacturer Pirelli has concluded that excessive kerb use was the root cause behind four separate tyre failures at the Qatar Grand Prix and has ruled out production errors on its side.

The puncture caused a retirement for Latifi, while the remaining three victims managed to get back to the pits and continue their race, although Bottas eventually retired due to the damage his car sustained from the tyre blowout.

After taking the tyres back to its Italy base for investigation Pirelli has concluded that the main cause for the four tyre failures was excessive use of the high kerbs at Losail, which damaged the tyres' construction.

"Based on the findings obtained so far, the origin of the problem is mainly due to the amount of time these tyres were run on the kerbs, at high speed and with considerable lateral and vertical loads: a situation unique to the Losail circuit," Pirelli said in a statement on Friday.

"The heavy demand caused by running over these kerbs, which isn't possible to measure from the data available before the race, damaged the tyre construction and led to a loss of pressure in the internal sidewall, which consequently caused the structure to collapse after several seconds." 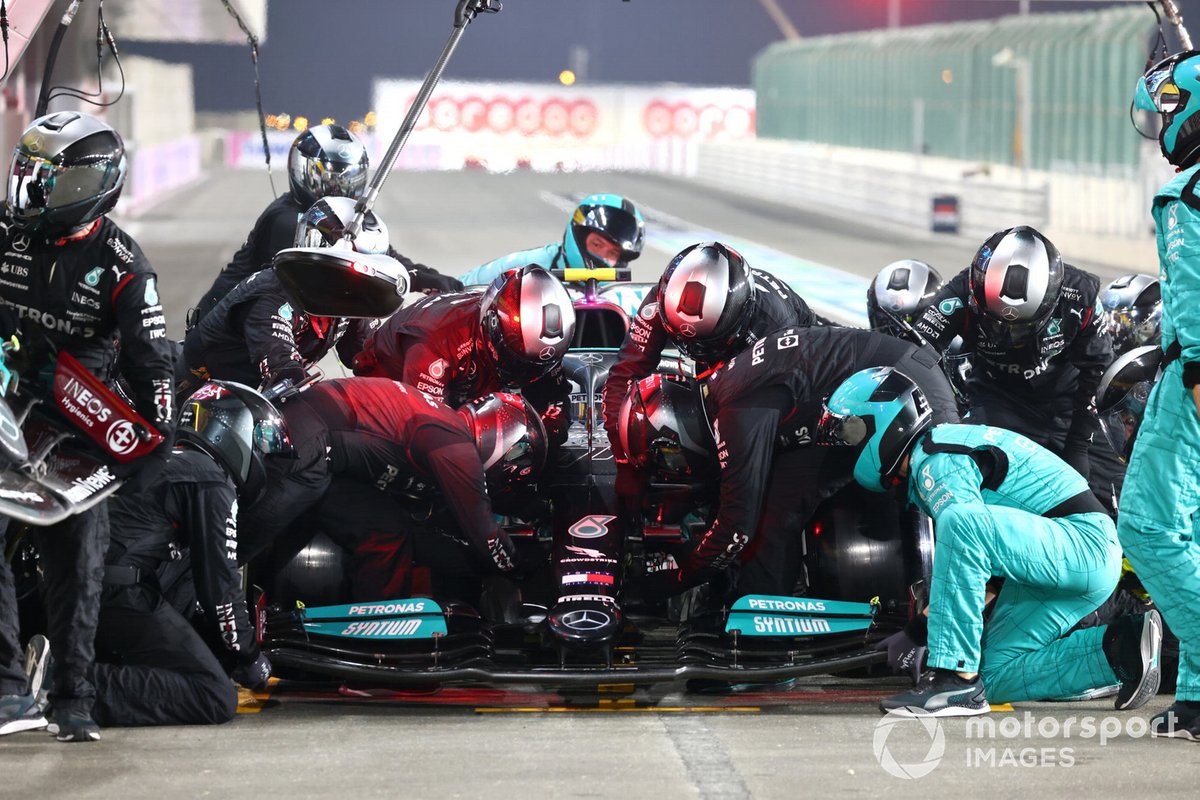 Valtteri Bottas, Mercedes W12, changes his front wing in the pits after a puncture

Pirelli also added that it rules out "any production defects" to its tyres and that it has shared its findings with the teams and the FIA.

It was the first time F1 visited Qatar, so there was no previous data available to warn Pirelli and the teams about possible issues.

Pirelli was aware that the Losail International Circuit was demanding on the front left tyres, but after the race Pirelli chief Mario Isola said that it hadn't seen anything on the data from free practice and qualifying to cause concern.

The four affected drivers were on a long stint on worn hard tyres as they attempted to complete the Qatar Grand Prix on a one-stop strategy.

Several other drivers managed to complete a similar strategy without issues, Fernando Alonso notably taking a podium for Alpine after a one-stopper.