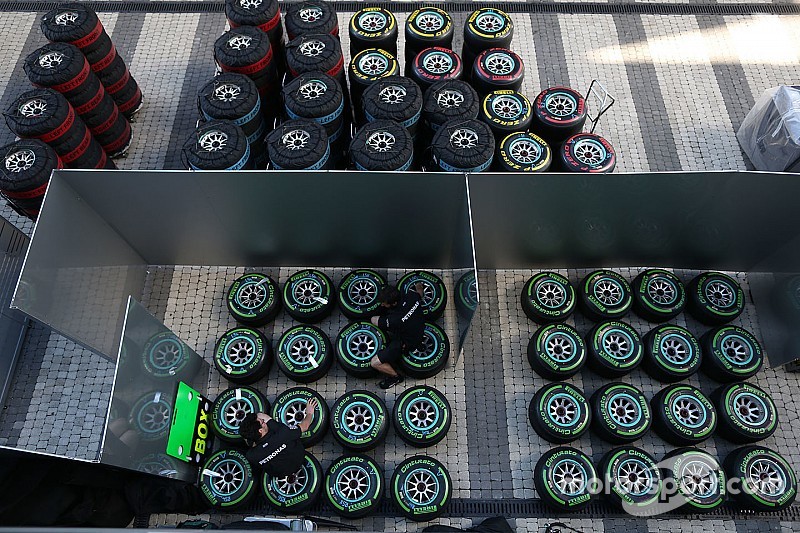 Pirelli is considering a plan to deliver more varied action in Formula 1, with its new deal to be tyre supplier from 2017 now all but done.

F1 supremo Bernie Ecclestone revealed on the starting grid ahead of the Russian Grand Prix that he had reached a commercial deal with Pirelli from 2017 to 2019. The contract now needs ratification by the FIA's World Motor Sport Council.

Pirelli has faced a tough time in finding the right balance between tyres that degrade too much, and those that are too conservative like this year.

Motorsport director Paul Hembery said that the plan from 2017 was to be a bit more aggressive, but some thought was being given to tailoring the approach to individual races.

This would result in some events being flat-out blasts on low degrading tyres, while others could deliver higher wearing rubber to produce more pitstops.

"We are still being asked to do two or three stops, that is the idea," Hembery told Motorsport.com.

"They want us to try to come up with a degradation that is probably similar to what we have seen in the past.

"Maybe we can come up with a variety of situations, with some races we can do with tyres that you can push on with minimal degradation, which is what you would do in open competitive, and then something a bit more akin to what we saw in the early years.

"It is a strange situation because, if you talk to the fans, they all loved that initial racing, and the monumental increase in overtaking manoeuvres.

"And from a spectacle it was interesting, but for the drivers it was such a big change that it was something they found difficult to deal with.

"Now we are somewhere in the middle. We are not happy this season doing one-stop races, it is not in reality what we have been asked to do. It is something we recognise and it is something we need to change in the future."

With Pirelli's approach to racing having divided opinions, Hembery believes that a split approach to test different concepts would perhaps allow F1 to find out exactly what sort of racing works best.

"Maybe we should try in 2017 to have some races in that approach," he said. "Let's see the proof out there on the track.

Ferrari could use remaining engine tokens for Austin