Sergio Perez says his pace is "suffering" this weekend because he is running an older Formula 1 engine that no longer delivers peak power. 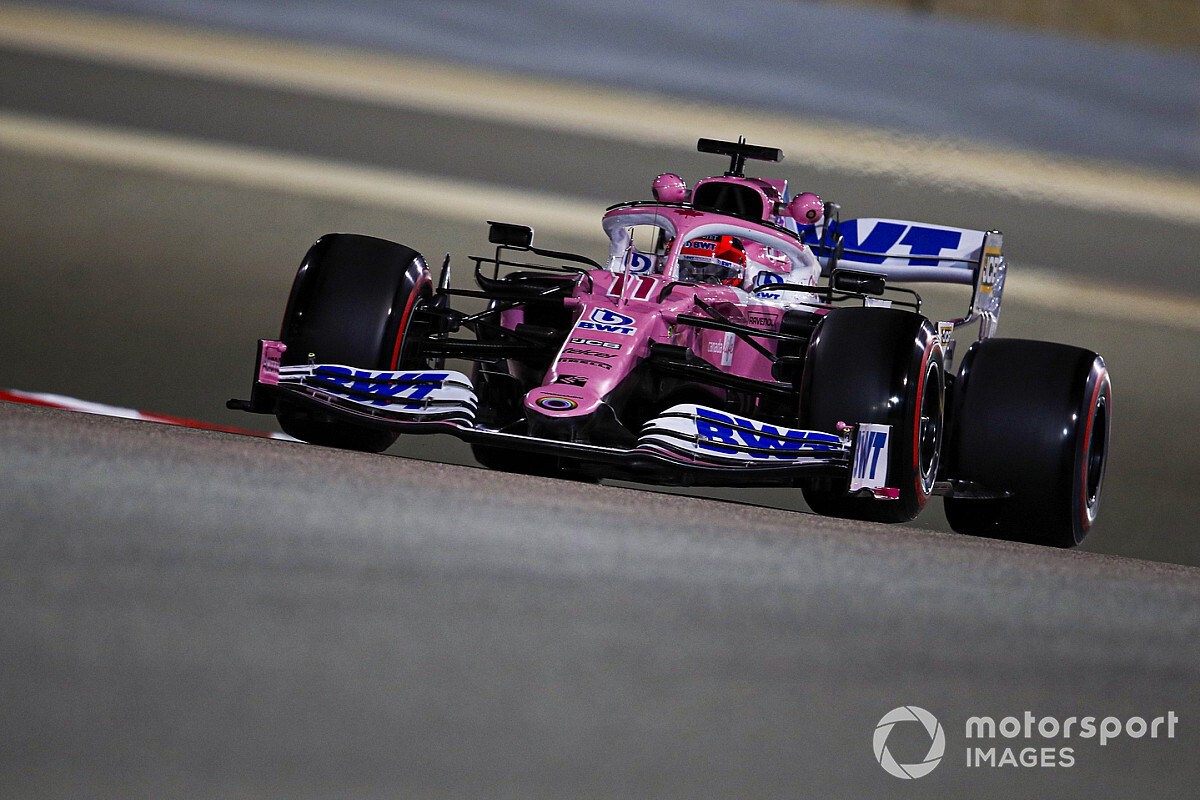 The Racing Point driver suffered a suspected MGU-K failure in Bahrain last weekend as he looked on course for a podium finish.

The problem has forced his team to revert to a well-used power unit for this weekend’s Sakhir GP, and the current turbo hybrids produce less power when they are getting towards the end of their life.

Having qualified fifth for the race, one place behind Ferrari’s Charles Leclerc, Perez says there is no doubt he is slightly on the back foot by not having a newer engine at his disposal.

“I think we very much maximised our potential, putting absolutely every single corner right,” the Mexican told Sky about his qualifying form.

“Maybe there was a half a tenth, but we didn't have quite the speed of Leclerc, who did a fantastic lap.

“We are suffering a bit with the engine.. We had to go back to our old engine and, at this track, I think we certainly are missing the fresh engines here.”

With only two races to go, and Racing Point locked in a tight fight with McLaren and Renault for third place in the constructors’ championship, the team has tried to steer clear of fitting a fresh engine because that would mean a grid penalty.

Perez says that the focus is on maximising points scoring opportunities, even if it is missing a slight edge on the power front.

Asked how much of a difference the older specification engine made, Perez said: “We're still looking for numbers but it's quite a bit obviously: one tenth around here makes a big difference so we're looking at something like that obviously.

“I think the priority for us will be to make it to the end. We don't want to get a penalty on a new engine.

“We know that we are underperforming on the engine side, but it's more important to try and get the maximum performance. For us the most important is just to make it to the end here and in Abu Dhabi.”