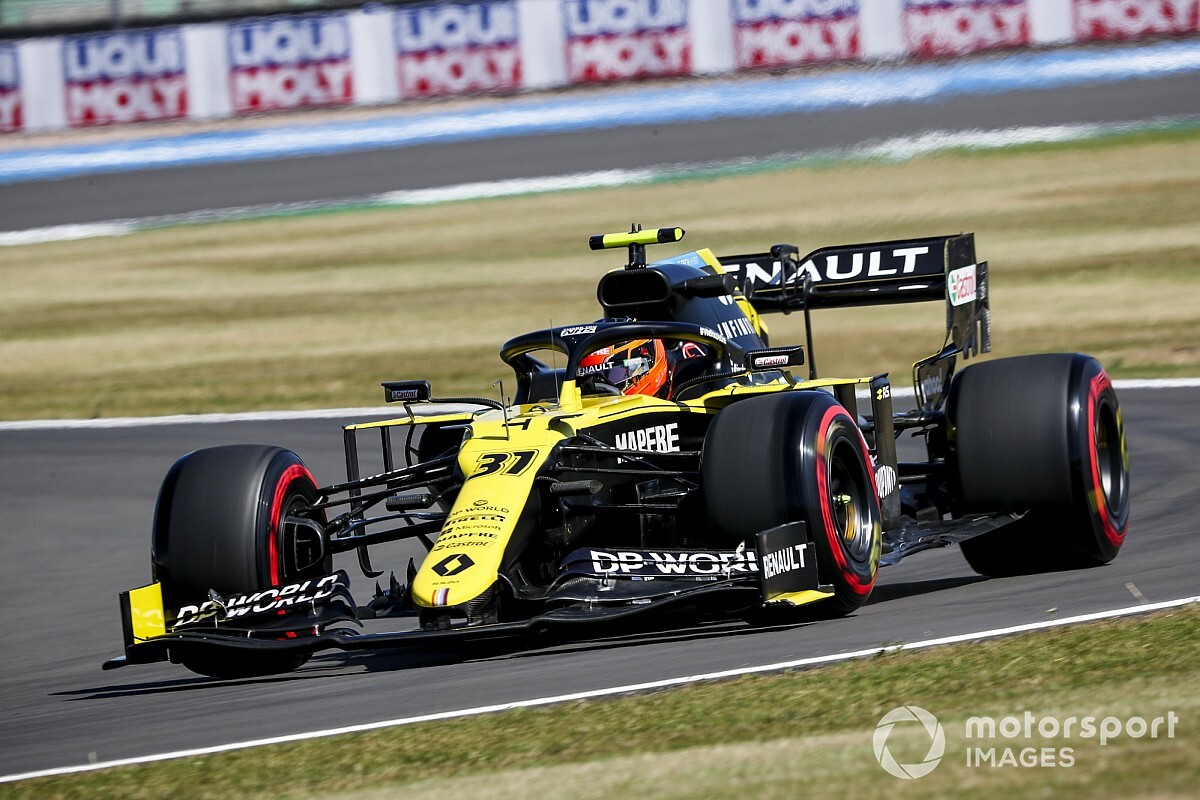 Esteban Ocon has been handed a three-place grid penalty for the 70th Anniversary Grand Prix after blocking George Russell during qualifying on Saturday.

While passing a slow-moving Antonio Giovinazzi, Renault driver Ocon was caught out on the racing line as Russell came through on a hot lap during Q1 at Silverstone, forcing the Williams to back off.

Russell was quick to complain over team radio about Ocon’s move, saying the Frenchman “massively got in my way” and was “mega dangerous”.

Ocon went on to qualify 11th for Renault, but was braced for a penalty after talking to race engineer Mark Slade over team radio in the garage, saying: “That wasn’t good, Mark.”

When Ocon asked if he would be penalised for the move, Slade replied: “Yes.”

Ocon and Russell were both called to see the stewards about the incident following qualifying, with the brief hearing resulting in a three-place grid drop for Ocon.

“At the exit of Turn 5, Giovinazzi was at the head of three cars and was on an in-lap, Ocon was next, on an out-lap and Russell was on a flying lap,” the stewards’ bulletin reads.

“While Russell approached, the team advised Ocon on the radio about Giovinazzi ahead, but didn’t advise about Russell until very late.

“As Russell approached the two cars ahead, Ocon pulled to the right to overtake Giovinazzi and clearly impeded the much faster Russell.

“The team admitted that they did not assist their driver in this instance which led to the impeding.”

It results in a three-place grid penalty for Ocon, handing a position on the grid to Sebastian Vettel, Carlos Sainz and Romain Grosjean.

Ocon will now start the race from 14th, one place ahead of Russell, who took P15 for Williams.

The incident also saw Ocon pick up one penalty point on his FIA super license, his first for the 12-month period.

Ocon heads into Sunday’s race looking to build on a sixth-place finish at Silverstone last weekend in the British Grand Prix, which was his best result since returning to F1 with Renault.