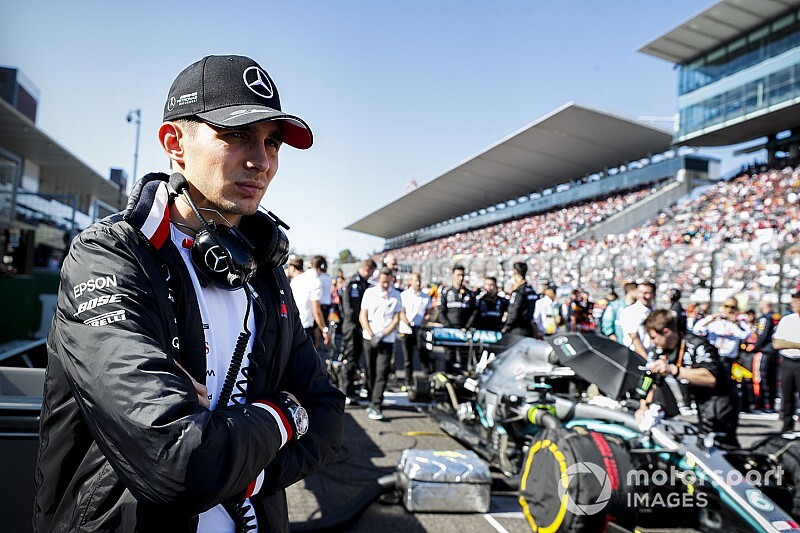 Mercedes surprised its rival during pre-season testing when it introduced the innovative concept that allows drivers to alter the toe angle of the front wheels by pushing or pulling the steering wheel.

Ocon spent 2019 as Mercedes' reserve and simulator driver before signing a contract to race for Renault this year.

The deal with the French squad meant Ocon was not allowed in the Mercedes factory near the end of the year, which is when he reckons the team developed DAS.

Speaking to Canal+ France, Ocon admitted he knew nothing about the system: "Guess what, I didn't! I swear I didn't!

"Either they were very, very clever and didn't show me the effect of the system or they came up with it very late and designed it once I was gone, once I was stuck between Renault and Mercedes.

"But I think they more likely came up with the system at the end of the year, when I left."

Ocon is convinced the concept was tested in the simulator - where he spent long hours throughout the year - before it hit the track in Barcelona.

"Without a doubt, they tested it on the simulator, as all parts go there before being run on track," he said.