By:
Pablo Elizalde
Co-author:
Erwin Jaeggi
Listen to this article

Two-time world champion Alonso returned to the sport in 2021 after a two-year hiatus, and the Spaniard scored his first podium of the season in the Qatar Grand Prix last weekend.

It was Alonso's 98th career podium and his first since the 2014 Hungarian Grand Prix with Ferrari.

With Kimi Raikkonen retiring after this season, Alonso - a 32-time grand prix winner - will be the eldest driver on the grid next year at 40.

But Ocon, who was joined by Alonso at Alpine this year, says his teammate remains as motivated as ever as both push to help the French squad move towards the front of the grid.

Ocon labelled Alonso a "legend of the sport", and he reckons he is one of the best drivers ever alongside the likes of Michael Schumacher and Ayrton Senna.

"I have mega high respect to Fernando," said Ocon. "I know how much work he puts in, how much motivation he has, even now at his age and with how much experience he has and how much he has achieved in the sport. It's more than impressive.

"I think he's just a legend of the sport. He's up there with the top guys, Senna, Schumacher, and he will always remain there. Because what we are doing now and what I see how he thinks out of the box compared to the other drivers is unprecedented.

"There is nobody that will think like him and that will have his race craft ever I think, so I am glad to be his teammate and proud to push as much as we can together for our common target." 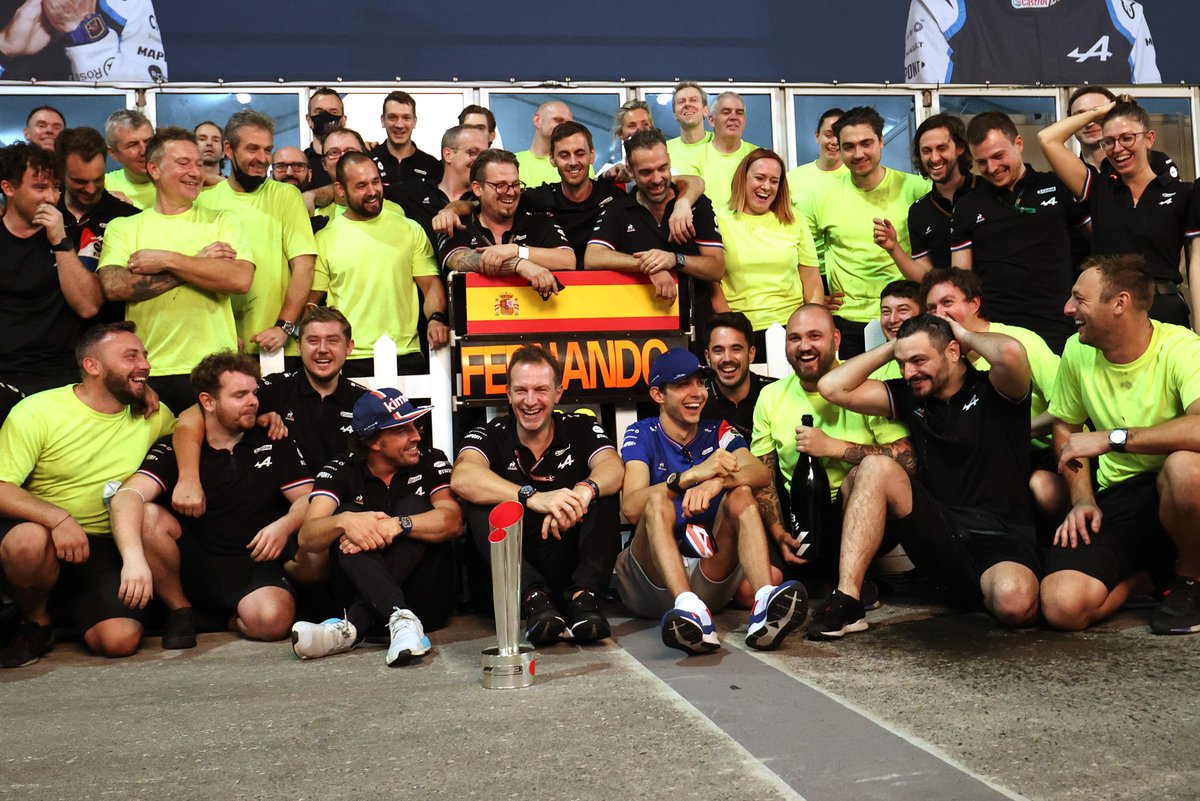 Although a new deal was believed to be a formality, Alonso and Alpine announced a contract extension for the 2022 season earlier this year.

The Spanish driver sits 10th in this year's standings with 60 points ahead of Ocon, who has scored 43.