Lando Norris believes the Mercedes power unit package will be "much better" for McLaren in 2021 following its move away from Renault. 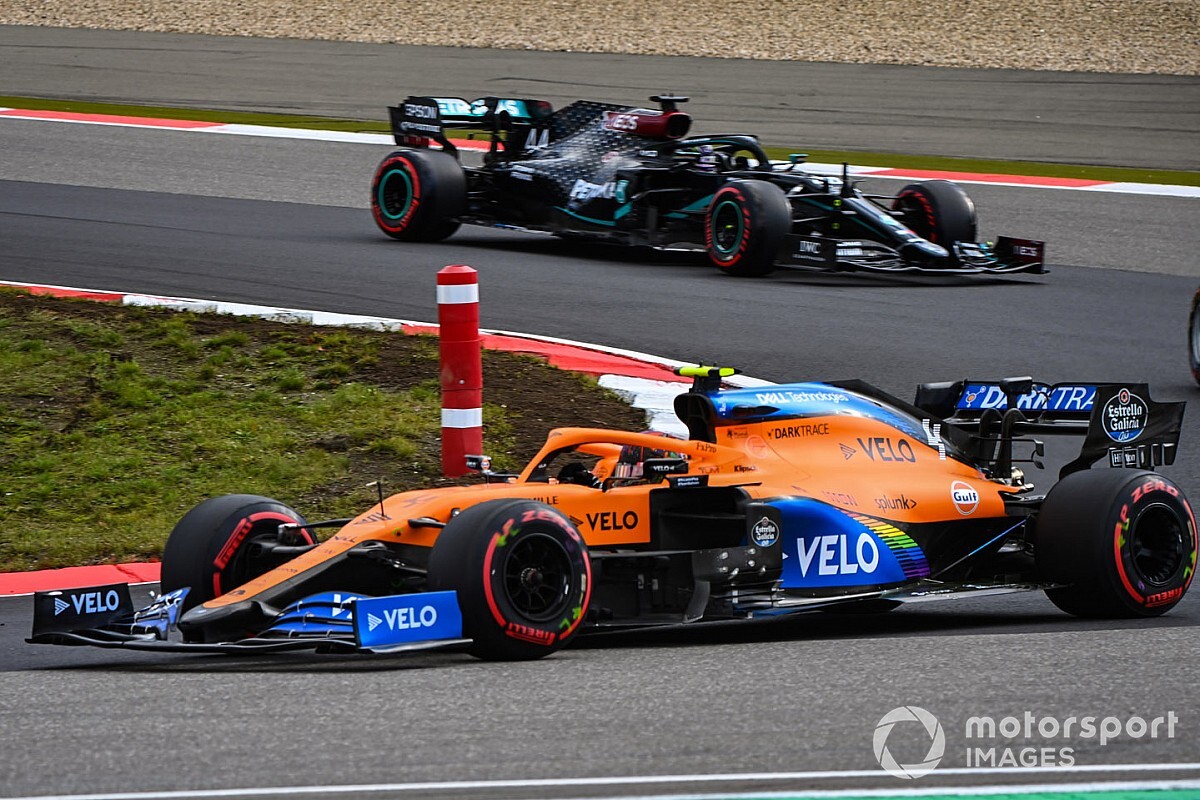 McLaren announced in September 2019 that it would be switching to Mercedes power units, rekindling their famed partnership that yielded three world titles between 1995 and 2014.

McLaren spent three seasons using Renault engines after ending an acrimonious period with Honda at the end of 2017. The deal with Mercedes will run until at least the 2024 season.

Although McLaren has been forced to give up its two development tokens for the updated MCL35 car in 2021, Norris said he did not think the new power unit would "complicate things" and instead offer a step in performance.

"I think all round, it's a better package," Norris told Motorsport.com. "It's more power. Touch wood, it's more reliability. It's a slightly better-fitting package, so as just a whole, there's a lot of positives about it.

"I'm not into everything, so I'm sure there are maybe some negatives there, and we have a good relationship with Renault, so things are very smooth now and we know them, and there's going to be a lot of new things.

"I'm sure there's going to be some things we have to understand and we're not going to be quite as natural with with just the mechanics and the engineers and how they understand everything. Of course they'll do a great job in that transition in trying to understand it.

"There's going to be some things which are a bit trickier, but as a package, it should be much better, and that gives us good confidence it will take us that little bit further towards the top."

McLaren will become the fourth team on the F1 grid to be powered by Mercedes, joining Aston Martin and Williams as customers alongside the works squad.

The switch comes off the back of McLaren's strongest season in eight years as it finished third in the constructors' championship.

The team scored two podiums last year, and its late-season form even prompted world champion Lewis Hamilton to talk up its chances of joining the fight for victories in the future.

Norris previously spoke about the difficulty he had at times in understanding the MCL35 car, the majority of which will be carried over into 2021 as the MCL35M.

Norris said the majority chassis carryover would allow McLaren to continue to learn about the car, allowing it to unlock more performance.

"With the tricky car that we had and the struggles and the positives and negatives, there's still many things we need to work on through [2021]," Norris said.

"I guess the good thing with having bad things with the car or negatives is that you can try and work on them and try and turn them into positives, and it will make the car quicker. That's a good thing.

"It's not like we have an amazing car which is slow, and we don't know how to work on it. I think we know the direction we need to work in. It's just very difficult to unlock it and find those things.

"That's probably why you see in the last two or three years, teams have been very similar - I guess apart from Ferrari. Although you're spending however much money, it's just not easy for engineers to figure out these exact things which can be millimetres of difference with all these different parts.

"We're working very closely with the factory and the aero department and things like that, and everyone in the factory to continue working hard and developing the car into next year."