Formula 1 teams have been told that they will not be given special dispensation to run 2019’s new front wings during the post-season Abu Dhabi test.

F1’s aero regulations are changing next year, with simplified front wings and further bodywork restrictions being introduced with an aim of trying to help overtaking.

The wider front wings are designed to try to minimise ‘outwash’ - and teams are eager to understand what impact they will have on the rest of the car as they continue their 2019 developments.

Some outfits trialled initial 2019 concepts during the mid-season test at the Hungaroring, and several teams had hoped to give their latest concepts a run at the Abu Dhabi test that takes place the week after the season finale.

But following discussions with the FIA about the matter, teams have now been told that they will not be allowed to run 2019 development parts because the Yas Marina run is a bespoke tyre test.

With no running allowed there, and the wings too wide for the current regulations to be allowed to run in free practice, it means teams will have to rely solely on windtunnel and CFD data before their 2019 cars hit the track in pre-season testing.

Asked by Motorsport.com about any plans Renault had to run the 2019 wings, Renault technical director Nick Chester said: “You can’t really do it because you would have to put on a wing that is too wide for current regs.

“I think people would have been interested in doing it in the post-season test in Abu Dhabi but that has now been clarified – and we cannot do it.

"Otherwise I think everybody would have turned up with a wide front wing. We would have done it if we were allowed to, yes.” 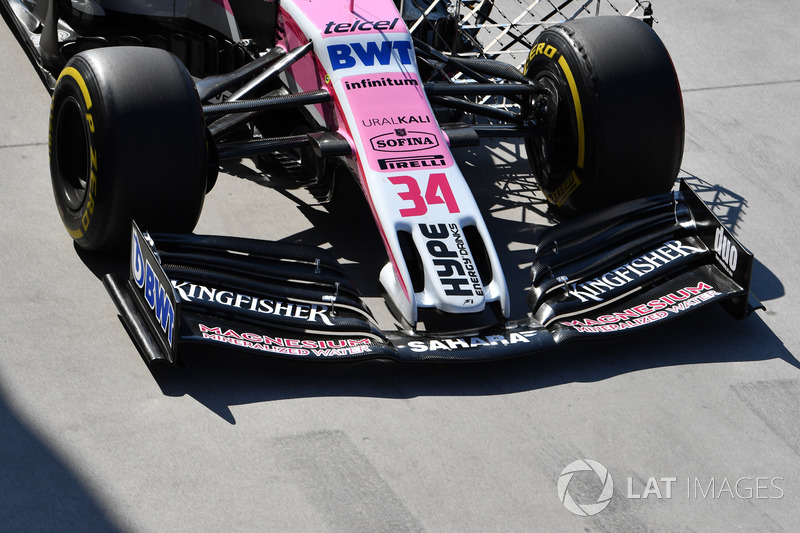