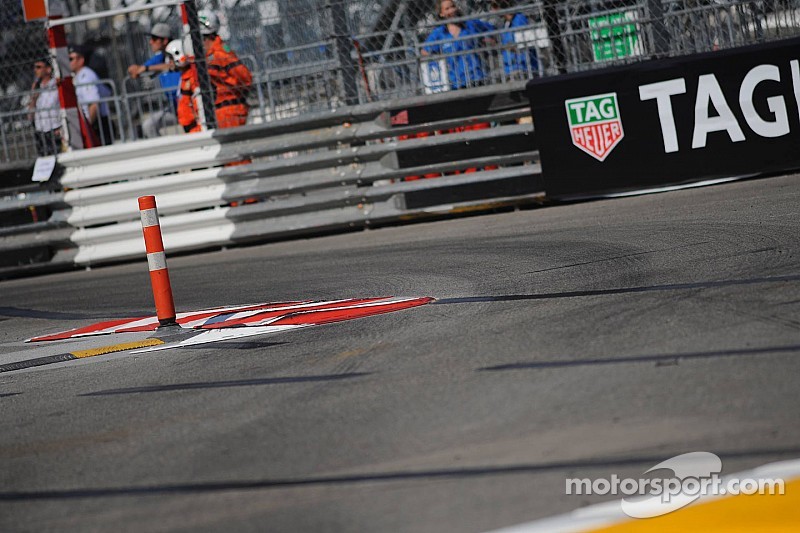 Formula 1 drivers will still face a huge challenge through the revised Swimming Pool complex at Monaco, despite safety changes made for this year's race.

As Motorsport.com reported earlier this month, tweaks have been made to the exit of the complex – Turns 15 and 16 – by pulling the barrier inwards and replacing it with a kerb.

While the change caused some issues at the recent Formula E event, when bollards seated in the kerbs kept getting knocking off, those problems will not be repeated this weekend because the cones will not be used.

Although the removal of the barrier at the apex means that drivers have more margin for error, former F1 drivers who have raced there think it is still just as hard to get right.

Vitantonio Liuzzi told Motorsport.com: “Yes it is definitely still a challenge there, even though it is a slightly different line and trajectory.

“You still have to find a good way to turn the car in with a lot of understeer.

“In the Formula E car, because it is so heavy, you find it harder to stop the car with the momentum all the way from the chicane area.

“I still think it is the toughest part of the circuit and you can gain quite a bit still and honestly touching the walls a lot at Monaco is a myth. You might do it a few times and get away with it but generally it is not worth the risk.”

Bruno Senna thinks that the changes will not make a dramatic difference – and most importantly will still look good for spectators.

“I think in F1 it will still be a big spectacle,” he said. “The exit kerbs don’t seem so different to me but for the F1 it could see them having a slightly easier time in balancing the car and getting traction for the following section.”

As well as the tweaks to the barriers at the Swimming Pool, resurfacing work has been carried out at various points of the track.

The track has also been re-aligned slightly at Tabac.

Hamilton "took his eye off the ball" in Spain – Hill

Grosjean to get gearbox change penalty