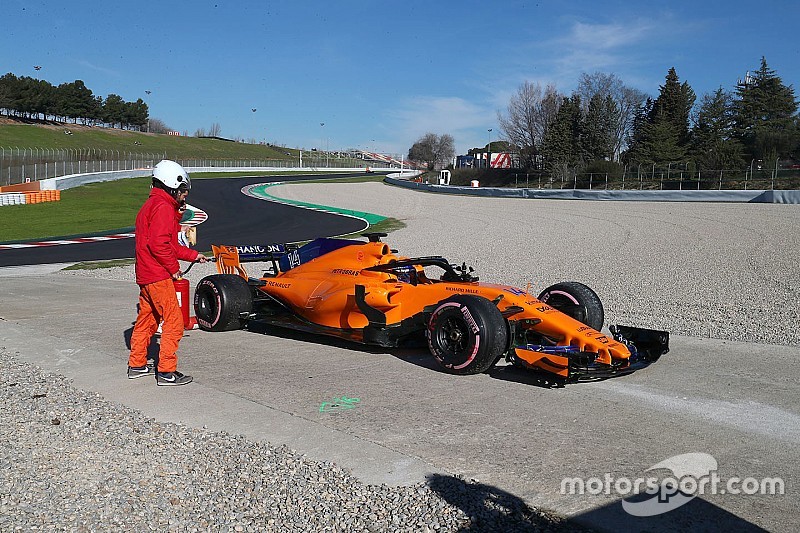 McLaren says the reliability issues that marred its pre-season testing programme have now been sorted, as it heads to the Formula 1 season-opener confident of a step forward in form.

The Woking-based team endured a troubled two weeks of testing in Barcelona as a spate of issues – including a wheel nut failure, battery problems, a loose exhaust and overheating bodywork – left its preparations on the back foot.

But ahead of the F1 season opener in Australia this weekend, McLaren's racing director Eric Boullier says that work at its Woking base since testing has helped the team get on top of what went wrong.

"We didn't have the reliability we had hoped for in winter testing, but all the issues we faced have since been addressed back at the factory," he said.

"There's a huge amount of work going on behind the scenes to ensure we leave no stone unturned in our quest to extract the maximum pace we can from our new package from the first race."

Fernando Alonso reckoned that the team's new Renault-powered MCL33 had shown a lot of promise, as its full pace had not yet been unleashed

"Our car showed a lot of potential in winter testing and, although we know we still have a lot to work on, we've already learned a lot about the package and how all the new elements to this year's car work together," he said.

"Australia is its first real test, and we need to work hard all weekend to bring all the ingredients together.

"Nobody can ever predict how other teams will perform at the first race of the season and that all contributes to the excitement.

"Melbourne is a great track and, after what feels like a long winter, I'm really looking forward to seeing what we can do."

Boullier echoed that with the midfield battle so tight this year, it was hard to judge exactly where McLaren stacked up at the moment.

"We're not expecting miracles to be worked overnight – far from it – but what we do know is that we'll give it our all this weekend," he said.

Fans "won’t have a clue" which driver is behind halo