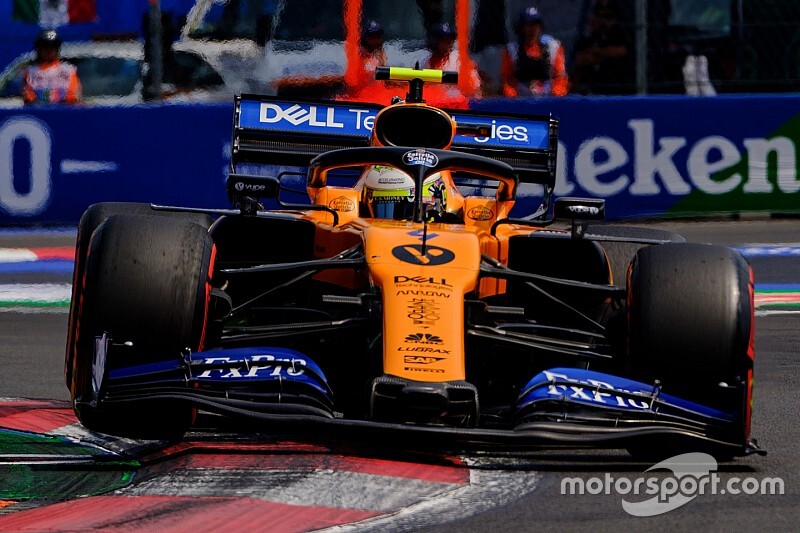 Zak Brown says he does not anticipate McLaren making the same "huge step" with its 2020 Formula 1 challenger as it did last season.

McLaren was a subdued sixth in its first season with Renault engines in 2018, following a turbulent three years with Honda, but was one of the surprises of last season as it finished fourth in the constructors' championship.

That included beating its supplier Renault, and Carlos Sainz recording McLaren's first podium finish since 2014 when he was promoted to third in the Brazilian Grand Prix.

Brown said at Autosport International last year that McLaren anticipated a "good" 2019 car, and speaking on stage at this year's show said the team felt "pretty good" about its 2020 challenger but knows challenging regularly at the front will not "happen overnight".

"The regulations are very, very similar, so I don't think the grid's going to look a lot different. There'll probably be a little bit of surprise here and there.

"Hopefully Williams gets a little bit stronger, that's not good to see them have the year that they had. So hopefully they'll pick up the pace a bit.

"For us, we're still a young team. James Key didn't develop last year's car, this year's [he] did. So let's see what that looks like. Andreas Seidl only joined in the middle of the year.

"Really, what we need to do is just get tidier, more race fit, get a good head-start, the 2021 car's already in the wind tunnel, we feel pretty good about the 2020 car.

"And we just need to kind of keep head down and know that it's not going to happen overnight.

McLaren has retained Sainz and Lando Norris for 2020, and Brown said the relationship between the two was "the best part" of 2019.

"They didn't know each other before and when we first introduced them, I think as Carlos said in one of his interviews, Lando was a bit shy, but they get along really well when they're on the track with each other," said Brown.

"I'm not nervous, unlike maybe the Haas duo; when they're around the track or anybody, I get nervous. They've got a real respect, but they they race each other really hard.

"And they they've been very great to work with and the sponsors and I think all the fans really enjoy them. It's great in this kind of new era of Formula 1 to expose what goes on in Formula 1 in a more natural way."

How Mercedes fooled 'naive' rivals in 2019