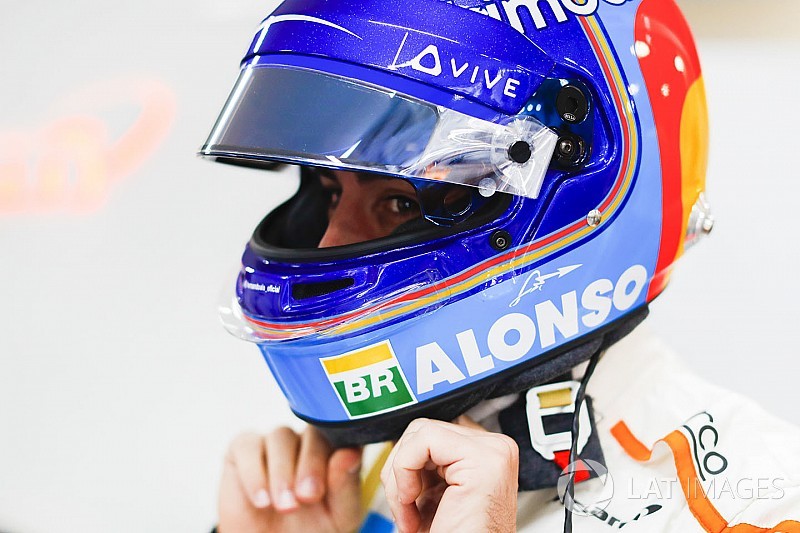 McLaren is “optimistic” Fernando Alonso will be driving for the team next season but needs to prove it will make progress to convince him to do so in Formula 1.

Alonso, who won the Le Mans 24 Hours last weekend to leave just the Indianapolis 500 in his pursuit of motorsport’s triple crown, is weighing up whether to continue his grand prix career beyond 2018.

He could chase victory at Indy with McLaren, which is tipped to enter IndyCar full-time next season in conjunction with either Andretti Autosport or Rahal Letterman Lanigan Racing.

“He’s yet to make a decision. We have a very good relationship with him, he’s been with us now for quite a long time and it depends ultimately on what and where we race and how our Formula 1 car’s developing.

“I’m optimistic Fernando will stay in the family, in the Formula 1 car. As long as he feels we can make a step forward I think it’s something he’d like to continue to do.”

As part of his bid to win Le Mans Alonso signed up for a full-time FIA World Endurance Championship campaign with Toyota alongside his F1 commitments.

That superseason effort will run into 2019, which means Alonso is not short of options to race outside of F1.

If McLaren is to convince Alonso to stay in F1 it first needs to identify its F1 car’s aerodynamic failings, which it is currently unable to do on the windtunnel.

That is hampering development and McLaren secured its worst grid positions of the season for Sunday’s French Grand Prix.

Alonso believes McLaren’s situation is better than it appears.

“Everybody is working flat out,” he said. “Everything is in the right direction, the results are not showing the feeling we have. We need to improve that.”

The two-time world champion added: “We were ninth in the constructors’ championship with zero points [after seven races in 2017] and we’re in a much different position this year [fifth].

“I know everything seems very pessimistic now but the reality is not that pessimistic.

“It’s difficult to say something different, I understand, but I think the reason is we are in an extremely competitive environment.

“The small teams are not small anymore. Williams is one of the biggest teams in history and now they seem [to have] one of the slowest cars. Sauber is a Ferrari ‘C’ [team], Haas has a lot of performance.

“It’s understandable it’s not easy to catch up or close those gaps from one week to another.”