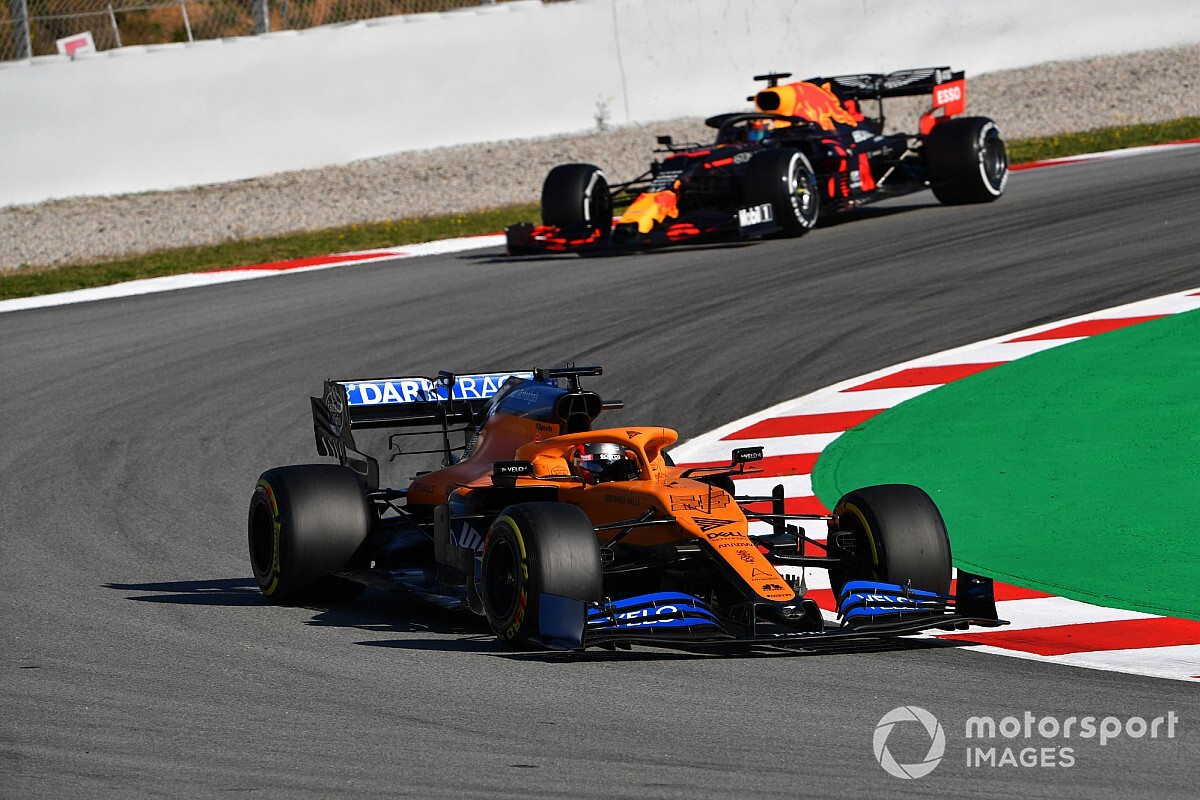 McLaren team principal Andreas Seidl has admitted his team's climb up the Formula 1 grid could be delayed due to the coronavirus shutdown.

McLaren had been on an upwards trajectory in 2019, moving up from sixth to fourth in the constructors' championship, before the coronavirus outbreak put a halt to Formula 1's calendar for the foreseeable future.

Seidl is confident the team can keep up its upwards trajectory when action resumes, but concedes the current shutdown might delay McLaren's ambitious plans to close the gap with the top teams.

"First of all, the most important thing at the moment is to go through this crisis and survive it as a team and as Formula 1," Seidl told selected media including Motorsport.com.

"It's a tough situation for everyone, but I'm confident that as soon as we are through this crisis that we simply can continue the positive momentum we had before we all went into the shutdown."

The lockdown also affects McLaren's off-track efforts to make its way back to the front of the grid.

Seidl is overseeing a wide ranging overhaul of the team's structure and several improvements to the team's infrastructure, including a planned new wind tunnel.

"Also here, still difficult to know exactly how big the delays will be. One thing is for sure, the entire factory apart from the ventilator production is in full shutdown at the moment, so this means also the infrastructure projects are on hold.

"We simply need to see now together with all our companies and suppliers working together on this project how big the delays will be once we get going again."

McLaren had been pinning its hopes on the all-new technical regulations for 2021 as an opportunity to further bridge the gap to the likes of Mercedes, Ferrari and Red Bull.

Those regulations have now been pushed back to the 2022 season, which means midfield teams will need to wait longer to benefit from a potential shake-up.

"It is no secret that we as McLaren were pushing a lot to get these new regulations in place for 2021," Seidl added. "But at the same time we fully understand and support why they have been delayed.

"In terms of timing I think it's clear that with the shift of the regulations by one year and with this long shutdown, it will potentially delay our way back up the grid.

"But at the same time, that's the challenge we're in. We have a clear plan in place of what we have to do in the next months and years in order to move up the grid again."

While the technical regulations have been moved back by one year, the planned $150 million budget cap is still set to come in from 2021. The exact details of the cost cap remain the subject of discussion, with McLaren hoping that figure can be lowered as a response to the coronavirus crisis.

"We would like to see the budget cap as low as possible. We have put out the number of $100 million, which is something we would be in favour of.

"I clearly see a commitment from everyone, understanding that we are in a big crisis and that we have to make big decisions to make sure we protect the teams and protect Formula 1."