Nikita Mazepin is convinced that the lighter new Haas chassis that he has had since the Belgian Grand Prix has "massively improved" his qualifying pace in Formula 1.

The Russian felt that his performance over the first half of the campaign had been hindered by him having a slightly heavier chassis than his teammate Mick Schumacher.

Haas agreed to provide him with a new chassis after the summer break, but team principal Gunther Steiner was sceptical that it would make much of a difference because the weight difference was not that much.

Although Mazepin has yet to outpace his teammate in a regular qualifying session with the change, he thinks there has been a noticeable uplift in what he can achieve in the car, especially when it comes to Saturday afternoons.

"I think our one-lap pace has massively improved ever since I drive from FP1 in Belgium," explained Mazepin.

"I think we all know what was the change in FP1 in Belgium. So it's good to know that I can trust my feelings.

"The good thing is that the pace is here now, and we have a long season ahead of us.

"So I'm sure that it's only going to get better, because the confidence that I have lost in the beginning of the year, when the car wasn't doing what it was supposed to do, now it's coming to the truth." 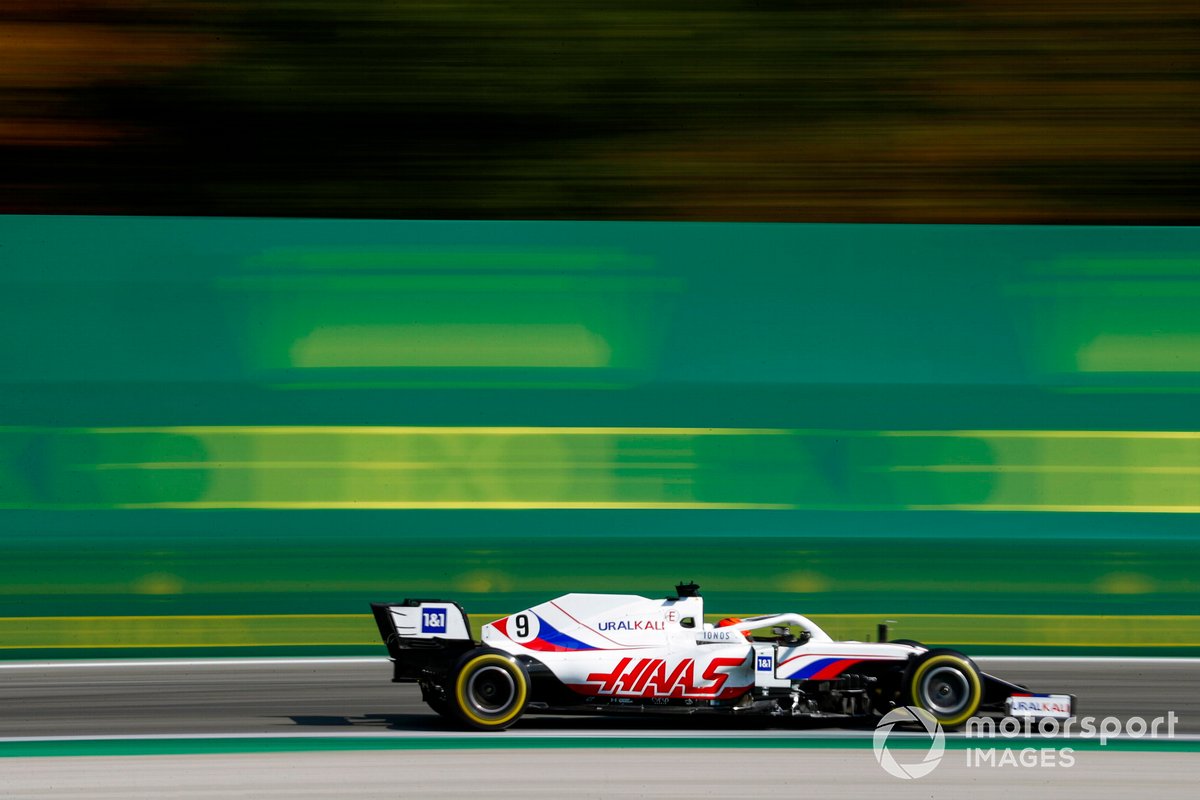 Mazepin reckons that it was completely logical to expect an uplift in speed thanks to having a lighter chassis.

"Going into school physics, the more weight you have going with you in the corner, the more downforce you need to carry the same speed," he explained.

"Obviously, we have only so much downforce that we use in this team, and the more weight you have in the corner, the more sliding you have.

"So the less weight from the car, the more speed I can carry with being in the same position as my teammate.

"You can speak all you want, but I think I've definitely taken an all of a sudden step in a better direction. And, to me, it's very clear.

"I've been fighting for an equal position to be in for quite long, and I'm very happy to be in it. But as a rookie driver in Formula 1, you know, fighting with super stars, who've been here for a long time, I still need to improve in a lot of areas."