Formula 1 needs to do more to level out the performance between different cars, reckons Fernando Alonso, so the fight for podiums is more equal.

While F1 is about to embark on an all-new rules era from next year, with cars hopefully able to run much closer to each other, there are concerns that the gap between the top teams and the rest could actually grow in the short term.

Alonso, who has raced through many different regulation eras in F1, believes it is critical that the sport's chiefs focus more on trying to level the performance gap so the best drivers can show what they are capable of.

"What we have to address, and probably next year is the first step, is the difference between cars," explained the double world champion.

"Now, if you are lucky enough that you drive a competitive car, your only fight is with your teammate, not with another team, and you will finish on the podium in 95 percent of the races you do in the year.

"It doesn't matter if you're 19 and it's your rookie season, or if you're 45 and you're the oldest one. You will be 95 percent on the podium.

"And that's maybe something that we need to address as a sport. We need it to be a little bit more open for anyone to have inspiration one day that they can fight for podiums. At the moment this is not possible."

Alonso's frustrations about the difficulties of fighting regularly for podium finishes comes at a time when he believes the quality of drivers on the grid keeps getting better.

Reflecting on his development as a driver, Alonso says that the development of skills needed to performance at the best in F1 should not be underestimated.

"You learn so many things on the journey, on how to deal with different situations in Formula 1," he said. 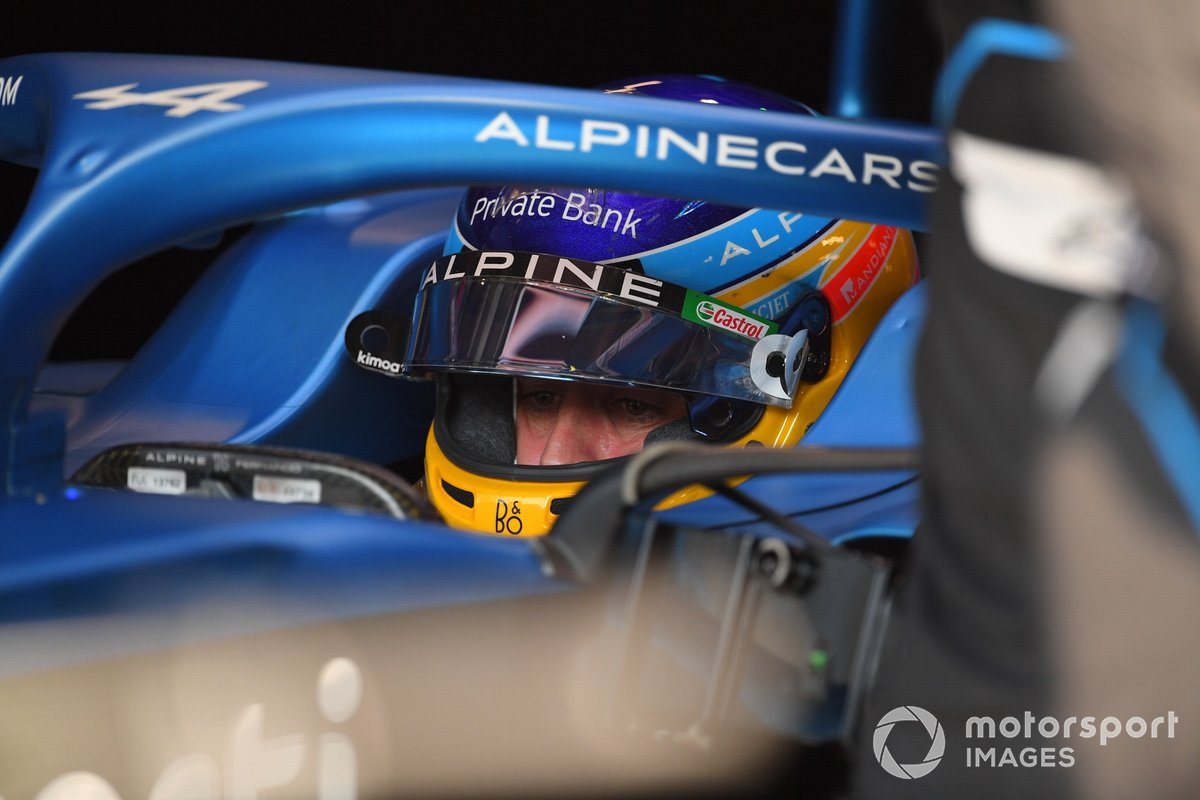 "When you get into the sport you see that there are some big differences compared to any other junior categories. For three or four years you keep learning about the system and how everything works.

"And after that you start the next step, which is probably learning how to maximize the potential of the car.

"It's not any more driving at the maximum, as you normally did in go-karts or junior categories: here you have to deal with different problems and different scenarios in the race: tyre degradation, strategy, you know, things that you have to keep nailing every weekend.

"Eventually you get to a point that you're better and better every race and every time you jump in the car, because you learn more things about the car and how the team is helping you to develop your driving style, specifically for that year and for that tyre and for that aero configuration.

"Then, the following year, everything resets again, and you have to relearn a couple of things. So you're constantly improving as a driver."