Mazepin explains why he jumped out-lap queue in Q1

Haas Formula 1 driver Nikita Mazepin says his team instructed him to overtake his rivals during the dying moments of the first segment of qualifying for the Bahrain Grand Prix.

The Russian rookie, preparing for his maiden race outing in F1, was seen jumping the warm-up lap queue, overtaking three cars running slowly ahead of their final flying laps.

F1 drivers have a gentleman's agreement not to overtake each other during warm-up laps.

Mazepin, however, passed three rivals before spinning in front of them, ruining the laps of Alpine's Esteban Ocon and Aston Martin's Sebastian Vettel, who were both knocked out in Q1 as a result.

The Haas driver defended his actions, however, saying he needed to drive faster in order to make it in time to complete his final run.

"I want to be very clear on that. I've also been already informed about this. I am team's driver," Mazepin said of the incident. "We have radio intercom and I'm instructed to do what I'm told.

"So I've crossed the start/finish line with two seconds left under my belt, otherwise, I would have got a red flag, and there was no time to wait.

"I was obviously in the queue like everyone else, but I have been told that if I don't go now the session is over. And what else do I have to do?

"I have to follow what the team tells me, because in the end that's my job. So I'm sorry if somebody is unhappy about it, but I follow my engineers' advice." 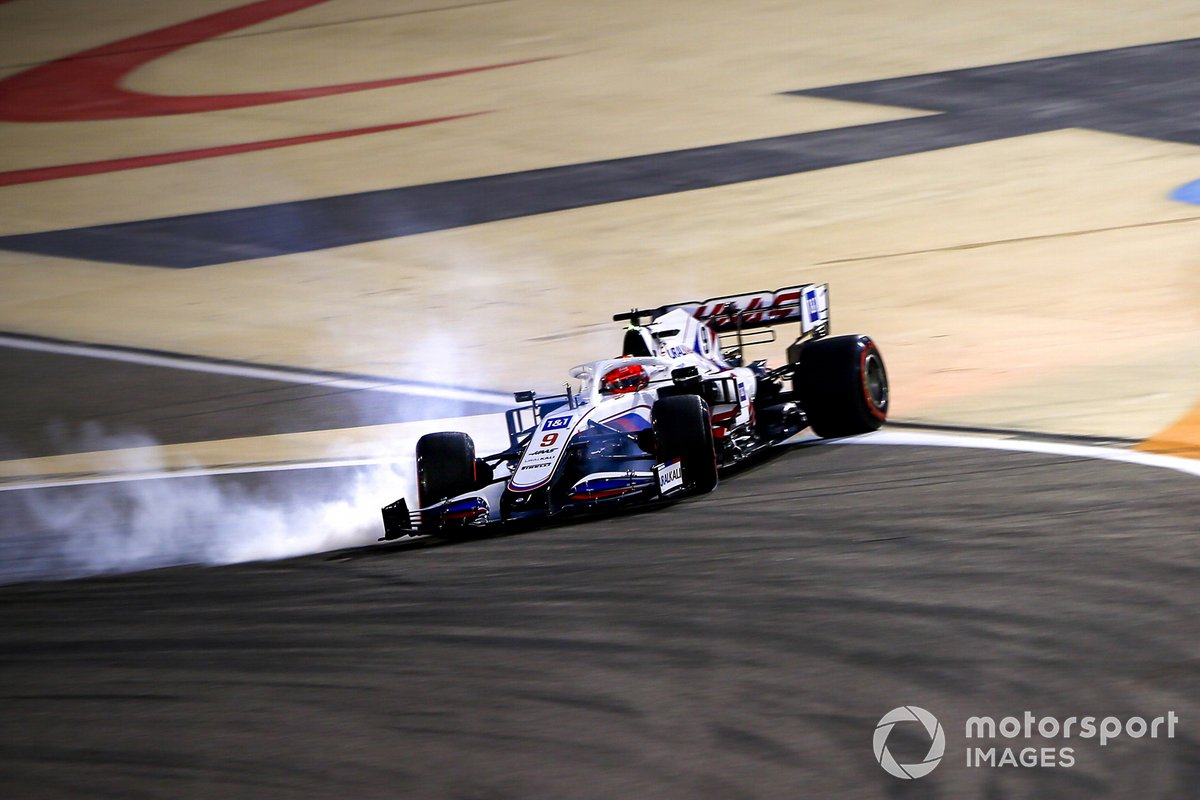 Asked if other drivers had complained about the move, he said: "Negative."

Mazepin endured a difficult day, spinning twice during the session on his way to the slowest time of the day, over eight tenths behind teammate Mick Schumacher.

The rookie said "something changed" from pre-season testing, which he finished "in a happy place", to this weekend's grand prix.

"Obviously, ever since I started the weekend I wasn't in that happy place before," he added.

"I'm very confident that I will come back to the happy place as soon as possible. However, like you said, I'm not there yet. But the season is long and hopefully I'm on the way to the destination."