McLaren insists it has no disappointment with its Bahrain Grand Prix qualifying form, after claiming others had hyped up its Formula 1 potential too much.

A strong pre-season test for the Woking-based outfit, allied to some rapid laps in Friday practice at Sakhir, pointed to McLaren emerging as the main threat to Red Bull and Mercedes.

But Daniel Ricciardo and Lando Norris ended up qualifying sixth and seventh on the grid, having been edged out by Ferrari's Charles Leclerc and AlphaTauri's Pierre Gasly.

McLaren team principal Andreas Seidl said the performance in Bahrain was exactly what the team had been predicting, with factors outside of its control having flattered its potential.

"I think what there was a bit of a hype after the test, and after practice, regarding our performance, but we always knew and were always realistic about where we think we are," he said.

"In practice we just looked better than where we should have been because of, I guess, different settings that have been used in order to be best prepared for qualifying.

"I think we simply showed more than the others and that's why, at least from what I could read in the media or heard, there was a bit of a hype." 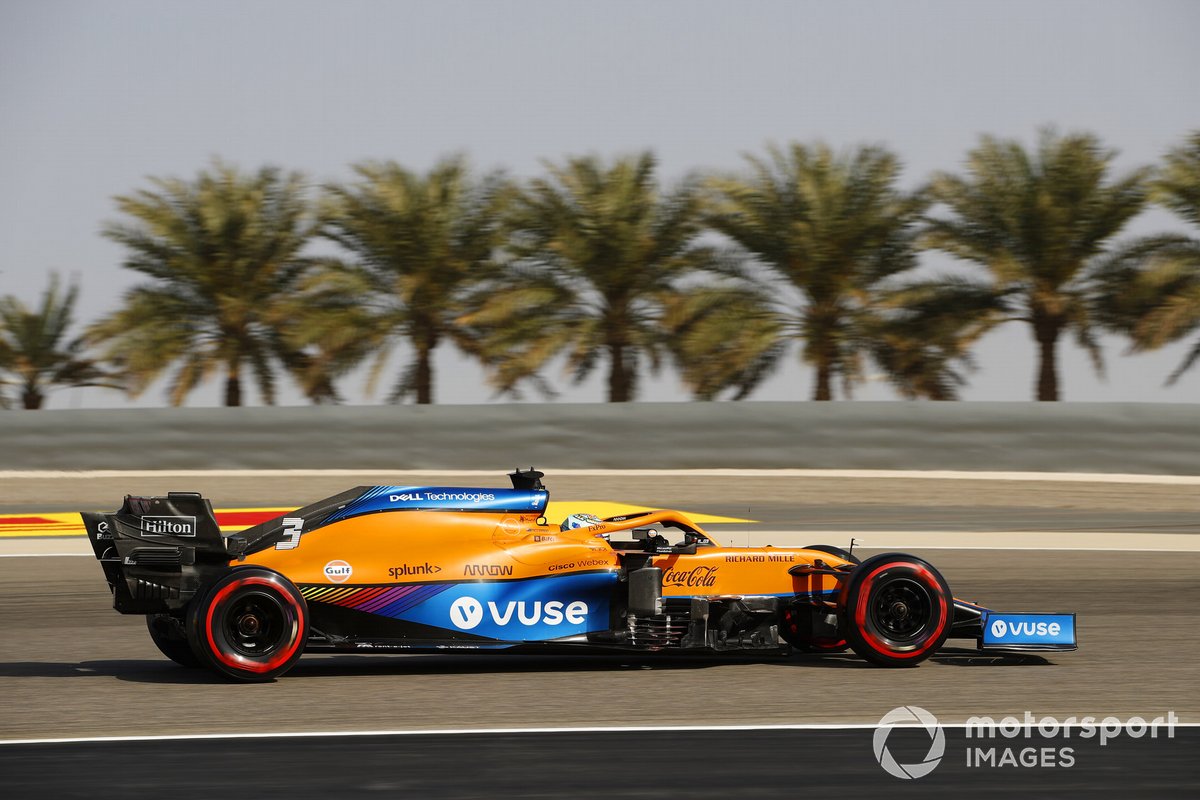 Norris said McLaren always expected to be in the mix with Ferrari and AlphaTauri in qualifying.

"We're not surprised," he said. "I think we knew where we would probably be. We knew we were going to be fighting the AlphaTauris and Ferraris, and I think we were in the mix obviously."

Ricciardo added: "It is so close that group behind Mercedes and Red Bull. I think this is going to be a trend probably and it could be all season. But certainly for the first few races, I think it's going to be separated by probably just who puts a better lap together."

Despite McLaren not emerging as the clear third-best team, Seidl said he was still pleased with the progress his team made over the winter as it switched from Renault to Mercedes power.

"It's important to stay realistic of the picture of where we are," he said. "I'm very happy with the progress we could make over the winter with the team, with development on the car side, with integration of the Mercedes power unit, and with getting both drivers ready for the season.

"We have to make sure that we are again performing well at the race weekends to score big points each weekend, and then I think we're in a good position to fight again for a good position in the constructors' championship."

Mazepin explains why he jumped out-lap queue in Q1