Verstappen heads into this weekend’s race in Mexico leading Hamilton by 12 points at the top of the drivers’ championship with five rounds left this season, having extended his advantage with victory at the United States Grand Prix two weeks ago.

Mercedes driver Hamilton backed Red Bull to be “rapid” at the Autodromo Hermanos Rodriguez as the high altitude conditions look set to play to the strengths of Verstappen’s car.

Verstappen and Hamilton have crashed together twice so far this season – at Silverstone and at Monza – as well as a number of other close moments on-track.

Comparisons have been drawn to the incidents between Ayrton Senna and Alain Prost at the height of their rivalry, but Verstappen said it was not something that was on his mind.

“I don’t really think about previous historic fights between two drivers, what they have done,” Verstappen said. “That’s the past. I just focus on what I have to do on-track, and that’s to try and do the best I can.

“That’s how, at the end of the day, you’re going to win the championship. You have to try and get the most available points out there, and of course try to beat your rival.”

Asked by Motorsport.com if he would change his approach when battling Hamilton wheel-to-wheel with a growing points lead in mind, Verstappen replied: “Not really, no.

“My approach will be the same as the whole year. I always try to score the most available points.

“Out there, I of course race hard, like Lewis does, like everyone else does, and of course we’ll always try to keep it clean.” 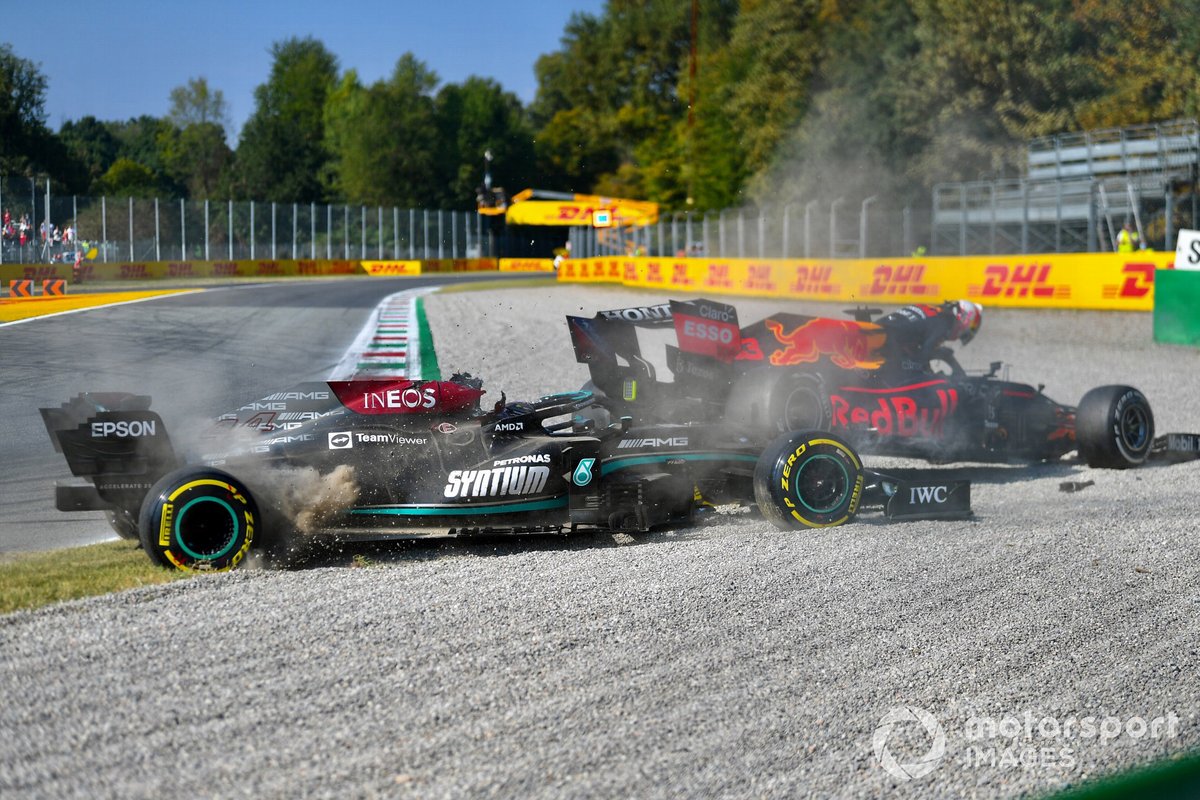 Speaking on Thursday, Hamilton made reference to the fact that Verstappen was in his first F1 title battle when discussing the pressures involved of their fight. But Verstappen felt he was having no issues staying calm and handling the intensity of the championship fight.

“I like what I’m doing, so that takes the pressure off,” added Verstappen. “It’s not the first time that I’ve been in a championship fight. Yes, first time in Formula 1, but not in my life.

“At the end of the day, that doesn’t really change, because you need to win, and that’s what I’ve been doing in the past as well. So I need to just try and do the same here.

“Like I have said already in previous races, when the car is capable to win, I’ll win. If the car is not capable of winning, I’ll not win.”

Hamilton wants to win F1 title ‘the right way’, not like Senna/Prost