Subscribe
Previous / Rossi excited by Miami GP, but says F1 is rival to IndyCar Next / Alonso motivated to stay in F1 "because I feel better than the others"
Formula 1 News

Haas Formula 1 driver Kevin Magnussen says he has no longer has the "big weight" on his shoulders of aiming to become a world champion after his year out.

Magnussen and teammate Romain Grosjean were replaced by rookies Mick Schumacher and Nikita Mazepin for 2021, largely for financial reasons.

But after Haas terminated Mazepin's contract in the wake of Russia's invasion of Ukraine, due to the Mazepin family's links with the Russian Kremlin, Magnussen was brought back in from the cold and given a second chance alongside Schumacher.

Magnussen said the year out of the category had made him accept his dream of one day becoming an F1 world champion wasn't going to happen.

While his unlikely comeback means that dream is theoretically alive again, he says he no longer carries the weight of those expectations on his shoulders.

"I think it's different. Again, because I closed that chapter and I kind of got to a point where I accepted that that wasn't going to happen," 29-year-old Magnussen said.

"And now coming back, I just take it as day-by-day kind of thing. I try to focus on the job, try and have fun, push everything I can.

"I don't feel like I have this big weight on my shoulders of expectation. I would love to be Formula 1 champion. It's still as much a dream, but I don't think I have the same kind of expectation. If it happens, I'd be super happy.

"And I'm here now in the sport, I have a seat, so everything is possible. But I don't feel like some weight off my shoulders." 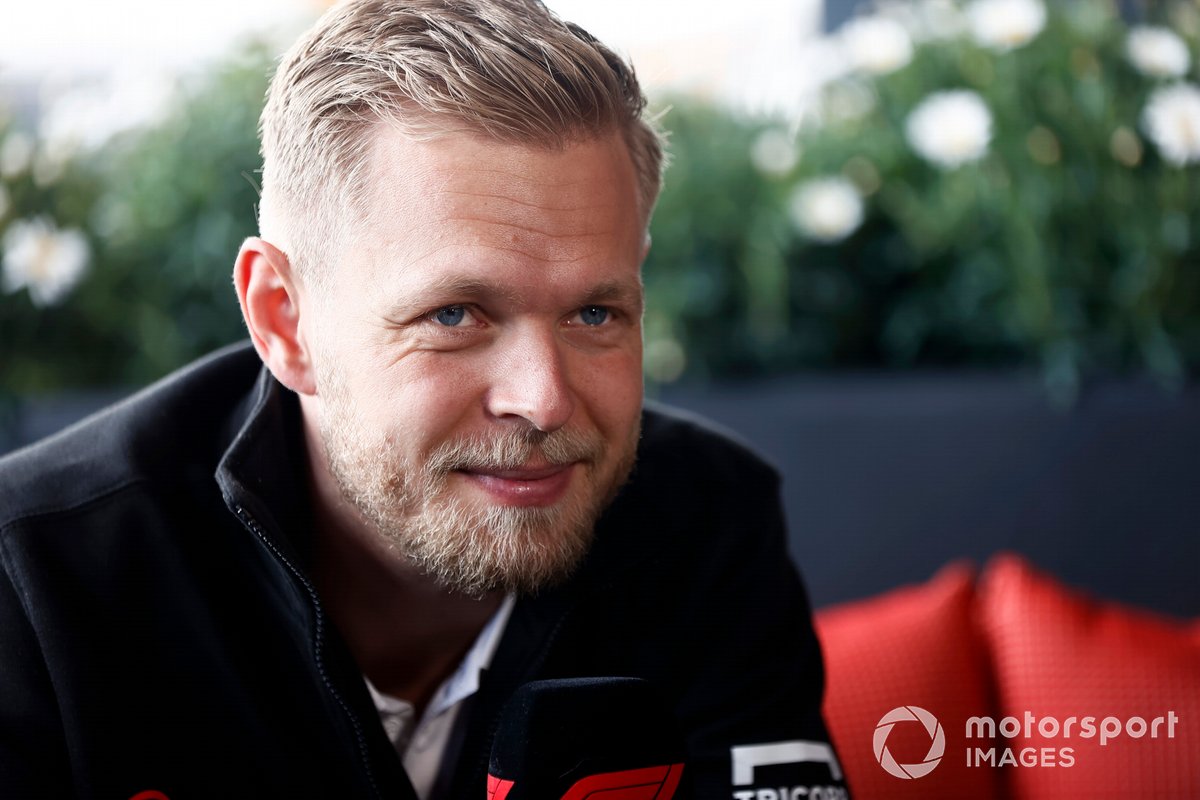 The Dane, who spent a year competing in IMSA for Chip Ganassi's DPi programme and had a Peugeot Hypercar drive lined up, said the year out of the sport had also made him change his perspective on how much he loved competing in Formula 1 despite spending his last years in uncompetitive machinery.

While Magnussen admitted he was left frustrated during his first stint in F1, he says he now has a better appreciation of his position.

His new-found enjoyment at a resurgent Haas was on fine display through his boisterous reaction to a stunning fifth-place finish in 2022's Bahrain season opener, or to an equally stellar fourth place in Imola qualifying.

"Yeah, that happens to everyone, whatever it is. Sometimes when you lose something, you realise what you had," he reflected.

"And certainly, when I was out last year, I looked back at my Formula 1 career and felt very grateful suddenly.

"I was grateful before, but not in the same way. I was more frustrated with a lot of things and so focused on where I wasn't: focused on the fact that I wasn't winning, rather than actually happy about being in Formula 1.

"I wasn't really able to appreciate it, so things have changed a little bit."

Rossi excited by Miami GP, but says F1 is rival to IndyCar