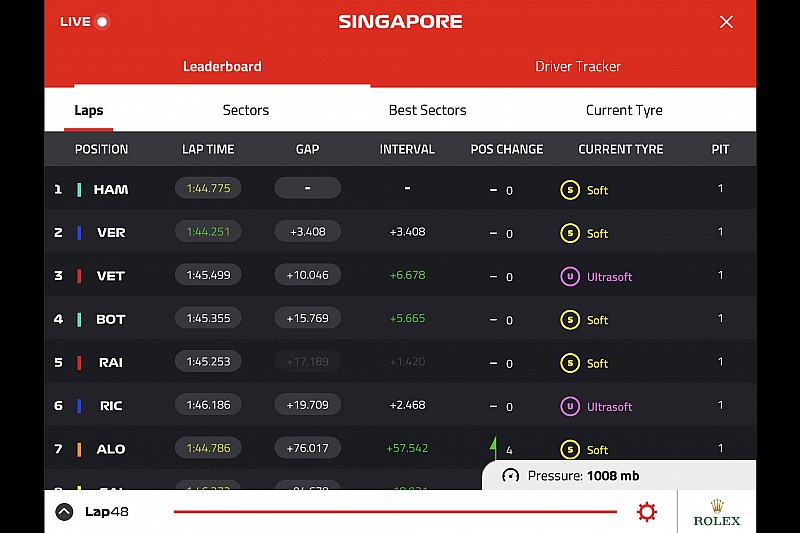 Formula 1 says improving the live timing on its newly-upgraded app is a priority after a barrage of complaints during the Singapore Grand Prix weekend.

F1 rolled out a new version of its phone/tablet app, which featured heavily revised live timing that reduced the amount of data visible on a single screen, ahead of the event.

Reviews of the app online criticise the limitations on live timing, which limit the number of drivers visible on screen without scrolling to as few as seven and require users to switch between multiple screens to gather information previously available in one.

"We have updated the app platform with a view to introduce an additional range of new features both in the short and long term," a spokesperson told Motorsport.com.

"As part of the usual development program of an app, there are a number of new releases already in the pipeline.

"We are aware of the issues related to the live timing feature and this is one of the priorities of the next releases."

Motorsport.com understands that there are no plans to roll back the app to the previous version, as requested by some users.

This is because the upgrades to the platform, which extend far beyond the live timing element and in many areas are a genuine improvement, are integral to expanding its functions.

Feedback on the previous edition appears to have suggested the live timing was considered by some to be too difficult to read, leading to an increase in font size and the ill-fated attempt to make it easier to use.

While the timescale for changes to the live timing function is not clear, it's believed that there will be upgrades made to the app over the remaining races of the season.

Upgrades will also tackle the numerous glitches users complained about, among them problems logging on to live timing and intermittent audio.

The live timing component of F1's app is undoubtedly the key function that persuades users to pay for the required subscription.

To redesign live timing smacks of a failure to understand it is by it's nature a data-dense and unattractive function, ill-suited to the bells and whistles beloved of those designers who focus on form over function rather than combining the two.

The longstanding previous version of live timing worked well, conveying large amounts of information on its selection of screens and also making it easy to see improvements of laptimes, sector times and changes of positions.

The new live timing spreads out the information and makes it impossible to follow the race as comprehensively, which is at the heart of the myriad complaints. Just look through the plethora of one-star reviews on the iTunes App Store or replies to @f1help on Twitter for proof the dislike of the changes stretches beyond F1 journalists!

Other aspects of the app are an improvement, despite the glitches that will be worked through, but the changes to live timing smack of a lack of both understanding of the product and oversight of those undertaking the work that this was rolled out to near-universal derision.

F1 has promoted the live telemetry, which allows you to see speed, throttle and braking information for each driver, as an improvement and it is. But harnessed to a live timing system not fit for purpose, it's no surprise the changes have proved so unpopular.

Now, F1 must show it's willing to take fan feedback onboard and make the changes quickly and effectively. Credit to F1 for accepting there are problems and making it a priority, but shame on F1 for letting it happen in the first place. 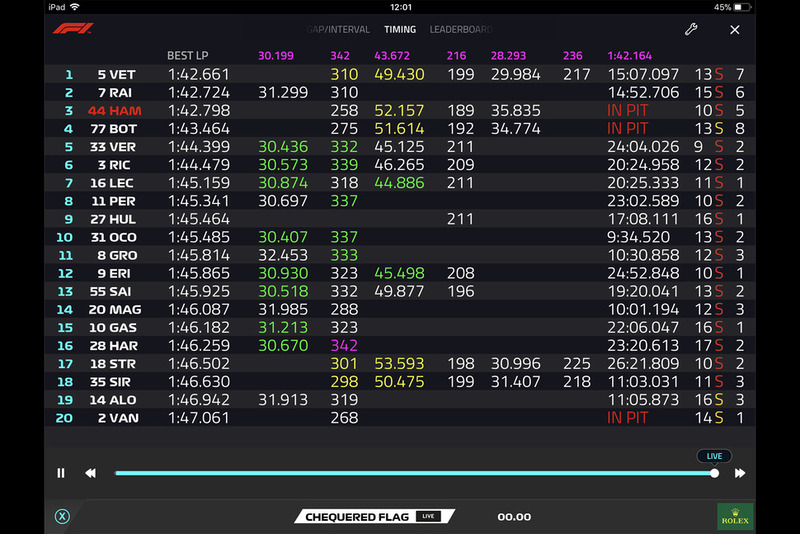