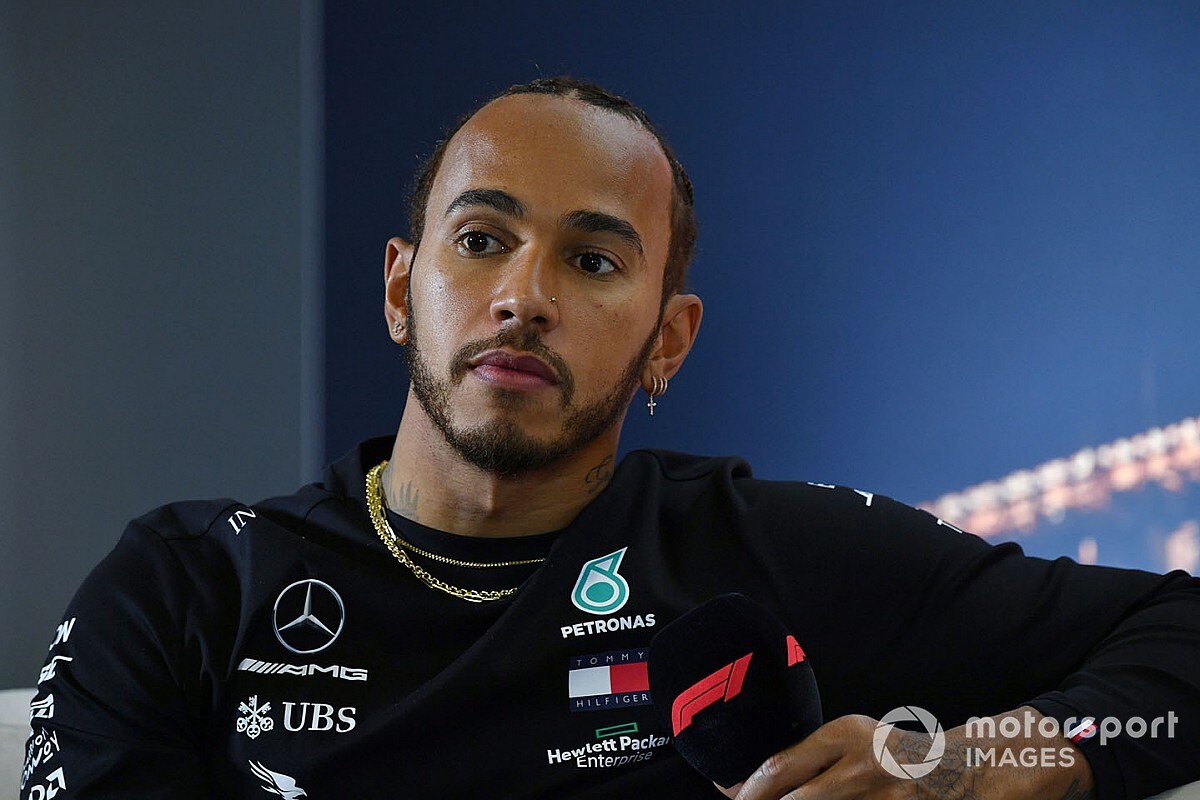 Protests and rallies have been held across the world in recent days following the murder of George Floyd, an unarmed black man, by police in Minneapolis on May 25.

Numerous prominent sporting stars and public figures have used their platforms to lend their support to the ongoing protests and the #BlackLivesMatter movement, including Hamilton, who has shared regular posts in recent days.

On Sunday, Hamilton took to Instagram to call out his industry for “staying silent” on the matter through a post on his Stories.

“I see those of you who are staying silent, some of you the biggest stars yet you stay silent in the midst of injustice,” Hamilton wrote. “Not a sign from anybody in my industry which of course is a white dominated sport. I’m one of the only people of colour there yet I stand alone.

“I would have thought by now you would see why this happens and say something about it but you can’t stand alongside us. Just know I know who you are and I see you.”

Hamilton went on to reiterate his support for those protesting peacefully, but added: “There can be no peace until our so-called leaders make change.

“This is not just America, this is the UK, this is Spain, this is Italy and all over. The way minorities are treated has to change, how you educate those in your country of equality, racism, classism, and that we are all the same.

“We are not born with racism and hate in our hearts, it is taught by those we look up to.”

Hamilton has previously spoken out about the need for greatest diversity within motorsport, saying back in April he thought the situation was “worse than ever before”.

The six-time world champion said last June he was eager to work with F1’s leaders to try and help shift paradigms within the sport in order to create lasting change.

“I really, somehow, want to be a part of shape-shifting that with Formula 1, working in co-operation with Formula 1 and the FIA,” Hamilton said. “I don't know why there's not enough university students, engineers, mechanics and even within the media, coming through from more diverse backgrounds.

“I don't know, that's always been the way it is today, but I see a real opportunity there to be a part of shape-shifting that. So, in 20 years, I want to look back [and] if I ever hear someone whispering, they would say that I was a part of shifting that.”

"To be completely honest, I felt out of place and uncomfortable sharing my thoughts on social media about the whole situation and this is why I haven't expressed myself earlier than today," Leclerc wrote.

"And I was completely wrong. I still struggle to find the words to describe the atrocity of some videos I've seen on the internet.

"Racism needs to be met with actions, not silence. Please by actively participating, engaging and encouraging others to spread awareness. It is our responsibility to speak out against injustice.

"We all have a voice to speak up for what's right – and until now I didn't know how to use mine in this situation," wrote Williams' George Russell.

"To echo Charles Leclerc's words, I just felt out of place sharing my thoughts on these atrocities publicly.

"I struggle to comprehend what I'm seeing in the news and on social media right now - and honestly, I still can't find the words to express how it makes me feel. But ultimately, no matter how uncomfortable it may be to speak out, silence achieves nothing.

"It's time we all stand together and kick racism out of our societies for good. Use your voice, spread awareness as far as you can. We're all responsible for ending the injustice."

Carlos Sainz said: "These issues that we are facing nowadays in 2020 makes us think that we have gone back in time regardless the suffering and tears of our ancestors. It's crazy to think what is still happening right now, we all have the same blood.

"Regarding our environment, we're a global sport with workers and fans from all over the world, from various backgrounds, religions, skin colours and conditions. We work together in great harmony to entertain everyone around the globe and spread a message of sportsmanship and unity.

"I absolutely condemn all types of racism and all types of injustice. Diversity pushes us forward, we embrace it. Hopefully one day everyone will."