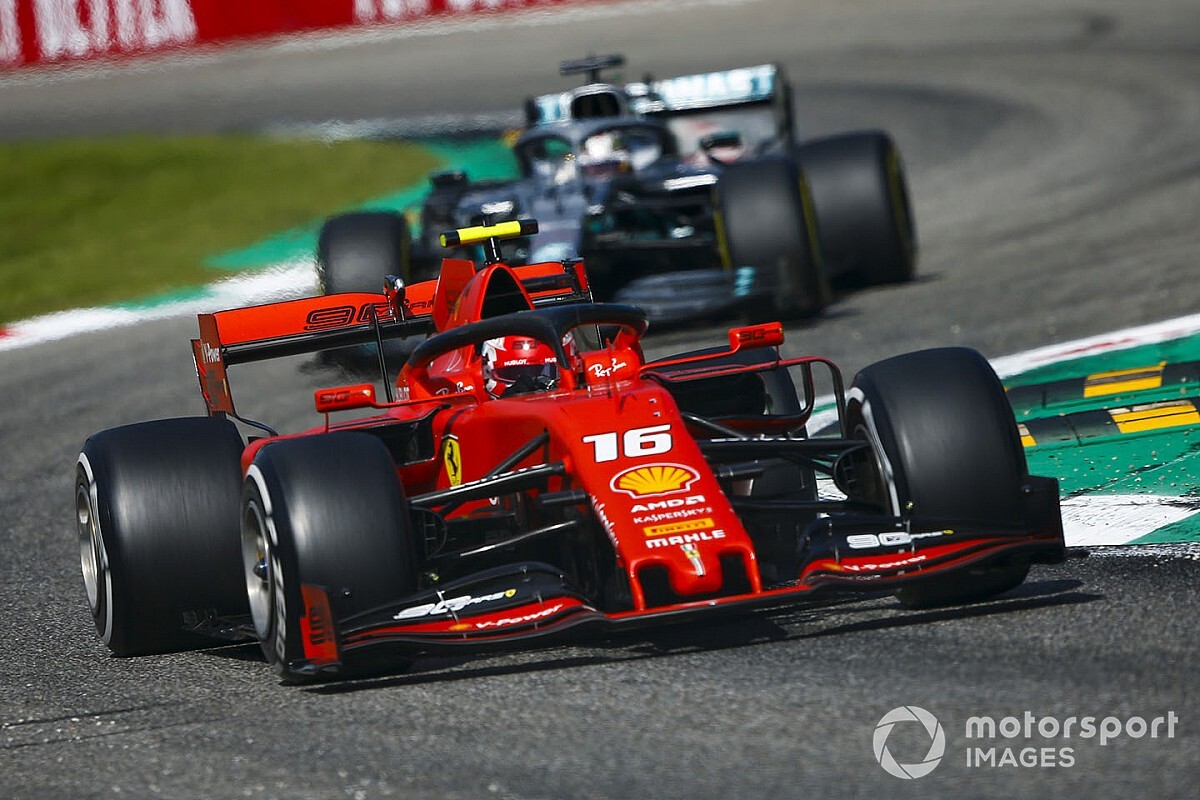 Leclerc was overtaken by Verstappen late on after wheel-to-wheel contact in the Austrian Grand Prix, and the decision not to penalise Verstappen then has formed part of a new policy to let drivers race each other harder.

At Monza on Sunday, Leclerc resisted a lengthy attack from Lewis Hamilton and twice triggered irritated messages from the Mercedes driver over the radio: first when he forced Hamilton to take to the run-off at the Roggia chicane and second when he jinked left to block the championship leader through Curva Grande.

Leclerc said: "Since Austria it's clear we can go a bit further in the way we defend and overtake and just the aggressiveness of us drivers.

"I believe that Austria helped me changed the approach and today it's also thanks to this that I managed to win. It was obviously very on the limit but I'm happy to race like this."

Leclerc was shown the black-and-white flag for his move to the left as Hamilton attacked on the outside into the second chicane.

That is a recently-revived option by the FIA to act as a warning to drivers, with a penalty to follow if they commit a second offence.

"I was aware on the radio I took a black/white flag for moving under braking," said Leclerc. "To be completely honest, I knew he was on the right, he braked a little bit early.

"It's good if we can race harder."

Hamilton was not convinced Leclerc was treated correctly by officials.

"We've constantly asked for consistency," said Hamilton. "There was a rule put in place and it wasn't abided by today. They used a different consequence. I don't really know why that was the case.

"I guess the stewards woke up on a different side of the bed."

Asked by Motorsport.com if he felt Leclerc was on the limit or over it, Hamilton replied: "That's racing, I guess. I had to avoid colliding with him a couple of times. But that's how the racing is today."

Gallery: All Ferrari wins at the Italian Grand Prix